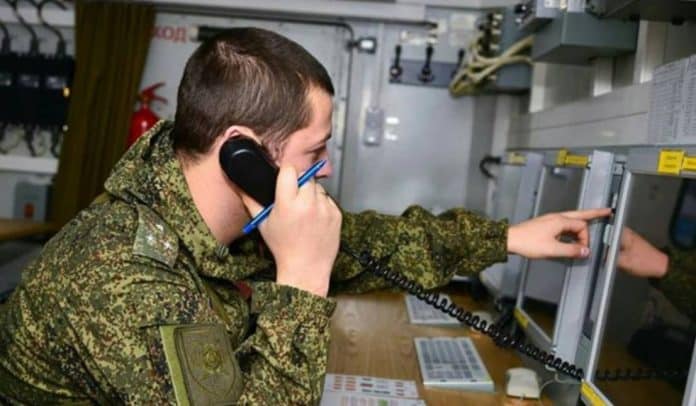 Izvestia reported that the first set of Russia’s advanced electronic military instruments has been sent to a Russia-run base in Syria on a Il-76 plane.

It further said that the dispatched electronic military instruments are capable of sabotaging radars, communication devices and navigating boards of intruding aircraft on Syria.

The paper went on to say that the Russian electronic instruments can also sabotage satellite navigating systems, including those that are deployed to regions around the Mediterranean Sea.

In the meantime, another Russian paper, Kommerisant, quoted a well-informed source as reporting that Moscow will send four S300 Air Defense Missile Systems to Syria in the next two weeks, adding that the number of systems can also rise to 6 or 8 if needed.

During a Monday briefing, Russian Defense Minister Sergei Shoigu said Moscow will deliver the S-300 air defense systems to Syria within two weeks as an adequate response to Israel’s role in the downing of the Russian Il-20 plane last week.

“The Syrian Armed Forces will be supplied with the advanced S-300 air defense missile system within two weeks. It is capable of intercepting air threats at a range of more than 250 kilometers and simultaneously hitting several aerial targets,” Shoigu stated, adding that the S-300 would significantly boost Syria’s combat capabilities, Sputnik reported.

“Command posts of the Syrian troops and military air defense units will be equipped with automatic control system, which have been supplied only to the Russian Armed Forces. This will ensure the centralized management of all Syrian air defense forces and facilities, monitoring of the situation in the airspace and prompt target designation. Most importantly, it will ensure identification of all Russian aircraft by the Syrian air defense forces,” Shoigu stressed.

The defense minister stated that Russia would jam satellite navigation, on-board radars and communication systems of combat aviation over the waters of the Mediterranean Sea.

“Russia will jam satellite navigation, on-board radars and communication systems of combat aircraft, which attack targets in the Syrian territory, in the regions over the waters of the Mediterranean Sea bordering with Syria,” Shoigu said.

He proceeded to say that Moscow had stopped delivery of S-300s to Damascus back in 2013 at Israel’s request, but the situation around the supplies has changed “through no fault of Russia”.

According to the defense minister, an Israeli F-16 jet used the Russian Il-20 aircraft as a shield, which resulted in the downing of the plane by Syrian air defense systems.

“This forced us to take an adequate response aimed at improving the security of Russian troops performing tasks to combat international terrorism in Syria,” he added.

Shoigu further stressed that if measures taken by Russia following the Il-20 crash over the Mediterranean fail to cool “hotheads”, “we will have to respond in line with the situation”.

“We are convinced that the implementation of these measures will cool hotheads and prevent ill-considered actions threatening our servicemen. Otherwise we will have to respond in line with the current situation,” Shoigu stated.

Meanwhile, the Israeli Embassy in Russia has refused to comment on the statements made by Shoigu so far.

Earlier this week, the Russian defense ministry accused the Israeli Air Force of providing misleading information about the area of the planned airstrikes on Syrian targets, thereby violating its agreement with Russia. Shortly after that, Israeli Defense Minister Avigdor Lieberman stated that Tel Aviv would continue its military operation in Syria despite the Il-20 incident.

“We won’t let Syria be turned into a main Iranian military facility against the Israeli state. We continue to act… and we have all the necessary means and opportunities to this end,” he said.

On September 17, the Russian Il-20 aircraft with 15 servicemen on board vanished from radar screens near Humeimim Airbase in Syria. According to the Russian ministry of defense, the disappearance coincided with an attack by four Israeli F-16 military jets on Syrian targets in the province of Lattakia.

The defense ministry stressed that the Israeli Air Force used the Russian reconnaissance plane as a cover, thus subjecting it to an attack by the Syrian air defenses, with a Syrian S-200 surface-to-air missile hitting the Russian Il-20 while trying to repel Israeli strikes. Israel, for its part, insisted that Syria was responsible for the downing and that by the time the plane was destroyed, the four F-16 were already on their way home.