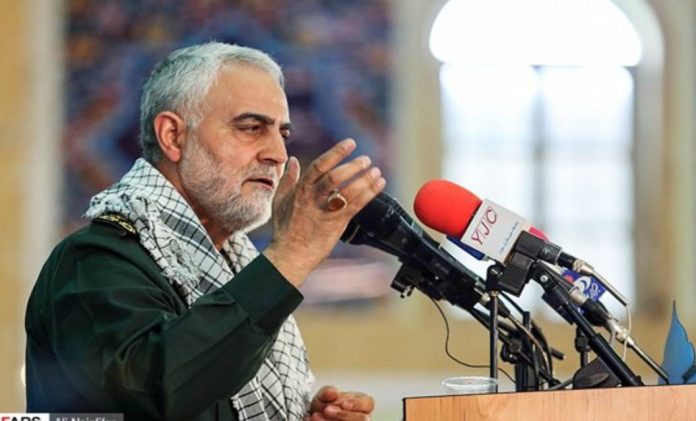 A commander of Hashd al-Shaabi quoted General Soleimani as saying that “if the US forces target the Hashd al-Shaabi and Iraqi Islamic resistance forces, we will open the gates of hell to them”, Iran-based Keyhan daily reported on Tuesday, quoting the report from al-Qad Press.

The US-led coalition has several times in the past few years targeted the Iraqi resistance forces who were the main force in the country’s fight against the terrorist groups, specially the ISIL.

In a latest case, a field commander said on Monday that the US-led coalition artillery units opened fire at a base of the Hashd al-Shaabi forces in Western Anbar.

The source further said that the artillery shelling targeted areas near Hash’s base, adding that Hashd sees the move as an intentional attack on its forces.