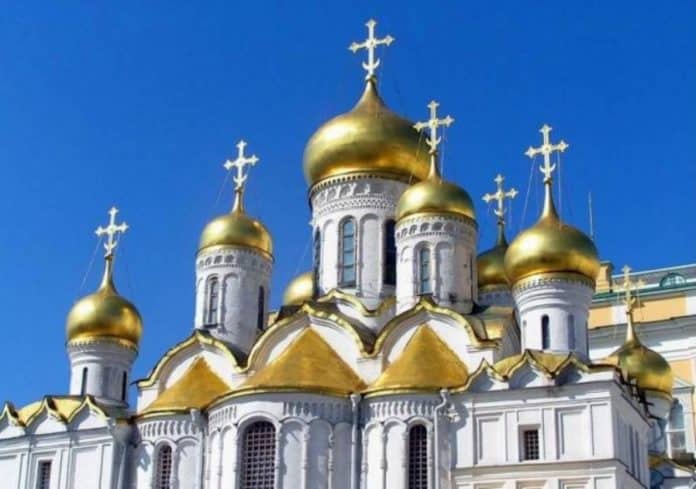 By Leyla Yesiltas for Veterans Today

On Monday, a Turkish news website Dik Gazete published an article Erdogan’s Washington – Brunson – Ukraine game written by Adnan Cavusoglu. According to the author, there is a connection between the rumored release of Pastor Andrew Brunson on October 12, the Ecumenical Patriarchate’s decision to grant autocephaly (independence) to the Ukrainian Orthodox Church and the ease of Washington’s sanctions on Turkey.

Despite Erdogan’s “no crisis” rhetoric the Turkish economy faces hard times under the US pressure. Turkey’s finance minister Berat Albayrak has recently introduced the so-called New Economic Program to tackle the consequences of sanctions.

One of Washington’s main conditions for lifting the sanctions is Brunson’s release. However, there is another one – the autocephaly for the Ukrainian Orthodox Church (UOC), the author states.

In April, Kyiv, which strives to break away from the Russian Orthodox Church and create an independent Ukrainian Church, addressed the Ecumenical Patriarchate with an appeal to grant the autocephaly. According to Patriarch Bartholomew, who delivered a speech after the recent Sunday service, the still-ongoing official process is to yield the results shortly.

The previous week, in an interview to BBC Ukraine, the leader of Crimean Tatars and a member of the Ukrainian Parliament Mustafa Dzhemilev said that President Erdogan had confirmed his support in the process of granting autocephaly to the Ukrainian Church. “I told him that today Moscow is like a Mecca for the Orthodox but after the UOC becomes independent Istanbul will take the place of Moscow,” Dzhemilev noticed. According to him, when he and Ukrainian president Poroshenko met with Erdogan on July 12, the Turkish leader assured that he would do “everything possible” for the Ukrainian autocephaly and said that he understood the importance of this issue for the Crimean Tatars.

Mustafa Dzhemilev’s words mean that Ankara and personally President Erdogan, who can influence the Ecumenical Patriarchate, are involved in the Ukrainian problem. But what’s the benefit of such an involvement? It’s obvious that Istanbul won’t become a Mecca for the Orthodox. Ukraine with it’s poor economic situation also can hardly make a decent proposal to Turkey. It seems then that Ankara has reached an agreement with the White House.

An independent Ukrainian Orthodox Church is not the goal of only Kyiv, the Ecumenical Patriarchate or Ankara. It is of great importance for Washington, which intends to restrain Moscow’s influence in the region.

The sanctions’ withdrawal for the release of Brunson and Turkey’s approval of the “autocephaly process” – that’s the deal. It’s politics. Despite the fast-developing relations with Russia, Erdogan can make deals with its rivals. Of course, Moscow won’t like the Turkish leader’s step but on the eve of an economic crisis and under such pressure it is indeed wise to choose an option like this.