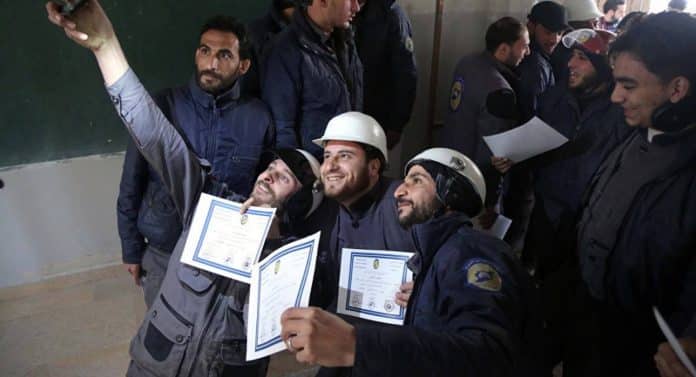 A new mini-documentary aims to tackle the tall challenge of exposing swaths of propaganda crafted by Hollywood producers and distributed through mass-market channels like Netflix.

It goes without saying that US media has propagandized in its war reporting for years. The Afghan Mujahedeen fighters trained by the US in the 1980s were hailed as freedom fighters by the president and the press alike. But when it comes to Syria, from shady Western-funded groups like the White Helmets to manufactured claims of a Sunni genocide, the level of deception is potentially unprecedented.

In a war where social media videos have spurred bombing campaigns and CNN anchors have cried over children who were alleged victims of the government (whose parents, in reality, support the government), it is outstandingly difficult for the US populace to get good information.

Documentarian and RT America correspondent Dan Cohen sought to expose the many falsehoods propagated by Western media about Syria with his new mini-documentary entitled “The Syria Deception: Al Qaeda goes to Hollywood.”

The 24-minute investigation pulls back the lid on the “experts” and “journalists” using their platforms to push for regime change in the country as well as their al-Qaeda linked point people there. Charles Lister, a resident fellow at the neoconservative Middle East Institute think tank in Washington, is shown declaring “al-Qaeda has really got it right” in the country.

“Essentially what my mini-documentary tries to do is cut through a lot of propaganda — explain [the] propaganda that we are being subjected to on a daily basis,” Cohen told By Any Means Necessary host Sean Blackmon. “Throughout our entire establishment news media, through our film industry, basically all forms of mass media, there is an enormous campaign to prepare Americans minds for war in Syria, and that has been ongoing for years.”

Cohen’s new film focuses primarily on the high-budget documentary “Cries from Syria,” which is available on Netflix. “It was produced by HBO. It went to the Sundance Film Festival, so it’s a very widely-seen film, and it’s one of actually several [films], even just on Netflix,” Cohen said.

Unsuspecting, well-intentioned people are therefore easily duped by the propaganda, Cohen lamented. “What film does is explain who the various characters are, what are the specific deceptions that basically deceive people about the nature of what’s going on and what the US role is — that there’s nothing benevolent about what the US is doing in Syria,” Cohen said.

Watch the documentary below: