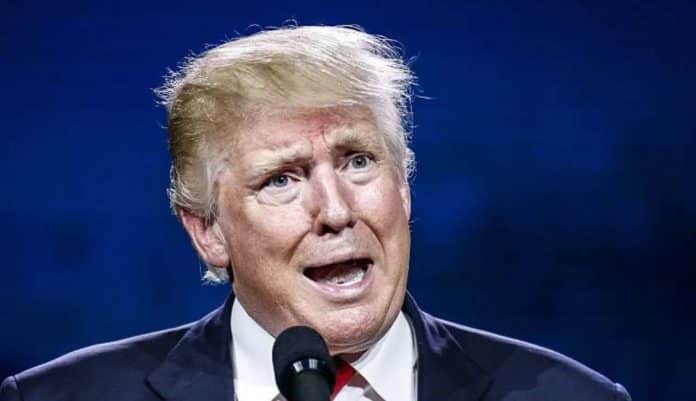 US President Donald Trump’s Wednesday news conference took the Twitterverse by storm as users grappled with some of the president’s most bizarre utterances to date.

The news conference was a rarity — just the fifth one he’s done all by himself since he was elected some 20 months ago to the position of commander-in-chief.

When Trump goes off script, it isn’t exactly uncommon for his critics to point out his incoherent sentences and poor word choices, but Trump’s Wednesday post-United Nations General Assembly (UNGA) conference will certainly be one for the books, not just for the word salads served fresh to the press corps but also for some odd phraseologies and mispronunciations.

Trump was asked by a reporter from the Kurdish outlet Rudaw about the United States’ plan for future cooperation with the Kurdish fighters and people in Syria in the post-Daesh era. The president repeatedly hailed the Kurds as “great fighters,” but never actually addressed the question. When another Kurdish reporter — a journalist with Kurdistan TV — was offered the opportunity to ask a question, Trump called him “Mr. Kurd.”

It was immediately written in stone that “Mr. Kurd” would trend for the foreseeable future on social media. At press time, nearly 20,000 tweets have been sent about “Mr. Kurd.”

New York Times reporter Michael Grynbaum caught up with “Mr. Kurd,” who also goes by the name of Rahim Rashidi. “I love it!” Rashidi told Grynbaum of Trump’s reference to him. “He made me happy by this sentence.”

Just a few minutes later, Trump said that he had spoken about the Israel-Palestine issue with the king of Saudi Arabia, a “great guy” by the name of “King Solomon.”

In reality, the true king of Saudi Arabia is Salman bin Abdulaziz Al Saud, or King Salman. King Solomon is a figure from the Torah, Old Testament and Quran who was the third Hebrew ruler of Israel. His father David is the guy who, according to religious scripture, took out the giant Goliath. Solomon is also considered one of 48 prophets in the Talmud.

Trump made that slip of the tongue during a question posed to him by a reporter from TruNews, a little-known news organization with some questionable headlines as of late.

Trump told the TruNews reporter that when it comes to a resolution of the Israel-Palestine conflict, “I think that two-state is probably more likely, but you know what? If they do a single, if they do a double, I’m OK with it.”

Trump denied that he was laughed at the day prior at the UNGA (he most certainly was) when he told world leaders that he had accomplished more in two years than most other American administrations in the course of history. Instead, he told reporters, the world leaders were laughing with him, and he “heard smiles.”

Other — perhaps less absurd but no less untrue — statements made by Trump included the assertion that Iran is “having riots in every city.”

Earlier in the day, Trump stated unequivocally that there are “35,000 targeted terrorists” in the Syrian province of Idlib. But just a few hours later, he seemed less sure, saying, “I think we can call them terrorists,” and, “I assume they’re terrorists.” Idlib is ruled by al-Qaeda and in the past week has seen an influx of some 400 Daesh fighters.

After the series of faux pas, Trump declared his intention to end the presser on a high note. “Always like to finish with a good one,” Trump said before taking his final question. “Elton John said, ‘When you hit that last tune and it’s good, don’t go back.’ I’ve seen — have you ever seen?— they do great. They’re great. They hit the last tune and everyone goes crazy, then they go back for an encore, right? And they don’t hit it. And they leave — everyone leaves, they said, ‘That wasn’t a very good conference, was it?’ Let’s go,” Trump said, pointing to a reporter.

Watch the full press conference below: 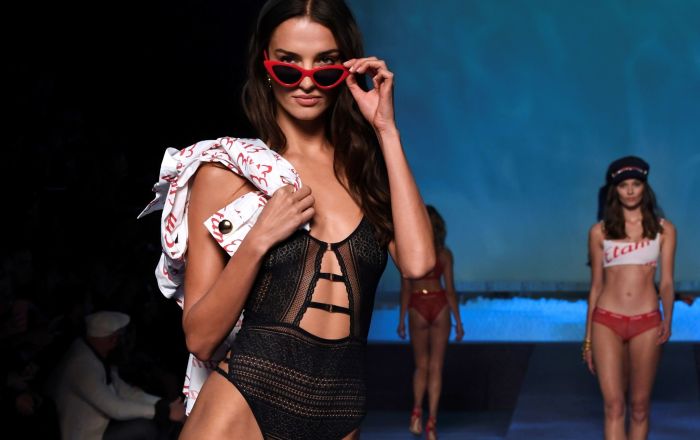 Sexy is Back: Etam Presents New Lingerie Line During Paris Fashion Week (I am leaving this one in;g)