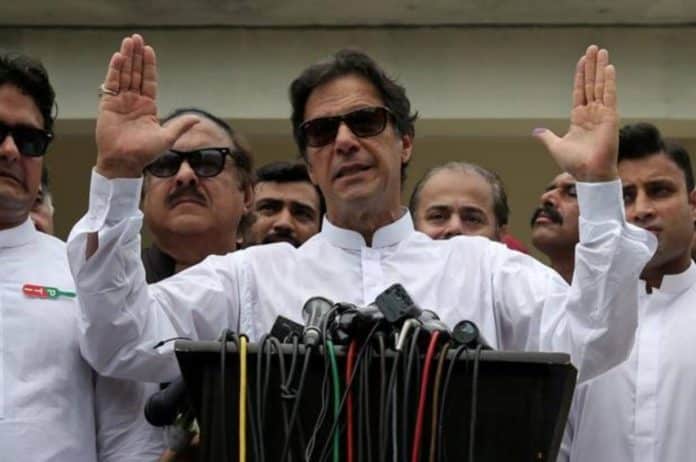 Elections have to an extent helped in building the nation, but the process failed to build a political class of elites to lead the nation, integrate it, motivate it, and inculcate patriotism and nationalism.

This fault line could be attributed to faulty election laws, making elections the exclusive domain of the feudal lords and the elites, Baradari and hereditary system, elected leaders putting self before national interests, failure to abide by the norms of constitution and rule of law and lack of accountability.

These anomalies blocked the process of weeding out of corrupt and inept leaders and in churning out quality leaders after each elections. To make the elections fruitful, crucial reforms in the fields of education, electoral, political, civil administration, police and judicial are the need of the day.

Elections were held on July 25 amidst high political temperature and allegations of pre-poll rigging. Main contestants were the PML-N that had ruled for 5 years and the PTI which had not tasted power at the national level. The dice was loaded in favor of PTI because of the alleged judicial-Establishment backing and imprisonment of Nawaz Sharif (NS) in Panama Papers case and disqualification of their key leaders by the Supreme Court. PTI won the race on the slogan of ‘change’, while the losers wailed that worst rigging was carried out in the vote counting.

Imran Khan (IK) has worn the crown of thorns and is sitting on an intemperate bucking horse without a saddle and a bridle that has unseated many a leaders in the last 70 years. He has promised to tame the old horse and bring a change within 100 days by changing the old feudal mindset. However, after the lapse of almost half the time, hardly any change is discernible and people have started to become edgy and impatient. The opposition is exploiting each and every misstep of the government and lambasting it.

PMLN leaders have yet not reconciled with their defeat. They and other opposition parties say the new government is selected and not elected, and have demanded a parliamentary commission to carry out a probe of alleged rigging.

A post July 2018 elections survey was carried out by Gallop Pakistan. The key agenda items were national and provincial results, who voted for whom and why; vote bank of religious parties, Tehreek Labaik Pakistan (TLP) share and profile. Election Commission data was made use of by the Gallop team and survey was based on 4000 respondents in rural and urban areas.

Turnout in last elections in 2013 was:

Note: there was a dip in voters during the period of 1993 – 2002 because of infighting between PPP-PML-N and the people getting vary of politics and sham democracy. Jayalas had also got disillusioned when Benazir inducted old uncles into the party.

Seat wise the gains and losses made by contesting parties in 2018 elections are:

Given the trend and the leisurely pace, there is bleak chance of any tangible results accruing after the passage of 100 days. Thereafter, pressure from opposition will surge up and demand for early elections will be raised. I reckon, IK will become more assertive after 100 days and not before.

IK will be applauded if his foreign policy manages to convert animosity of India and Afghanistan into friendship, warms up relations with Iran, removes misgivings of USA, makes visible progress in  CPEC with the help of investments from KSA, UAE and others, carries out critical reforms, reduces polarization in the society, eliminates feudalism and terrorism, promotes simplicity and austerity, enhances exports and minimizes imports to reduce fiscal imbalances, reduces debt burden, builds the promised dams, imposes system of merit, reduces joblessness, provides promised cheap houses to the poor and education to their children, carries out across the board accountability to bring back the looted wealth and to  eliminate corruption. Above all, he alleviates the sufferings of the poor by turning Pakistan into a welfare state.  Whether he will succeed in achieving these lofty objectives and ideals is anyone’s guess.