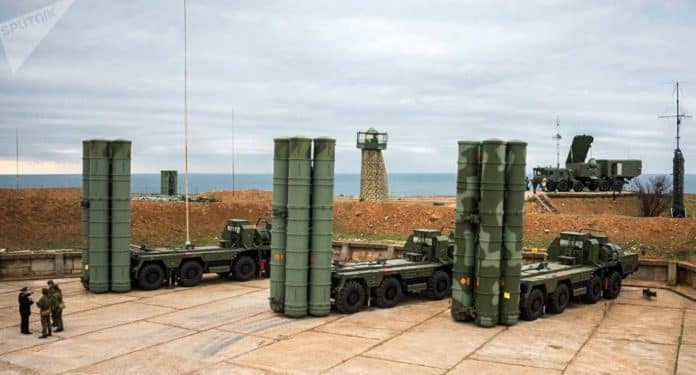 On September 20, the US imposed CAATSA sanctions on the Equipment Development Department (EDD) of China’s Central Military Commission (CMC) and on its director in response to China’s purchase of Su-35 aircraft and the S-400 system. This had fueled speculations that India may postpone the signing of the contract with Russia.

New Delhi (Sputnik): A week ahead of Russian President Vladimir Putin’s arrival in New Delhi for a bilateral annual summit, the Narendra Modi-led Cabinet Committee on Security (CCS) has given its approval for the purchase of five advanced S-400 air defense missile systems amounting to over $5 billion.

“CCS on Wednesday cleared the purchase of S-400,” a government official confirmed the development on Thursday.

The CCS approval is given for any defense procurement ahead of the signing of the final commercial contract. This has cleared the air of all speculations regarding the deal in the face of US sanctions on Russia. Indian Defense Minister Nirmala Sitharaman said on September 18 that the negotiation with Russia on the S-400 was almost at the final stage, but that it was yet to be seen whether it would be signed before the Russian president’s visit.India will pay 15 percent of the deal amount at the time of the signing of the final contract while the rest of the amount will be paid on the arrival of the game-changing air defense system.

“Looks like the final contract is going to be signed. I hope it gets signed. It will add a big punch to the air defense capability of the Indian Air Force and the country,” retired Air Marshal Anil Chopra told Sputnik.

The Trump administration’s announcement of sanctions on Russia under the Countering America’s Adversaries Through Sanctions Act (CAATSA) had triggered speculations that the S-400 deal between India and Russia might be called off. The Indian government, however, had insisted that it would take an independent decision on the deal and that the sanctions would not deter it from this mega purchase from its time-tested defense and security partner, Russia.India on October 15, 2016, had signed an inter-governmental agreement with Russia for the procurement of five firing units of the S-400 air defense system. Of the five systems to be acquired, three are earmarked for deployment in the west and two for the east to plug gaps in the country’s air deference coverage.