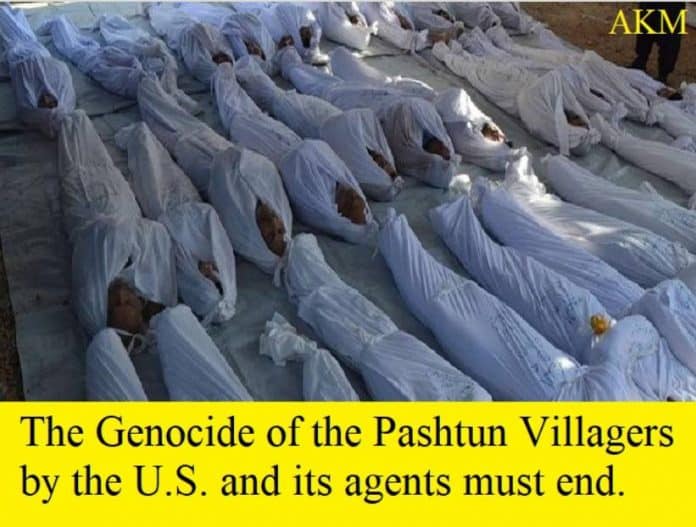 Through this statement we want to alert all humans beings with any conscious in Afghanistan and around the world!

We appeal to everyone in every corner of the human world where humanity still holds value and the right of life of every human being is legally recognized. 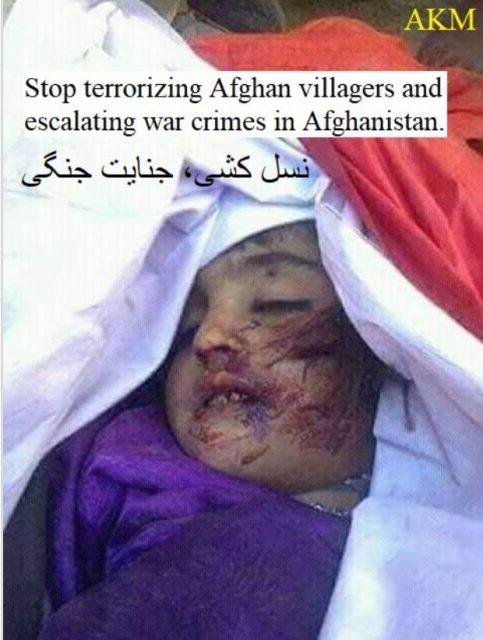 All organizations formed for the protection of human life and human rights as well as every humane individual, political, social, legal and media group and every person with any emotion and affection around the globe; we seek your attention in a vital issue! 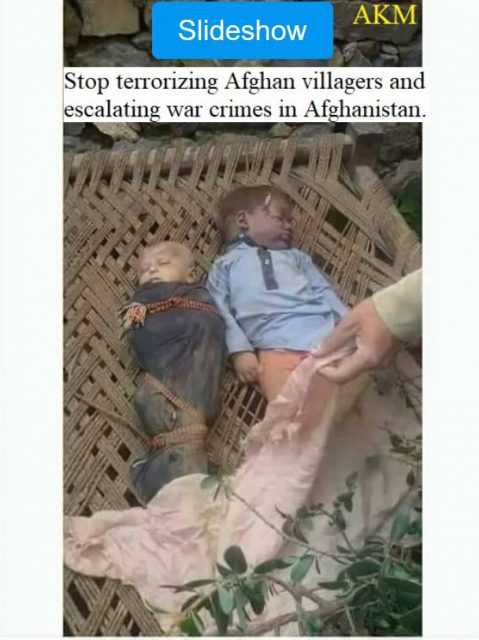 You may have heard a lot from the media about the occupation of Afghanistan by US forces and the seventeen-year war and perhaps every event in this country has become a normal and ordinary event for you. However, something sinisterly new among these ordinary events is that the American forces armed with all types of weapons and the Afghan soldiers operating under their command have recently launched a systematic campaign of genocide against the common Afghans in the remote parts of Afghanistan for unknown reasons.

This statement of ours is neither for any political gain nor is it a propaganda maneuver but the issue at hand is about safeguarding the lives of common Afghans and stopping the ongoing wanton genocide. 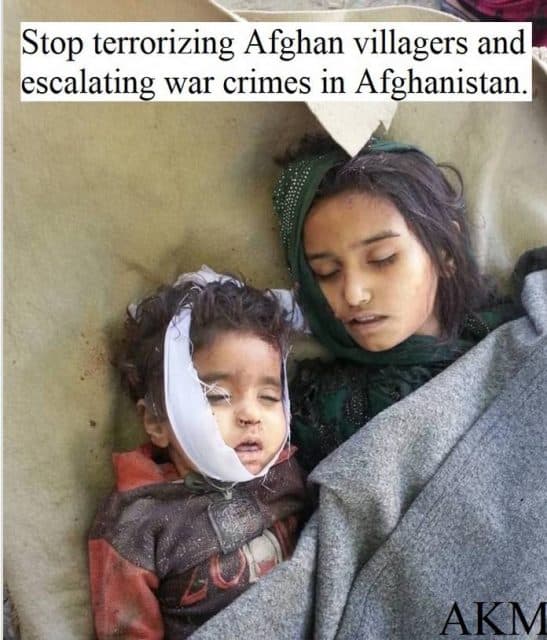 Lately the military operations being carried out by US forces in remote areas of Afghanistan are without a doubt a deliberate and systematic killing campaign of civilians. Civilian villages and homes are bombed without any reason, houses are raided in the dead of night, people are mass murdered and all their valuables looted.

To prove our case, it suffices to cite the UNAMA report published in Kabul on the 25th of September stating that there has been a 52% increase in civilian casualties due to American air strikes. But we still want to give you a glimpse of the crimes that were carried out by American forces and Afghan troops under their command over the past week in different parts of the country:

1 – On 16th of September, Arbakis (militia) rained mortars on civilian homes in Syed Khel area of Wor Mamy district, Paktika province, resulting in the martyrdom of 8 members of a single family including women and children.

2 – On 17th of September, American invaders and domestic forces martyred 16 civilians during a raid on Wadesar area of Khogyani district, Nangarhar province.

3 – On 17th of September, American invaders and domestic forces martyred 7 civilians during a raid on Kotwalo area of Tarinkot, Uruzgan province.

4 – On 18th of September, mortar shelling by domestic forces in Pie Nawa area of Tarinkot, Uruzgan province, resulted in the martyrdom of 6 girls and injuries to 2 children.

5 – On 19th of September, American invaders and domestic forces blew up compound gates, looted valuables and martyred 10 civilians during a raid on Petlaw area of Sherzad district, Nangarhar province.

7 – On 20th of September, American invaders and domestic forces martyred 19 civilians during a raid on civilian homes in Surkh Aab area of Sherzad district, Nangarhar province.

8 – On 22nd of September, civilian homes were raided in Badrab area of Tagab district, Kapisa province, during which compound gates were blown up, villagers were beaten and forced out of their homes after which air strikes were carried out resulting in the martyrdom of 13 civilians including women and children and injuries to 3 others.

9 – On 23rd of September, American invaders and domestic forces raided civilian homes in Mullah Hafiz village of Jaghatu district, Maidan Wardak province, before carrying out airstrikes which completely destroyed the home of a villager named Masehullah, resulting in 12 civilians including women and children martyred at one spot while 2 more elders named Haji Abdul Haleem and Miraj were martyred when they tried to recover bodies from under the rubble.

The above are just a few examples that expose the conduct of American invaders over a one-week period. And the crimes that are continuing is truly a great tragedy for the Afghan people however it is imperative for international groups and independent organizations to understand their responsibilities in such critical times.

It is even more regrettable that the ongoing war crimes are not properly covered by any domestic or international media channels due to American pressure.

We demand that such callous behavior towards human life be handled without any political considerations and voices must be raised against it.

If voice of opposition is not raised against the systematic killing of civilians by the Americans and such practice not brought to an end, then this shall be considered another example of treason and transgression against humanity in contemporary history that shall forever remain a black mark on the forehead of present human conscience.

Come let us demand answers about the spilling of this innocent blood!