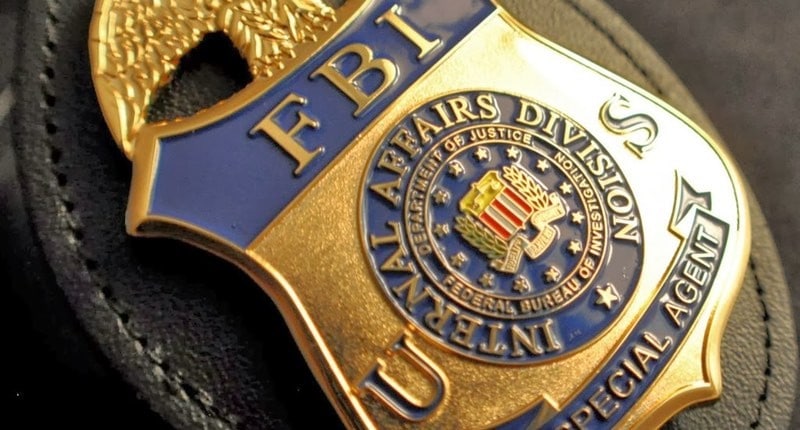 The Government in DC is ceremonial, and is there to fool We The People into believing our elected officials are there to represent our interests when actually they are not.

They are there to become Court Princes and Princesses and share in the King’s vast riches and power as long as they are willing to do their assigned jobs and allow themselves to be compromised by the King’s agents.

This human compromise provides great impetus to never turn on the King…but the rewards for such are great power, privilege, status and riches.

In America and most western nations the King has no clothes but his court must daily praise his new clothes that don’t exist.

The King’s managers in America are a bunch of secondary level Cutouts, such as the various roundtables such as the Defense Advisory Boards, the CFR, AIPAC, etc. placed there to manage these elected DC Princes and Princesses.

Serious corrections are made by the FBI, the CIA and Mossad (the Mossad is foreign based but has free reign here by secret treaty, as do some other G7 foreign Intel agencies). And there are many other secondary agencies–in reality there are 37 Intel agencies in America, not 16 as claimed, and many are unacknowledged. These are the King’s agents that specialize in human compromise (pedophile ops).

It appears that G7 Intel Agencies work together, share diplomatic immunity in each others’ nations, have many joint ops.

They can issue local Law Enforcement “Stand-down orders” with permission of a high official in that nation where they work as guests.

Some do freelance contract work for large DOD contractors who have been deputized under national security.

The FBI works hard to oppress dissidents, whistleblowers and Truth on many fronts. These King’s agents work hard to protect the Ruling Cabal, which is empowered by secret Baal worship such as is practiced at the Bohemian Grove each July by most world leaders, and which usually features sexual inversions, pedophilia, and child sacrifice in the top circles.

If the masses ever understood the truth of what these monsters walking about us are doing in secret, many folks would immediately crack up. Some would immediately hunt them down as a pack of wild vigilantes demanding instant justice.

That is why the King spends so much money controlling the Major Mass Media in America – otherwise his evil system of human parasitism, death and suffering would be exposed and stopped no matter what the cost by an awakened We The People.

But who is the King who sits behind the veiled curtain and pulls all the strings of his DC puppets and all his Intel and Law Enforcement agencies?

Many covert researchers believe that the King is a collection of men that create and dispense the money as debt notes, charging pernicious usury for allowing us to use what should have been our own real money in the first place used at no interest.

I call these entities the Banksters, but I can’t call them men because I am not sure what they are genetically (based on their anti-human behaviors). Insiders have classically called them the “Moneychangers”. Others have called them the City of London based Vatican Bankers.

Over 25 years ago I was drawn into contact with this secret governmental system of agents. It’s a complicated story that involves the FBI, Promis Software, Inslaw and more. But basically, I was informed by a client of a supposed “rogue FBI” Division-5 FBI Special Agent who was operating as a hitman for the King and had murdered a Chitown auctioneer for the Bankruptcy Court.

Because of the business I was in at the time, I was obligated to report that or become liable under the federal Misprision of a Felony statute. This is something that most DC Princes and Princesses commit on a frequent basis as well as intermittently committing major RICO felonies and occasional acts of Treason and even Sedition. If you are fortunate enough to become a DC Prince or Princess and are willing to play by the King’s rules, you have access to the DC taxpayer money trough.

This means the ability to accrue massive wealth while in office, massive contributions needed to be re-elected, lots of high paying consulting and Board positions, and large “set aside allocations” in offshore banks in numbered accounts. Note so far these accounts are not locatable by FINCEN, but only through certain sophisticated derivatives of the notorious Promis Software stolen by the USDOJ many years ago.

After I did what I had been told was required under Federal Law and reported this Rogue FBI Special Division 5, Special Agent to the FBI, the case was immediately locked down under national security and taken over by the WFO in DC.

Soon I was targeted. The FBI Perp was mildly spanked but then put back to work. He wasn’t even sent to Butte, Montana to chase stolen cars for a year, the usual Bureau punishment, but he was sent back to work to continue his nefarious work for the CIA.

What few know is that the FBI top positions have been infiltrated by sheep-dipped CIA and hijacked. I have been told that the whole Division 5 is stacked with CIA.

After doing my job and reporting this FBI Special Agent, hoping he would be investigated and fully prosecuted if there was proper corroboration, I instead became the target.

It turns out that this FBI Special Agent was not rogue at all but was working on behalf of higher up King’s agents and was protected by the highest levels of the CIA.

I sought help through Congressman Charlie Rose, and his Chief Investigator referred me to Detective James Rothstein for help. Detective Rothstein was NYCPD Gold Shield, NY State Crime Commission Special Squad Intel Unit. Jim provided me with a lot of information and many suggestions on how to protect myself and helped me weather the storm, which has now lasted about 27 years.

You see, once you seriously cross the King’s agents, you will likely be placed on an AGENCY list and are typically subject to surveillance and harassment the rest of your life, which could be shortened if you are not mentored on how to protect yourself by those who have successfully done so.

Recently I called Gordon Duff (my mentor since I came on board at VT) for advice because the heat had increased lately. When Gordon first brought me in at VT, he helped me a great deal, for which I am grateful. Last week we had quite a productive discussion and once again Gordon clued me in on the rules of the game one must play to counteract this unofficial, illegal abuse of the King’s agents on behalf of the Naked King.

I asked Gordon why these agencies like the FBI, the CIA and DHS never seem to stop harassing a person once they make initial contact. Basically his answer was that it is because they need to justify their jobs and keep busy, and this is the easiest way to show results, by placing folks on regular surveillance and harassment schedules of differing periods, depending on the case. They can label their target any way they want, such as a suspected terrorist even when they know it is a false allegation.

Take Federal Whistleblower Mark Novitsky, a man who is harmless to the system because the DC Politicians and all Law Enforcement are fully insulated against his fact-based complaints to the USG. Mark is a great American Hero and has done his best to expose some very serious USG crimes that he discovered through prior employment for one of the King’s biggest covert spying operations which surveils and parasitizes most Americans, unbeknownst to them.

The FBI knows Mark is harmless, and yet the FBI and DHS placed him on a no work list and seriously harass him continually. This makes no sense to any reasonable person, but it is how these King’s agencies are structured to operate. Mark had dared to say NO to his crooked bosses and reported their serious espionage against America. No one in authority has listened or cared, and yet Mark pays the price every day.

I have had plenty done against me over the last 27 years, but thanks to Jimmy Rothstein and Gordon Duff since I came on board at VT, I have been able to maintain ground. If you want to know more about how this is done, carefully examine the story of Philip Whitehurst, MD, who blew the whistle on the FBI crime lab and was able to survive using very crafty protections.

Bottom line, if I had known then what I know now from years of thwarting the King’s harassments, I wouldn’t have reported the crime I was informed of in the first place because it never does any good. Why does it do no good?

Because there is no Rule of Law in America – it was destroyed in 1913 when the City of London (COL) Banksters hijacked America and set up so many of their corrupt enforcement agencies to suppress dissent and keep the King’s and his agents’ crimes covered up forever.

You see, when you have a King that is naked but is so powerful that he can force all his court to keep telling him how great his imaginary new clothes look, this bodes very bad for any serf that challenges his authority. You can read about how the King suppresses truth to maintain his status quo system in Herman Melville’s final novel, which features the Billy Budd affair.

The good news is that the King’s system has gone too far with its obsession on high tech spying and surveillance. “They” set up the Worldwide Internet as the greatest spy tool ever devised, but this has backfired with serious, unexpected results.

The Internet has become the New Gutenberg Press which is ending secrecy forever and is causing populism to emerge all over the world, especially in America. This massive new populism has fed been off the Internet Alt media websites like VT and has formed a feedback loop of positive deviation amplifications. It is this new emergent populism and the end of secrecy which will take down the evil king and his agents, one by one, all in due time and show the King to actually be naked and evil beyond imagination.

This video below is from Joe Bonamassa’s latest Album, Redemption. Joe is now considered the new King of the Blues since BB King died and the greatest upcoming Blues Rock guitarist in the last 25 years. Brits who loved the late, great, legendary Gary Moore, a great man who never received the level of fame he deserved, can sense Gary’s huge influence on Joe in many of Joes songs, especially this one. Joe once said that going to hear a concert by Gary Moore was like having a storm descend on your head.