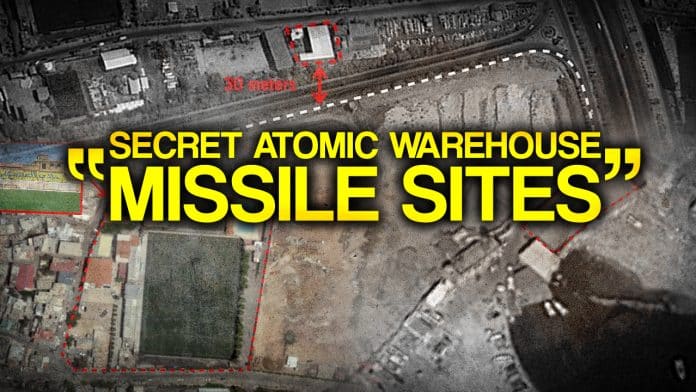 In late September, Israel expanded its anti-Iranian propaganda efforts in order to consolidate the US-Israeli-led bloc and to justify further anti-Iranian actions by the Washington establishment.

On September 27, during a speech to the UN General Assembly, Prime Minister Benjamin Netanyahu claimed that Iran has a secret “atomic warehouse” near Tehran, which has contained as much as whopping 300 tons of “nuclear-related material.”

“In Lebanon, Iran is directing Hezbollah to build secret sites to convert inaccurate projectiles into precision-guided missiles, missiles that can target deep inside Israel within an accuracy of 10 meters,” he stated. He claimed the first site was in the Ouzai neighborhood, “on the water’s edge, a few blocks away from the runway.” The second site, he said, was under the Camille Chamoun Sports City Stadium, and the third site was “adjacent to the airport itself, right next to it.”

“So I have a message for Hezbollah today, Israel also knows what you’re doing, Israel knows where you’re doing it, and Israel will not let you get away with it.”

According to Netanyahu, these missiles are capable of striking with 10m of their given target. Hezbollah is believed to have an arsenal of between 100,000 and 150,000 rockets and missiles, however, a majority of them lacks the precision technology.

Following the statement, the Israeli Defense Forces (IDF) released photos showing alleged Hezbollah sites in Beirut that the IDF said are being used to hide underground precision missile production facilities. The IDF claimed that these sites are currently being constructed with Iranian assistance.

According to the Israeli version, Hezbollah began working on these surface-to-surface missile facilities last year.

During the UN speech, Netanyahu vowed that Israel would act in Syria, Lebanon and even Iraq “to defend against Iran’s aggression”.

Iranian Foreign Minister Javad Zarif slammed Netanyahu’s claims on the secret nuclear site in Twitter. He decribed the speech as “arts and craft show” and noted that it’s time for Israel “to fess up and open its illegal nuclear weapons program to international inspectors”.

Speaking to IRNA, the Iranian foreign minister added that “Netanyahu must explain how Israel, as the only possessor of nuclear weapons in the Middle East region, can put itself in a position to level such brazen accusations against a country whose [nuclear] program has been repeatedly declared peaceful by the International Atomic Energy Agency”.

Earlier, the deputy head of Iran’s Revolutionary Guards warned the U.S. and Israel to expect a “devastating” response from Iran, accusing them of involvement in a September 22 terrorist attack on a military parade in the city of Ahvaz that killed 25 people. While ISIS claimed responsibility for this attack, the Iranian side says that the terrorists involved were funded and trained by foreign powers.

With the formal defeat of ISIS in the Middle East, the standoff between the Israeli-US bloc and Iran has started becoming one of the main issues shaping the situation in the region.