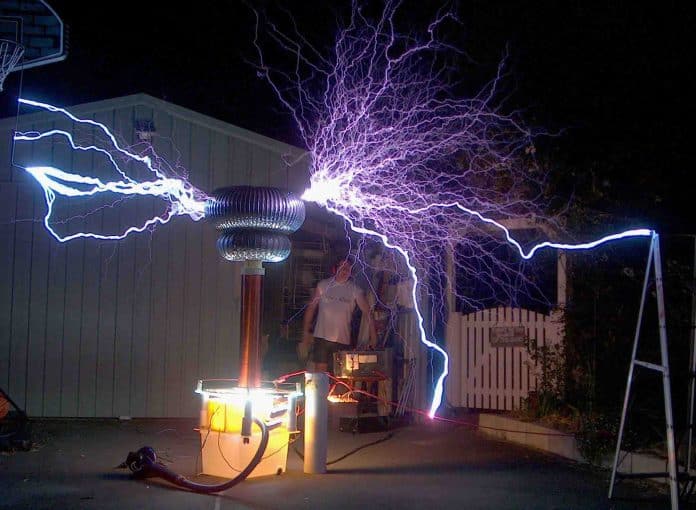 by Rand Clifford for VT

Magnificent exposure of what controls humanity lies in what the controllers did to two of humanity’s brightest stars, Nikola Tesla and Viktor Shauberger.

Both men got the same fundamental treatment by the power status quo (PSQ) trying to protect their established science and technology…trying to protect their power. Brilliance of Nikola and Viktor so outshined whatever the PSQ controlled, they were both, ultimately, treated as anathema regarding entrenched profit and control structures.

“Tesla scared the central bankers senseless. They knew what his plan meant. Energy  independence meant an almost complete loss of control of the people.”

Eric Dollard, the only man on record to replicate Tesla’s capture of aether, has racked up eight destroyed laboratories and has been living in his car in the desert. The PSQ are yet to destroy his genius.

Victor Shauberger always said, and lived by the motto, “Comprehend and copy nature”.

A popular Nikola Tesla quote: “It is a mere question of time when men will succeed in attaching their machinery to the very wheelwork of nature.”

Nature, a cosmic strand uniting the brilliance of these two brightest stars.

Nature’s grace is implosion, not explosion. The divine principle is always constructive, not destructive. Nature deals in three dimensions. Most of our PSQ technology deals in two dimensions.

Imagine waking up to find there never was a fossil fuel economy. All the war, pollution, ecosystem disruption, cancer, impoverishment, murder, obscene concentration of wealth—all the PSQ threats to life on Earth stayed in the nightmare because over half a century ago, thanks to Nikola and Viktor, we plugged in to “the very wheelwork of nature”. We became an advancing civilization worthy of the definition, civilized.

Then there’s the nuclear hydra threatening all life on Earth. Three reactor core meltdowns at Fukushima Daiichi is the deadliest disaster in our history; notice how the PSQ and its controlled media shy away from this infernal, eternal horror. Consumers of only mainstream media might think the problem is contained.

Albert Einstein said:  “Nuclear power is one hell of a way to boil water.”

For comprehension of the scope of nuclear fission’s threats to all life on Earth—extending so far into the future…more people need awareness of unstoppable Fukushima Daiichi radiation breaking the Pacific Ocean’s chain of life….

Perhaps it is a natural coincidence that Viktor is Victory with a “k” and no “y”? Many of his Viktories for humanity have certainly been weaponized via black operations for standard PSQ inhumanities. War is a top PSQ weapon of mass control.

Nilola showed humanity how to transcend the PSQ’s paradigm of destructive energy. The PSQ responds with more destruction….

Nikola and Viktor were keen on not letting their natural gifts to humanity be weaponized for population reduction, and control of more land and resources. Surely our stars took many secrets of nature to their graves….

Tesla’s quote: “Science is but a perversion of itself unless it has as its ultimate goal the betterment of humanity” was precisely antithetical to a PSQ fundamental strategy.

Even their certain working motto: “Arrested Human Development”, is a perpetual fitting of humanity with cement overshoes for control, and profit in a biosphere being ransacked for profit, and control.

In his book, Political Ponerology: A Science on the Nature of Evil Adjusted for Political Purposes, Andrew Lobaczewski defines pathocracy as: “A system of government created by a small pathological minority that takes control over a society of normal people.”

The PSQ tries to hide behind the fantasy “democracy” — but, People, we are being smothered by full-blown pathocracy. Freethinkers know this, but most people are victims of another PSQ weapon of mass control: education.

Nikola Tesla cost PSQ tycoons fortunes by slaying with alternating current (AC) the dead-end direct current (DC) power distribution system of Thomas Edison (financed by J.P Morgan). The War of Currents…another stark example of PSQ satanity. Public electrocutions of animals all the way up to a surplus circus elephant—to show the menace of high-voltage AC. Included was the first death-row execution by “electric chair”…pretty much a smoky slow cooking ending in the victim’s spinal cord bursting….

More than forty of Tesla’s patents from 1888 cover the entire system of polyphase AC that, virtually unchanged, powers civilization to this day.

But polyphase AC didn’t lead directly to the PSQ’s maniacal smear tactics—a satanic campaign still deployed to erase, or mangle reality of Nikola. Today it’s extremely difficult to find truth about the man, but the PSQ has yet to scrub it all.

The real Tesla Coil (not the neutered, popularized giant-spark toy), but the real zero-electron (zero current) key to capturing “Aether” and harnessing “Radiant Electricity”. That ultimate forbidden technology, Aether and Radiant Electricity was a primary focus of Nikola’s last forty years on Earth.

A simple, reliable method of identifying any person’s dignity: Who are their friends, who are their enemies? Nikola and Viktor shared the same best friends, Nature and humanity; their greatest enemy, the PSQ—an ultimate story of humanity’s friends, and their enemies.

Nikola Tesla and Viktor Schauberger lived and worked in extremely different environments, but had the most intricately perfect cosmic bond, nature.

Nikola Tesla was born in 1856 in Smiljan in the Kingdom of Croatia-Slavonia-Dalmatia, an autonomous part of the then Austrian Epire. His father was a Serbian Orthodox priest.

Nikola received an advanced education in engineering and physics in the 1870s, studying at the Austrian Polytechnic in Graz, and later attended the Charles-Ferdinand University in Prague. He spent much of his life in laboratories, mostly in New York.

Viktor Schauberger was born in 1885 in Holzschlag, Upper Austria. His father was a forest ranger. Viktor was educated in the Forests of Austria, receiving an advanced education from Nature. He has been described as a forest caretaker, philosopher, experimenter, inventor….

A close friend of Nikola’s, Mark Twain, said, “I never let schooling get in the way of my education.”

Viktor has often been called “The Nikola Tesla of water”. As Viktor taught, “Water is Earth’s blood”.

The sheer scope of Nikola’s genius seems unfathomable to normal people. Gifted with uncanny memory and powers of visualization, he was able to fully construct, develop and perfect inventions in his mind before committing anything to paper.

In his own words:

“When I have gone so far as to embody in the invention every possible improvement I can think of and see no fault anywhere, I put into concrete form this final product of my brain. Invariably, my device works as I conceived that it should, and the experiment comes out exactly as I planned it. In twenty years there has not been a single exception.”

Nikola’s  inventions include radio, X-rays, fluorescent light, lasers, bladeless turbines, vertical take-off aircraft, wireless transmission of electricity, the particle beam (“death”, or “peace” ray?), the whole system of AC that powers civilization….  And the fields Tesla greatly contributed to, such as computer science, robotics, remote control, radar, ballistics, nuclear physics…a comprehensive list would be astonishing. At the time of his death he held over 700 patents.

One invention Nikola was elusive about, sometimes offering teasers but no specifics, had the potential to eclipse all of his breakthroughs—perhaps even cost him his life, certainly is behind the perpetual drive to minimize public awareness of Nikola Tesla truth. He had long prophesied that mankind would someday hook their machinery up to the energy of vacuum space—to “the very wheelwork of nature”.

The theoretical basis for energy from the vacuum has now been part of “mainstream” physics literature for over fifty years. But as Nikola long intimated, “Any kind of free energy device would never be allowed to reach the market.”

In 1943, Nikola Tesla had an appointment to discuss with President Franklin Delano Roosevelt that it was possible for us to get all the energy we need simply by tapping the space we’re in. But he never made it to the meeting with FDR.

Tesla was found in his apartment, dead of “natural causes”. Officially, it was a heart attack. But information leaked by investigators indicates that for reasons of “national security” the coroner’s report was to be kept secret because it revealed that Tesla died of arsenic poisoning.

Otto Skorzeny admitted on his death bed that he strangled Nikola Tesla. Will we ever know the truth?

The sheer scope of Viktor Schauberger’s comprehension of nature is also unfathomable.

His implosion of water, and air…..he touched the wheelwork of nature, same as Nikola Tesla.

Toward the end of WWII, Viktor was commandeered by Nazi Germany to work on flying saucers, powered by his Repulsine. “UFOs” were soon flying around the country, feverishly being weaponized. Had the war dragged on another year, the Nazis might’ve won on the wings of air implosion…on the wings of Viktor’s genius.

The technology has certainly been diverted to black operations, and might be a main driver behind all of the UFO sightings? A question that seems relevant: Out of perhaps millions of habitable planets in this galaxy, why would any beings capable of interstellar travel—or even beyond…why would they be interested in this mundane planet infected with pathocracy?

Toward the end of his life, Viktor was conned by the “American Dream” into coming to the US to develop for mass production, his Home Power Generator. Alas, the whole farce was designed to steal Viktor’s water implosion technology and patents. Seventy-one years of age, Viktor was in fading health, and the PSQ stratagem succeeded.

Viktor was buoyant about the project in Texas…until he realized it was all a setup. The stress wore him out. But right before he was allowed to return to Austria, he was tricked into signing over all his patents….

Two Viktor Schauberger quotes during his flight home, contained in quotes from the book, One-Eye In The Land Of The Blind, sum up his battle against the PSQ:

“It isn’t a coincidence that every single endeavor I undertook was sabotaged in one way or another. They’ve been keeping an eye on me since the 30s.”

“At last, the hidden hand has silenced me.”

Five days after returning to Linz, Austria, Viktor died of a heart attack.

“Let the future tell the truth, and evaluate each one according to his work and accomplishments. The present is theirs; the future, for which I have really worked, is mine.” — Nikola Tesla

“A man who lives 100 years ahead of his time doesn’t understand the present, and the present doesn’t understand him. One sees things completely differently, one speaks a language that is foreign to today’s scientists. Now after so many years we have an alternative that is going to have such an immense impact: economically, politically, socially and more. I would even say that this will initiate a new age of evolution.” — Viktor Schauberger 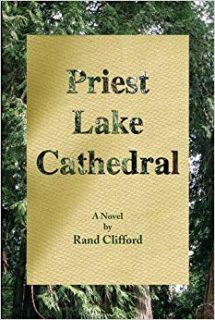 For an intimate journey through Viktor Schauberger’s life, philosophy, insights and inventions, One-Eye In The Land Of The Blind is a great read.