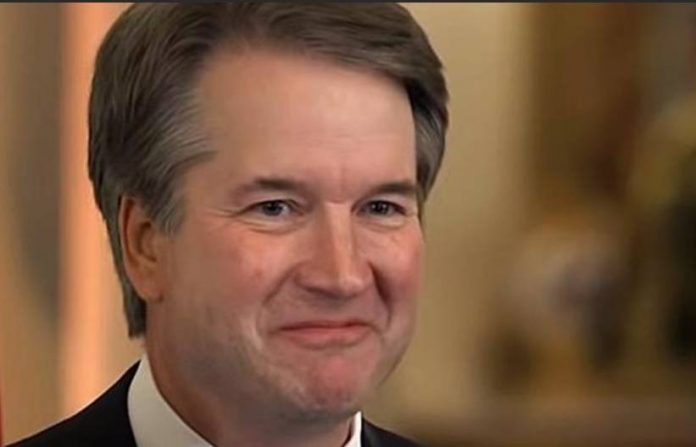 Predicaments have plagued President Trump upon entering the White House. The newest in a long twine of misfortunes has been the disbelieving of his Supreme Court contender, Judge Brett Kavanaugh.

Last Thursday, the Senate Judiciary Committee voted 11 to 10 to advance Mr. Kavanaugh’s nomination to the full Senate. Fortunately, Republican Senator Jeff Flake asked for a one-week interval before a full Senate vote on the Supreme Court nominee. I think we finally can thank the President for doing something right, that is, asking the FBI to investigate the sexual assault by Mr. Kavanaugh, as described under oath by Professor Christine Blasey Ford.

In his excellent book, Ian Millhiser, the author of Injustices: The Supreme Court’s History of Comforting the Comforted and Afflicting the Afflicted has been flattering of the Supreme Court as an excellent body. In history, five Justices are cited as distinctly indifferent about their onus to follow the script of the Constitution. These individuals have facilitated crimes such as (1) neutering a woman against her will; (2) forcing citizens into encampments due to their race; (3) maintaining silence on children to labor in coal mines; (4) served as the right hand of major companies in upholding a range of legal and unlawful actions to disrupt unions; (5) served as the silent hand of the Confederacy; (6) allowed persistent raids on voting rights; and in modern times, (7) consigning elections for sale!

According to Ian Millhiser, the worst Supreme Court Justices are (1) Justice Stephen Johnson Field; (2) Chief Justice Roger Taney; (3) Justice James Clark McReynolds; (4) Chief Justice Melville Fuller; and (5) the current Justice Clarence Thomas. The nomination of Mr. Kavanaugh to sit on the Supreme Court is one of the worst blots of Mr. Trump presidency. The entire affair was a vote on not only on the political power of women, but also the character of a President who gloats in daylight about sexually assaulting women. The famous footage of candidate Trump making discourteous remarks about women while taping a piece for “Access Hollywood,” which was first reported by The Washington Post. Indeed, 22 women have alleged Mr. Trump of sexual transgression.

During the Judicial Committee meeting, Professor Blasey Ford looked anxious and weepy at times, but notably, she was helpful and unhurried. The judge, a 53-year-old man, blamed of sexual offenses by three females, was sniveling during his testimony. He was enraged with fury and intensely parochial animus. He reiterated his earlier disavowals of the accusations, blaming them mainly on sinister left-wing influences. In a state of great passion, he opined, the two-week effort had been an intended and a written partisan strike fired with seeming “pent-up anger about President Trump and the 2016 election”. Bizarrely, he claimed, “it is revenge on behalf of the Clintons and millions of dollars in money from outside, left-wing opposition groups”. He rightly professed that the hearings had injured his family and him. Often delaying to wipe tears, he yelled and scrambled heatedly at the Committee’s Democratic senators.

The purpose of the hearing was to uncover the truth concerning Mr. Kavanaugh’s attempted rape of Professor Blasey Ford. This was exceptionally important as millions of Americans and people abroad had planned to watch the proceedings of the Senate Judicial Committee. Indeed, Judge Kavanaugh has character attestants from his recent years of public service. Importantly, the FBI has scrutinized his records a minimum of three times, but never looked for evidence of Mr. Kavanaugh’s sexual misconduct related to Professor Blasey Ford during the early 1980s.

The question is, lacking further investigations, is the Judge of the caliber to serve as one the most critical positions in the U.S.? Unwisely, the Republicans had asked an Arizona prosecutor concentrating in sex offenses to questioned Professor Blasey Ford. The prosecutor, Ms. Rachel Mitchell’s task was to cause misgivings about Professor Blasey Ford’s memory and motives. She was unsuccessful. Occasionally, in delicate details, the victim was nervous, affable, genuine, clear, and forceful in telling of the offense. Importantly, she was “100%” certain that Mr. Kavanaugh was her assaulter. To the outside world, it seems, as Professor Blasey Ford described him, he was so drunk during the alleged assault that he might conceivably not have recalled it. Of course, drunkenness is never an acceptable excuse for any sexual assault.

Indeed, two families now suffer significantly in the process. The President could have prevented this regrettable process had he and his Republican allies called for another FBI investigation before the last Judicial Committee hearing. If the President, as it seems, is determined to support Mr. Kavanaugh at any cost, chances are he will have another Justice Clarence Thomas or the sixth worst Supreme Court Justice. The President has surrounded himself with allies at the White House that are unable to see beyond the tips of their noses to offer any insight to the President.

Hollywood sexual misconduct scandals – US WEEKLY is a daily affair. Almost 94% of women asked in an exclusive interview published on February 20th by USA TODAY have suffered from it. Wow! Is this not an earthquake?

RAINN | the nation’s largest anti-sexual violence organization manages the National Sexual Assault Hotline. On average, one assault (12 and older) occurs every 0.98 seconds. Nine of 10 victims of rape are women. Sexual Violence Remains Pervasive in military services. The number is 14,900 members (8,600 women and 6,300 men) in 2016. Most victims were sexually assaulted more than once, leading to over 41,000 assaults in 2016 alone. As of 1998, 17.7 and 2.78 men have been assaulted. The organization has aided 2.7 million since 1994.

We are in the 27th anniversary of the Anita Hill testimony in 1991. How many assaults should occur before the President wife and children ask the President to withdraw the nomination of Mr. Kavanaugh? Would the President still back his candidacy if one of his children had been assaulted?

The lessons of history are prized. Many of the Justices who opposed progressive legislation in the nineteenth and twentieth centuries were, parallel to Justice Thomas and Judge Kavanaugh, inspired solely by political ideology. Another ultra-right political ideologue on the Supreme Court undoubtedly will harm the nation for many years. Mr. Kavanaugh is the wrong person at the wrong time. The Evangelicals, the President most stalwart supporters, have pushed his nomination for all the wrong reasons.

Yesterday, at a gathering with a mega crowd of cohorts in West Virginia the President turned the besieged Supreme Court entrant into a pleading cry for Republicans to the ballot in November, stating they can cast off the “ruthless and outrageous tactics” used against the Judge by Democrats.

The President and Judge Kavanaugh claim they are Christians. Why are the President and Mr. Kavanaugh failing to behave as Jesus would? Likewise, if the Republican Senators believe they are Jewish and Christian, they then must ask themselves the following: If Moses and Jesus were alive would they vote for Mr. Kavanaugh? Senate Majority Leader, Mitch McConnell, has made the answer clear: Dr. Christine Blasey Ford does not matter. This is about shaping the judiciary for years to come!

Judge Kavanaugh has become more distrusted and disliked following his last testimony in the Senate Judicial Committee. This is the right time for him to protect his family and his reputation. It is not late to announce his withdrawal as a candidate for the Supreme Court for the good of the country.

In summary, it is the President who is the guilty party not only for making the U.S. the laughing stock of the world in foreign policy and causing animosities and bloodshed between the nations but also for compromising the integrity of the Supreme Court and by extension the national security of the country.

Professor Montaser is the co-author/co-editor of six significant books that are famed as the “Bible” of the field. The books have been translated into, for example, Chinese, Japanese, and Korean. His three new books on plasma mass spectrometry are due for publication in 2018 and 2019. The techniques described in these comprehensive volumes have revolutionized the practice of analysis and led to the development of new devices, such as cell phones, high-speed laptop computers, and other high-storage devices.