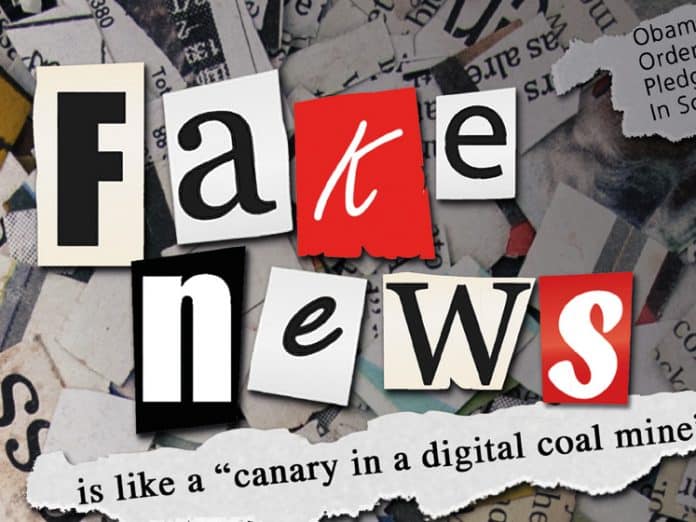 [ Editor’s Note: The British public has found the Achilles’ heel of journalists by pandering to the Deep State press moguls to dutifully smear selected political targets via biased reporting. 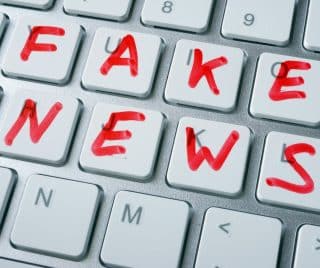 It seems the Tommies have taken up the challenge of monitoring reports of political events to catch reporters spinning what was said.

A Guardian reporter got fried recently by what seemed to be independent readers that had befriended her Twitter feed as an effective way of not only keeping an eye out for any spinning, but having their comments distributed by her twitter feed.

VT sends a big congratulations out to these not-on-their-knees Tommie watchers who have found an excellent way to have their voices heard.

This tool should be able to be used the same way in the US, so let’s spread the word and jump on the band wagon. Everybody can sign up to Twitter feeds of people they suspect of having hidden agendas and can build their own networks inside the offenders’ networks – fighting fire with fire.

We will wait to see if critical Twitter commenters can be bounced out of a follower queue with one click of a button. If that happens, others need to be ready to take the bumped people’s places.

Groups of people can “adopt those they choose in the media to be monitored”. This could become the resistance tool of our times, to be able to fight on the inside. My thanks to all those who participated in roasting Ms. Pippa Crerar … Jim W. Dean ]

It’s often possible to determine just how stupid a tweet is by looking at the ratio of retweets to responses. Such is the case with one tweet posted by the Guardian’s deputy political editor about Jeremy Corbyn last week.

Live-tweeting from the Labour Party conference in Liverpool, Pippa Crerar relayed to her followers a criticism that Corbyn had made during his speech about the mainstream media in Britain – but her framing of the comment was so purposely misleading and utterly disingenuous that it actually ended up proving the Labour leader’s point.

Referencing a line in the speech during which Corbyn said the British press often “smear the powerless, not take on the powerful,” Crerar feigned shock and disgust and wrote that “as a journalist” it made her “very uncomfortable” to hear Corbyn leading an “attack” on the free press. “Dangerous, Trumpian territory,” she wrote.

The tweet garnered 21 retweets, but more than 450 responses — most of which were in complete disagreement that Corbyn’s comments were “Trumpian” in nature.

It’s a bit like being at a rock concert. Ooh Jeremy Coooorbyyynnnn. pic.twitter.com/VfLHjstK6k

“Labour trades in hope for the many, rather than favours for the few” says JC as he attacks Tories for raising money from “dodgy donors and shady business partners”.

Indeed, it is hard to overstate just how moronic it is to compare Corbyn’s legitimate criticism of the British press to Trump’s version of media criticism, which is essentially that everything critical of him is “fake news” and not to be trusted.
–

In the section of his speech dealing with the media, Corbyn pointed out that a few billionaires “own the bulk of the British press” and that this, naturally, has an effect on its coverage. Unsurprisingly, given his politics, that coverage is heavily skewed against Corbyn. His accusations and criticisms are entirely justified – and he can back it up with ample evidence.

A 2016 study carried about by the Independent newspaper found that a whopping 75 percent of press coverage “misrepresents” Corbyn – and instead of acting as a critical watchdog, much of the press was acting as an “antagonistic attack dog” when it came to the Labour leader.

Corbyn criticises some parts of British media, claiming they “smear the powerless, not take on the powerful”. As a journalist, makes me very uncomfortable to hear him leading attack on our free press. Dangerous, Trumpian territory.

A prevalent way to deride Corbyn, the Independent study found, was through “scorn and ridicule” – including persistent attacks on his ideas, his personal life, his appearance and his lifestyle. Corbyn was being “actively delegitimized” in a systematic way which was “unworthy of a democracy” – yet Crerar and those like her think Corbyn highlighting this fact is the bigger problem.

Perhaps what really hurt Crerar’s feelings was what Corbyn said next in his speech. One of the reasons, he suggested, why the media has been so against Corbyn’s Labour could have something to do with the fact that “we don’t fawn over them at white tie dinners and cocktail parties”.

Mainstream journalists, much like the politicians they cover, want to be revered and cajoled and constantly reminded of their own usefulness. This kind of mutual ingratiation between journalists and politicians goes on constantly and those who don’t partake in it are viewed with suspicion. They threaten the very comfortable order of things and must immediately be delegitimized and discredited.

Corbyn went on to say Labour would “protect the freedom of the press to challenge unaccountable power” and to highlight the treatment of journalists by authoritarian governments around the world. But for Crerar, this part was irrelevant. The fact that he had levelled any kind of criticism toward her own kind was unacceptable and put Corbyn into “Trumpian” territory.

Heaven forbid anyone ever criticises the press. I mean, it’s not like they hacked the phones of dead children or pretended to be attack victims to get inside hospitals, is it? Why are you the only industry that demands no oversight/criticism? It’s not Trumpian to call you out.

It’s hard to believe that someone in Crerar’s position can’t tell the difference between Trump’s ‘all bad news about me is fake’ take on the media and Corbyn’s pointing out that media ownership and consolidation in Britain is a real problem.

It has to be suggested then, that Crerar purposely misinterpreted Corbyn’s words on Twitter in an effort to piggyback on a zeitgeist trope about the free press being under attack.

It’s a dirty little trick designed to smear Corbyn as some kind of fascist-in-waiting. But if the deluge of negative responses under the tweet are anything to go by, it’s not working. People are not as stupid as political reporters would seemingly like them to be.

No, Corbyn’s right. You (the media) need to do a better job of holding the actual powerful to account, and stop parroting riddiculous talking points in a bubble. This Summer has been an embarrasment for the British media.

In the Trump era, journalists have become overly sensitive and are far too quick to denounce any critique of them or their work as an “attack” on the free press. This is nonsense. It’s a lazy, knee-jerk reaction.
In fact, it almost seems as though some of them might enjoy it if the free press really was under threat from the likes of Corbyn – just so they could moan about their own importance all day on Twitter.

One of the responses to Crerar’s tweet asked why we are supposed to “fetishize” the press. It’s a good question. Journalists do an important job, but they are not gods and they should not be revered. They should certainly not believe themselves to be above criticism.

He’s calling you out, not smearing you. And he is right. For example, it’s lazy to describe his remarks as ‘Trumpian territory’. Didn’t they warn you about the dangers of cliched comment in whatever journalism school you went to? You prove his point with this tweet.

Journalist Hicham Yezza was one of the people who responded to Crerar’s tweet. A contributor to the Guardian himself, Yezza reminded (https://twitter.com/HichamYezza/status/1045031830188175360 ) her that the UK press is controlled and shaped by a handful of billionaires, who use their power “to protect narrow elite interests at the expense of the public good”. This, he wrote, is an “an open betrayal of journalism’s civic mission” and a far bigger threat to journalism than Corbyn is.

It’s becoming trite and boring how criticism of the press is now dismissed as “Trumpian”.

Just because Trump rails against the media doesn’t make other criticism unjustified.

There is a huge difference between fair and justifiable criticism of the media – and Trump’s constant harping on about fake news to describe absolutely anything negative about himself.
Veteran journalist Jonathan Cook put it well when he wrote that what Trump has done is “appropriate the linguistic veneer of media criticism, without its intellectual substance” to justify his own selfish agenda.
This is vastly different to Corbyn’s motivation and the motivation of others who aim to identify “when and how the news is misrepresented by the corporate media, and whose interests are being served”.

Simply describing it as ‘Trumpian’, without engaging the substance, is a version of the fallacy of composition. Not all criticism is the same, and the fetishisation of a ‘free press’, a concept which is rarely defined and does not allow for critique, is fundamentally unserious.

In his speech, Corbyn challenged people to fight back against the “propaganda of privilege” by using the “mass media of the 21st century” which is of course, social media. Looking at the firestorm of criticism Crerar unleashed on herself for that tweet, it seems at least a few people took his advice.
ATTENTION READERS
Due to the nature of independent content, VT cannot guarantee content validity.
We ask you to Read Our Content Policy so a clear comprehension of VT's independent non-censored media is understood and given its proper place in the world of news, opinion and media.