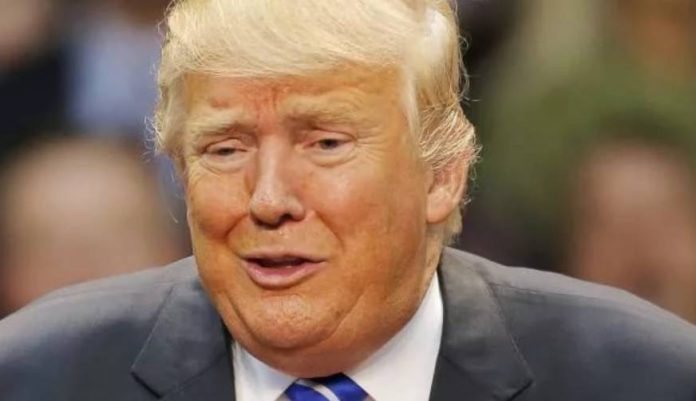 Editor’s note: The president is the chief law enforcement officer of the US.  With this comes responsibilities and limitations which Trump violates on a daily basis.

These aren’t passive acts, and it isn’t simply smears, and obstruction.17 American states have criminal defamation laws that apply to Trump tweets.  It is criminally illegal to tweet insults, to smear or defame involving personal ethics or morality.

Trump does little else and should have been indicted dozens of times over in each state.  Laws apply not only if Trump were there when “tweeting” but if anyone in that state received or read his tweet.

This will be the first of many upcoming reports exposing Trump.  Key, of course, are those acts that are felonies attributable to Donald, such as inflating/faking accounting to illegally raise rents on rent-controlled apartments.

These charges will involve perjury, fraud (mail and wire), conspiracy and obstruction.

Past this, a life of criminal fraud is coming into focus.  Let’s see what is done with him.

New York state tax authorities are investigating after the New York Times reported that Donald Trump engaged in “dubious tax schemes during the 1990s, including instances of outright fraud”, as he and his siblings took control of a real estate empire built by Fred C Trump, the president’s late father.

“The tax department is reviewing the allegations in the NYT article and is vigorously pursuing all appropriate avenues of investigation,” the New York state taxation authority told the Washington Post.

In a blockbuster investigative report built on interviews with the elder Trump’s former employees and more than 100,000 pages of documents including tens of thousands of pages of confidential records, the New YorkTimes unfolds the story of how Trump “received the equivalent today of at least $413m from his father’s real estate empire, starting when he was a toddler and continuing to this day”.

Little of the information had previously come to light. Its publication, which was subject to blanket denials by a lawyer for the president and by the White House but which was not refuted in detail, fundamentally alters the visible facts establishing the centerpoint of Trump’s identity: his wealth.