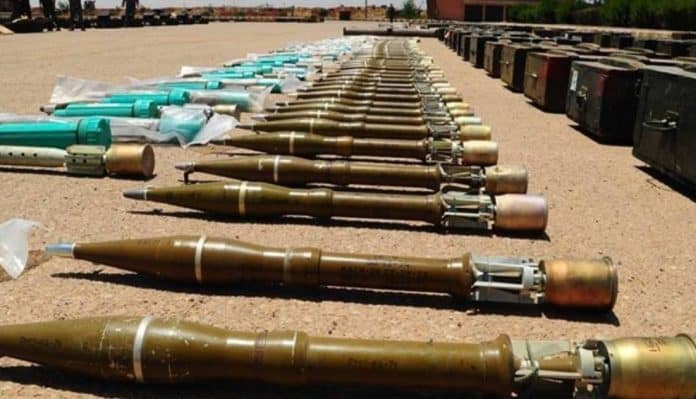 TEHRAN (FNA)- The US military forces have been supplying arms to the terrorists in Syria, a Russian daily reported on Wednesday, adding that most such shipments are arms and ammunition made in East European states.

The Russian-language Eurasia paper reported that Bulgaria is still the main source of providing weapons for terrorist groups in Syria.

The daily went on to say that the US imported $98mln Bulgaria-made arms in 2016 when terrorists in Syria found access to Grade Missiles and other unique weapons, including anti-tank cannons.

The daily further said that the US has also sent ammunition to terrorists in Syria, disclsong that Bulgaria has sold 23 tons of ammunition to a US company that is affiliated to the British Chemring Military Products Company in the current year.

The army soldiers ambushed a group of ISIL that tried to move from al-Tanf in Southern Homs towards al-Bayarat al-Qarbi in Palmyra to further move towards Raqqa via al-Taweinan and Wadi Abyaz Dam region.

The army men killed two terrorists and captured two more, forcing the remaining pockets of the terrorist to flee the battlefield.

In the meantime, other units of the army ambushed another group of ISIL terrorists in al-Forou’a region 70 km Southeast of Palmyra, and captured five terrorists.

The army units seized two military vehicles with communication devices on board and a large volume of the US-made machineguns and M16 rifles and several boxes of munitions.