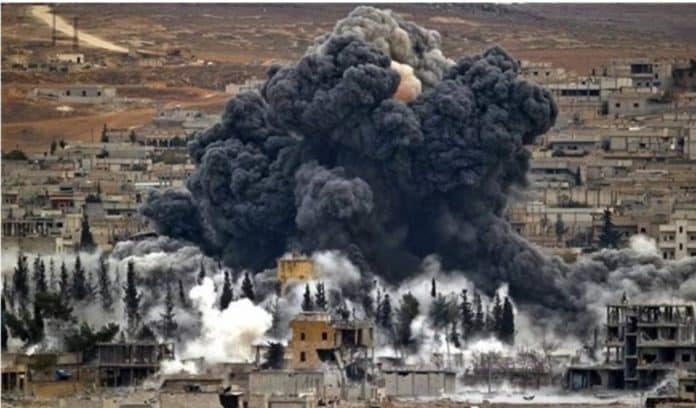 TEHRAN (FNA)- Over 20 people, including militants and civilians, were killed and wounded in a huge explosion in the town of A’azaz in Northern Aleppo, sources said, adding that infighting among terrorists has also intensified in the town of al-Bab in the same province.

Field sources reported on Saturday that a bomb-laden car was detonated in the industrial zone East of A’azaz which is under the occupation of the Turkish army and its affiliated militants in Northern Aleppo, destroying several military vehicles and civilian cars.

They added that at least 4 people were also killed and over 21 others were wounded in the explosion.

Meantime, reports from al-Bab in Northeastern Aleppo said that heavy clashes between Ahrar al-Sham and the FSA-affiliated Jeish al-Ahfad terrorist groups in the village of al-Sokriyeh near al-Bab in Eastern Aleppo killed and wounded a number of militants and civilians.

The clashes happened after Ahrar al-Sham targeted the vehicle of Jeish al-Ahfad commander.

In a relevant development last month, the Turkish army and Ankara-backed FSA militants engaged in heavy infighting in the city of A’azaz in Northern Aleppo as tensions intensified in Northern Syria.

Heavy infighting broke out between militants of Jbahat al-Shamiya affiliated to the Free Syrian Army (FSA) and the Turkish army stationed in key regions of A’azaz city which resulted in the closure of the roads leading to the city, local sources in A’azaz city said.

The sources noted that clashes happened after the Turkish army sacked the commander of the police and general security for his involvement in multiple bribery cases in Afrin.

They pointed to the intensified tensions and differences between the two sides in A’azaz city and the fury of the civilians, and said that the residents of city have been asking for the evacuation of the Turkish army units from the city and removal of the siege of the region.