[ Editor’s note: I had been expecting a plea deal for Mrs. Netanyahu by this time to avoid the continuing publicity on the case for Bibi, which is a stepping stone to his own legal issues.

I give credit to the Israeli police and judicial system for bringing the charges, but not for the snail’s pace at which they have proceeded, which I fear will have the public bored to death eventually.

So we have to ask ourselves, is all this being done for show and will have no political consequence for Bibi?

And, if he had to step down where Lieberman is the obvious Likud replacement, would the world be better off?

I have watched a string of ex-Israeli leaders convicted over the years – most doing short time if they went to jail – but it had no lasting effect on Israeli politics.

I am not holding my breath, but a Bibi conviction – Sara’s being a precursor to denting the political stranglehold – could at least mean that we wouldn’t have to watch Bibi’s crazy antics at the UN … Jim W. Dean ]

The wife of Israeli Prime Minister Benjamin Netanyahu has gone on trial for using state funds to fraudulently pay for hundreds of catered meals.

Netanyahu’s wife, Sara, appeared in court on Sunday for the first hearing in the fraud trial against her, in which she is alleged to have misused state funds in ordering catered meals. If convicted, Sara could face up to five years in prison.

According to the indictment filed in June, she’s been charged for allegedly overspending roughly $100,000 on private meals at the prime minister’s official residence, even when there was a full-time chef on staff.

In addition, Sara used state funds to pay waiters to serve the meals on weekends and during private events, according to prosecutors, who said the hand-picked waiters were registered as “extra manpower” or “cleaners” to hide the fact that they were being illegally employed.

She was also charged with fraud and breach of trust and of aggravated fraudulent receipt of goods. The trial was originally scheduled to start in July but was postponed for reasons that were not made public.

Sara’s trial has renewed the focus on Israel’s controversial first family. She had maintained a high-profile presence at her husband’s side throughout his long tenure. Her present legal woes would cause significant political damage to her husband, now in his fourth term.

Sara has long faced allegations of extravagant living and abusive behavior. In 2016, a court awarded some $47,000 in damages to a former housekeeper who accused the couple of repeated workplace abuse.

Netanyahu himself faces possible charges in separate corruption investigations, leading to speculation that he will eventually be forced to step down. On Friday, police quizzed him for a 12th time as a suspect in various cases.

Allegations against him include allegedly seeking a secret deal with the publisher of Israel’s top-selling newspaper Yediot Aharonot to ensure positive coverage in return for pushing forward a law that would have limited the circulation of a rival.

Police in Israel have arrested six people, including Prime Minister Benjamin Netanyahu’s former chief of staff, as part of an investigation into alleged corruption surrounding the purchase of German submarines. 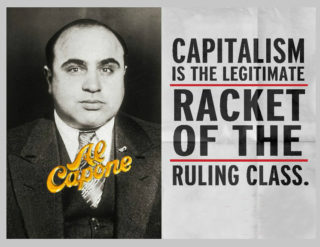 There is also an ongoing inquiry into the prime minister’s ties with local telecom giant Bezeq and its largest shareholder, Shaul Elovitch.

The scandals resulting from accusations against Netanyahu and his inner circle have raised questions about his political survival. He denies all allegations of wrongdoing, and is not required to stand down unless convicted.