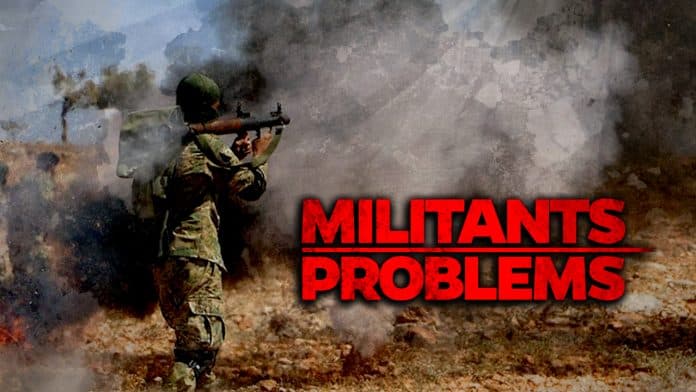 Idlib militants who refuse to lay down arms and continue attacks on government forces have to be arrested or eliminated, Russia’s Special Presidential Representative for the Middle East Mikhail Bogdanov told the country’s state-run news agency RIA Novosti on October 6.

He stated that Russia and its partners, including the internationally recognized government in Damascus, have repeatedly declared this position. The diplomat added that Russia continues contacts with Turkey on the situation in Idlib in the framework of the agreement reached by the sides in September.

Hayat Tahrir al-Sham (formerly Jabhat al-Nusra) and the Turkish-backed National Front for Liberation (NFL) appeared to be in the center of intra-militant tensions in western Aleppo during the last two weeks.

Initially, tensions between the sides erupted on September 26 when Hayat Tahrir al-Sham attacked the NLF in the town of Darat Izza. Following a series of clashes the sides reached the ceasefire. Nonetheless, on October 5, armed clashes erupted between the sides in Kafr Halab. On October 6, clashes were also reported in the towns Mizanaz and Kafr Nouran. According to various sources, up to 7 militants and about a dozen of civilians were killed or injured in these incidents.

Currently, the sides have once again reached a ceasefire. However, it appears that the tensions between the sides will grow further as the day of the demilitarized zone establishment, October 20, comes closer. Hayat Tahrir al-Sham as well as other al-Qaeda linked groups will be the key loosing side if the agreement is employed.

On October 6, reports already appeared that the Free Idlib Army and Faylaq al-Sham, which are a part of the NFL, have already started withdrawing its heavy weapons and equipment from the agreed demilitarized zone.

On October 7, Israel’s Prime Minister Benjamin Netanyahu said that he and Russia’s President Vladimir Putin have agreed during to meet soon to discuss the situation in Syria and further cooperation between the two states.

“We agreed to meet soon to continue the important security coordination between our armed forces,” Netanyahu stated at a cabinet meeting in Jerusalem.

During the same meeting, the Israeli prime minister once again repeated that Israel will continue to act against Iran and Hezbollah in Syria.

The Israeli leadership likely hopes that the upcoming meeting between Netanyahu and Putin will likely ease the tension between the states, which erupted after the IL-20 incident on September 17. Thus, Tel Aviv will be able to avoid further consequences of its recently demonstrated “hostile” approach towards Russia.

241 ISIS members and commanders have been killed in clashes with the Syrian Democratic Forces (SDF) since the start of the SDF operation in the area of Hajin in the province of Deir Ezzor, the Syrian Observatory for Human Rights (SOHR) says. According to the SDF itself, the number of the killed ISIS members are even higher. Nonetheless, the situation in the area still remains complicated and SDF units have not been able to break the ISIS defense in Hajin so far.