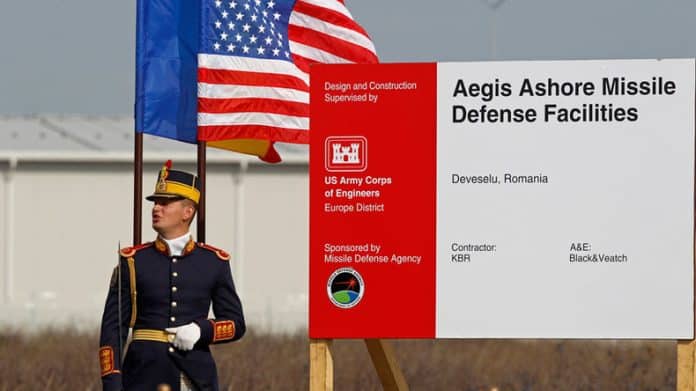 [ Editor’s Note: Veterans Today has consistently reported that the US has been doing exactly what it has been accusing Russia of, violating agreements, which then justifies the US giving itself retroactive approval for having done so, pretending it is a reaction to “Russian aggression”.

When you are up against a 12 to 1 military superiority adversary, aggression is never in your game book, but defense and mutually assured destruction is, as that is all you are capable of doing.

This obvious fact is never mentioned in US corporate media, or in any think tank analysis we have seen. So we have to ask what is driving the phony war hype; and all we can come up with is it is an organized crime act to make huge amounts of money on top of what the hoodlums already have.

When the US put these Aegis system launchers into Romania with their powerful radars that can see deep into Russia, the Pentagon rolled out the cover story that they were only armed with kinetic energy missile warheads and hence were “defensive”. The lie was not to fool Russia but the American people. We have trouble watching the US military command lie to the American people.

Putin countered, correctly, that those missiles could be swapped out for cruise missiles in a matter of a few hours. VT added at the time that they also could be armed with mini-nuke war heads to be used in a preemptive strike. Eventually we will see hypersonic missiles, where the term “hair trigger” will no longer be an exaggeration.

It will create a situation where once such missiles were fired at Russia, it would have to make a quick decision to fire everything it had at all NATO bases and any other threatening bases within range while it still had the missiles in place to do so, before they were destroyed.

We got the usual zero response at the time, and also no one attacking us, as that would have given us more attention. The US and NATO game plan has been to get as close to the borders of Russia and China with as much military power as possible, a gun pointed right at their heads.

This is not defense. It is aggression. The American people are asleep at the wheel in terms of doing anything about it, and hence will deserve to have the debt piled up on them for their oversight. We sadly will not be innocent victims, I am sorry to say… Jim W. Dean ] 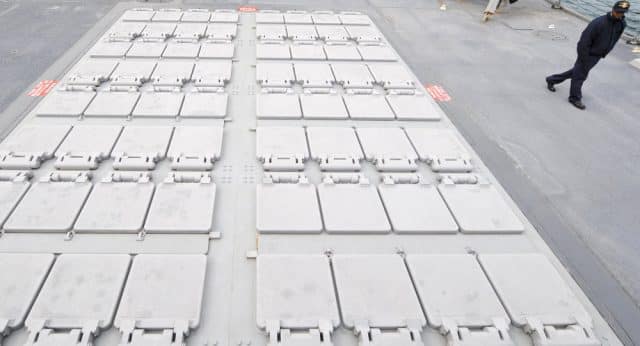 The United States started deploying Aegis Ashore missile defense systems, as well as MK-41 Vertical Launching Systems tubes that could be used to launch intermediate-range cruise missiles in Europe in June, according to the Russian Foreign Ministry.

Deployment of the US Mk-41 launching systems in Romania and Poland contradicts the Intermediate-Range Nuclear Forces (INF) Treaty, Vladimir Ermakov, the head of the Russian Foreign Ministry’s Department for Nonproliferation and Arms Control, stated.

“There are also serious questions regarding the actions of our American colleagues that are contrary to the INF Treaty, including the ground-based deployment of universal Mk-41 launchers in Romania and Poland,” said Head of the Russian Foreign Ministry’s Department for Nonproliferation and Arms Control Vladimir Ermakov during a general debate in the First Committee of the UN General Assembly.

He noted that Russia as a responsible and consistent supporter of the nuclear disarmament process for over 50 years has made a large-scale contribution to the reduction of strategic offensive weapons, and on February 5, 2018, Russia reached the maximum levels of carriers and warheads under the Russian-American START Treaty, as a result of which Russia’s nuclear arsenal has been reduced by more than 85% compared to the peak of the Cold War.

US Threat of Preemptive Strike on Russia ‘Impossible to Take Seriously’
–

In May, US President Donald Trump accused Russia of allegedly violating the INF Treaty and ordered US Secretary of State Mike Pompeo to propose new sanctions against Russia in connection with these breaches. The Kremlin responded by saying that Russia had never violated the agreement.