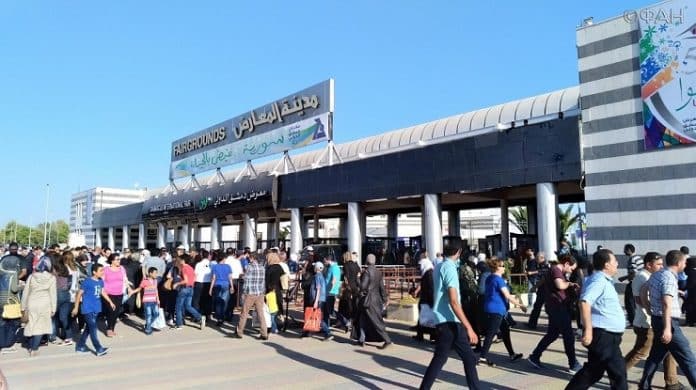 [ Editor’s Note: Salman Rafi Sheikh gives excellent analysis on a subject almost banned in the Western press – how major players like China are not only going to contribute to building Syria’s destroyed infrastructure but much more.

Sure, the infrastructure jobs will jump start the economy again, but that will be a boom-and-bust if permanent jobs are not created. Those have to be based on consumer items and developing raw material exports.

The strange part of this story below is that, while China is wanting to develop a major port in Syria’s Tartus, it is also doing the same in Israel, with a new port in Ashod, and recently getting a 25-year contract to run the new port in Haifa.

Seaport and airport contracts are big targets for intelligence fronts, which is why the Israelis are into them in a big way, usually by providing “security”, meaning they can run any operation, smuggling or otherwise while policing themselves to make sure they don’t get caught. And they can earn a lot of brownie points or money, by letting friends slip things through the ports.

This was how the obviously already profiled 911 patsies were able to move through the Boston airport so easily, even if they never got on the plane, as no video on them being there has ever been shown, when we know the airport had high definition cameras all over the place.

Notice that while US sanctions have been focused on Chinese exports, that we have not seen any major moves to stop Chinese business investment overseas. Although everyone is subject to payment settlement extortion to some degree, the midnight oil is being burned to formulate ways to protect against that form of economic terrorism.

I use that term not to hype the situation, but because we are seeing economic weapons being routinely used by the US that have been historically used during war time. Our military people could be viewed as being abused by their being rented out to US multinationals and defense corporations to enhance their stock profit margins.

And last, there are those at VT who view this conduct as a war against the American people, which is why we keep blasting away at it . . . Jim W. Dean ]

The potential end of the war in Syria has already started to attract investors for the country’s reconstruction and its millions of peoples’ rehabilitation and employment.

While no one country can single-handedly put Syria back on track, not every country’s economic investment in Syria would have as significant strategic implications as China, for China would not just be playing a role in reconstruction, but it will also be turning Syrian into a strategic territory by connecting it with its Belt & Road Initiative.

Already China has expressed deep interest in building a sea port in Tartus, which will serve China’s strategic interests, serving to directly establish a sea line of communication through Gawadar in Pakistan and Tartus in Syria. China is, therefore, is fully attentive to what it can do in Syria in the post-war scenario and how it can translate Syria’s infrastructure needs into a strategic opportunity for itself.

At the recently concluded 60th Damascus International Trade Fair, China did set itself out by stressing how China not only aims to reconstruct Syria, but also invest in such ventures that would directly give an input in building Syria’s economy.

China’s plans include steel plants as well as car manufacturing facilities in the province of Homs, which means China will be doing a lot more than just post-war reconstruction. About 200 Chinese companies were present in this fair and some of them did enter into contracts with some Syrian companies such as Mallouk & Co. to start producing Chinese brands of cars in Syria.

The fact that most of the companies present there were state owned makes it clear that the Chinese government has already launched its Syria project and is aiming to extend it further.

Even before this Trade Fair was held, China had made its intentions through a letter that China’s ambassador to Syria had written. The letter makes it clear as to how China aims to connect Syria with BRI through the laying down of an extensive rail network and other financial and infrastructural projects.

How exactly this will happen is yet to be seen, but what we know so far is that China’s plans include a larger territorial connectivity of other regions through Syria. One of the projects in the pipeline would suffice to illustrate China’s approach.

According to this, while China has interest in the port of Tartus, an alternative option for China, which is also under consideration, is to build a sea port in Lebanon’s city of Tripoli and use that port, through a railway network connecting Lebanon and Syria, to build a new geography of trade and deliver its goods and materials into and from Syria.

Another important aspect of cooperation touched in the ambassadors’ letter happens to be security cooperation i.e., military to military cooperation, provision of arms and weapons systems and training of Syria’s military forces.

Co-operation in security aspect serves China’s interests in two principal ways. First, with China ready to make huge investment in Syria, it would ideally want to see a Syria that is secure enough for this investment; hence, the parallel security cooperation.

Second, by extending military cooperation, China would want to make sure that it continues to have a direct say in the country’s security matters to better look after its economic interests.

And in the letter that Chinese ambassador wrote, the clear emphasis on expanding counter-terrorism area tells us a lot about what is to come in future in terms of direct military to military cooperation, which might or might not fell short of direct Chinese military deployment in Syria. This is one specific area in which Chinese have deep interest because of the reported presence of Chinese militants in Syria.

On top of all this is the fact that China has the eager Syrian elite waiting for it to launch its ambitions projects. Syria is eagerly looking towards China for these projects not only because these projects serve to reconstruct Syria and help it improve its impoverished economic condition, but also because an increasing Chinese investment and Chinese presence will be add to the Syrian regime’s international legitimacy.

As such, while Chinese presence will complicate matters further for the US and its allies, it will directly help the Syrian regime to avoid an economic collapse soon after the war and the subsequent pressure from within and outside Syria.

But Chinese interests seem to outweigh those of Syria in terms of both magnitude and geo-political potential. For China, a strong presence in Syria and Syria’s direct territorial link with the mainland China through Turkey, Iran and Pakistan would allow China to became a very uniquely placed geo-political player in the Middle East, giving it edge over other well-places players and thus un-seating many old players.