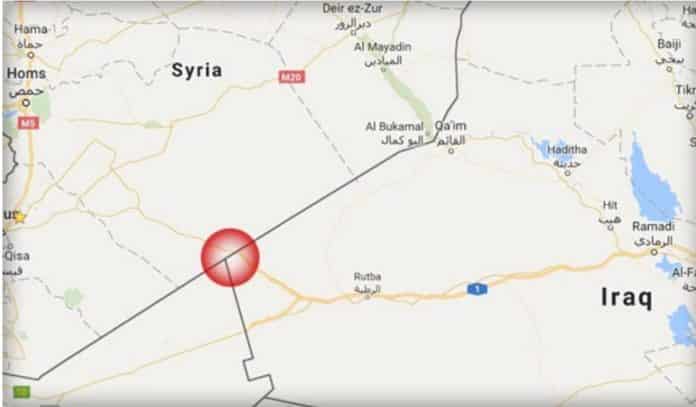 TEHRAN (FNA)- The US-backed militants prevented a convoy, carrying food stuff, from entering a camp in al-Tanf region that is home to a large number of refugees, a media outlet reported on Saturday, adding that the move was done to provide back up for the US policies in the region.

The Arabic-language Al Youm news website quoted Mahmoud al-Homeili, the heady of the media center of the civil department in al-Rukban camp in al-Tanf region, as reporting that the US-backed terrorists of Maqawir al-Thawra blocked food stuff convoy for the refugees in the region.

He further told Al Youm that “we held several meetings with the commanders of the US-led coalition and terrorists of Maqawir to ease transfer of food stuff to the camp but they refused to assist us”.

Al-Tanf border-crossing that is under the occupation of Maqawir can be used for dispatching food aid to the camp, but, Maqawir terrorists have proved adamant citing political and military considerations relevant to the US-run base in al-Tanf.

Al Youm went on to say that several civilians, including four children, have lost their lives in the last 15 days due to the lack of medical care and dire living conditions in al-Rukban camp.

The Arabic-language website of Sputnik news agency quoted an informed source as saying last week that Turkey was behind the delay in transferring all terrorist groups from al-Tanf region and al-Rakban camp to Northern Syria to pave the ground for civilians’ return to their villages and towns.

He added that the Turkish side did not fully accepted to transfer the US-backed terrorist groups, including al-Quaryatayn, Maqawir al-Thawra and Ahmad al-Abdou, stationed in al-Tanf to regions in Northern Syria.

Based on the report, Turkey wanted to shelter the foreign terrorist groups, including Turkistani, Turkmen, and other militants who consider themselves as remnants of the Ottoman government in Northern Syria and prevent the Syrian militants from residing in that region.

The source also said that delay in the implementation of al-Tanf agreement also delayed the US forces’ withdrawal which depended on the retreatment of all terrorist groups by receiving government amnesty or their transfer to Northern Syria, adding that Ankara revealed its opposition after a likely agreement with the US in this regard.