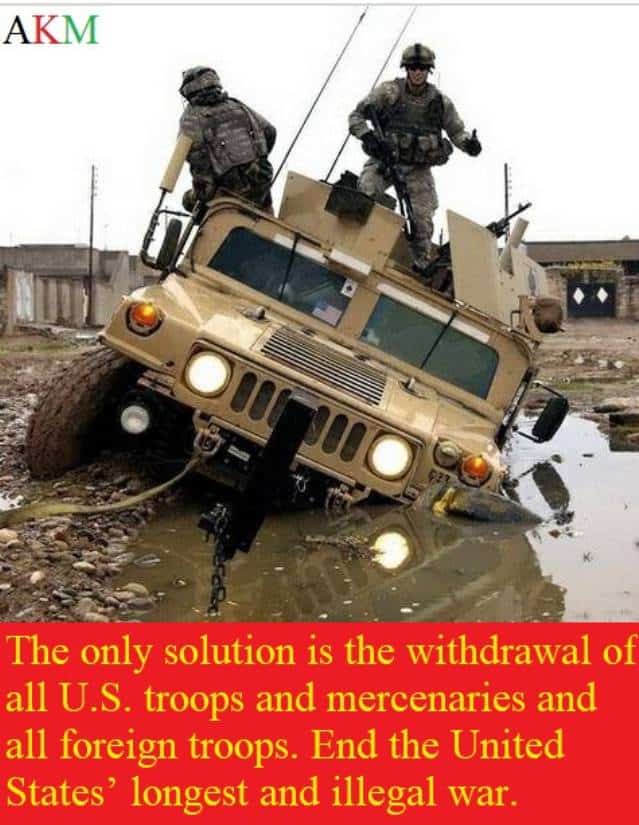 By Kadir Mohmand for Veterans Today

I strongly believe that the American people need to wake up and investigate the trillions of dollars wasted in Afghanistan. If the United States really wants peace, the first step is to release the Afghan women who are political prisoners, from the Afghan prisons and “U.S. CIA “black” prisons around the world. The American people also need to know about the corruption and seek to end the longest U.S. war. The peace talks meeting in Doha, Qatar on October 12, 2018 between the Taliban and billionaire war profiteer, U.S. Special Representative Zalmay Khalilzhad on the eve of the Afghan “election” (U.S. selection) are a farce and just for show. Everyone knows Khalilzhad is the architect of 9/11 policy and invasion of Afghanistan. Under the umbrella of U.S. occupation forces, the so-called Afghan election on October 20, 2018 is the U.S. “selection” of a U.S. controlled Afghan puppet government. The U.S. pays $30,000 for each Afghan candidate. It is not an independent, democratic election by the Afghan people and for the Afghan people. That is a joke. 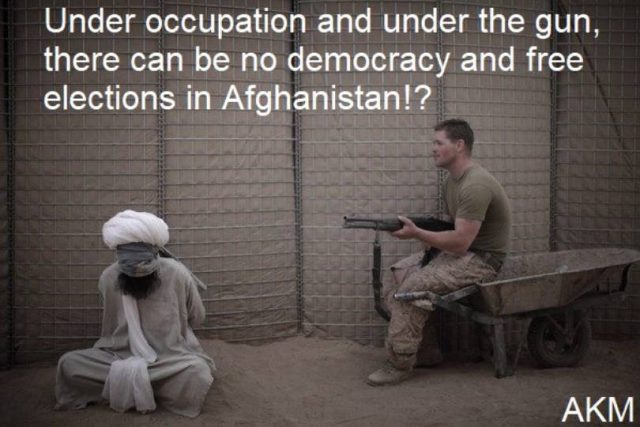 There can be no free and democratic election when Afghanistan is under U.S. occupation and under the U.S. gun. It is a farcical show to fool the ordinary American people and the international community. I strongly believe the United States wants to distract them from the truth, which is about a trillion dollars of their tax and world donors’ funds. All these funds have been wasted in Afghanistan over these 17 years. The majority of the money has gone into the personal accounts of greedy, corrupt war profiteers such as Zalmay Khalilzhad , Afghan warlords and U.S. war mongers. Instead of focusing on the investigation of corruption, the illegality of the war and the fact that after 17 years of bloodshed, the U.S. tries to deceive the Afghan people and world public opinion about the fake election in Afghanistan. 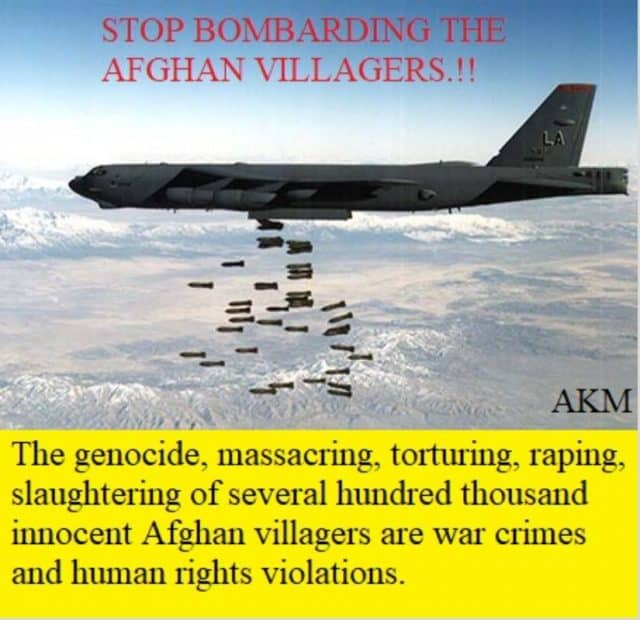 The U.S. government uses its puppet, the Qatari government, to force the Afghan resistance to sit to the table with Afghan billionaire war profiteer Zalmay Khalilzhad, who became a billionaire after the U.S. invasion and occupation of Afghanistan and Iraq. It is well known that the Pakistani and Qatari Governments are holding the Afghan Resistance’s family members in Qatar, in Pakistan and in U.S. “black” prisons throughout the world. There is likely coercion involved in these so-called peace talks. Of course, the war profiteers like to control and lead these farcical peace talks because they profit if the war continues. 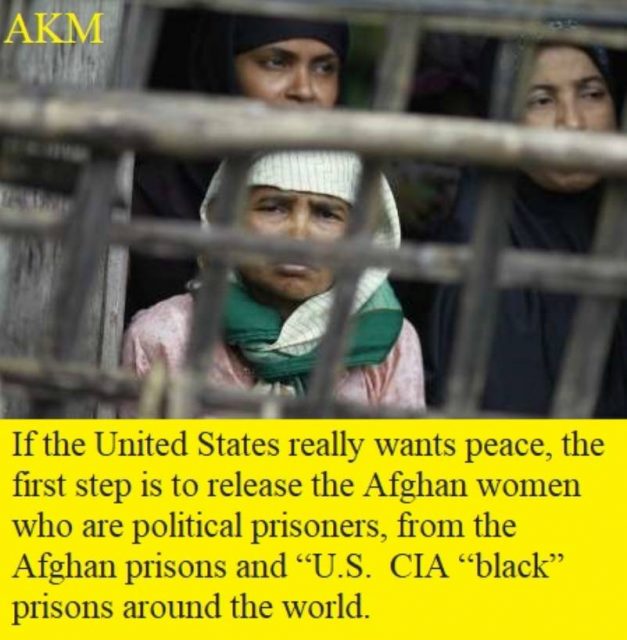 I strongly believe that the U.S. government does not want peace. It wants to keep dividing the Afghan people not to be able to continue resistance so that it can justify its long term military presence in Afghanistan and control and exploit its Rare Earth Elements (REEs). It has nothing to do with peace, building democracy or helping the Afghan people. There can be no peace without justice. All humans believe in that tenet. These war profiteers led so-called peace talks and farcical puppet elections will not bring justice or an end to war and suffering which Afghan villagers have wanted for four decades. The majority of the Afghan territory is under the control of the Afghan freedom fighters. The Afghan U.S. selected government does not even have control over the majority of Afghanistan. Why does the U.S. continue to waste money on the selection of a Kabul puppet government?

Trump administration’ appointees, war profiteer Zalmay Khalilzhahd’s talks in Doha and JSOC General Miller’s massacring of villagers especially at night are not a solution or step forward towards peace. As I informed the U.S. Department of State numerous times, Mr. Zalmay Khalilzad is an obstacle to peace. He is corrupt war profiteer and needs to be investigated and prosecuted. Khalilzad is looking out for his own pocket at the expense of the Afghans and the U.S. It is just a farcical show. It is not wise to put a hungry fox like greedy, billionaire war profiteer, Khalilzad, in the cage with the peace bird. Secretary of State Pompeo needs to remove Mr. Zalmay Khalilzad from his position if the United States is really seeking peace.

I strongly believe if this ugly war continues, the only winners are Russia and China. Afghans and Americans will be the losers. The U.S. Government needs to cut the funds for Afghanistan and end this war, which is filling the pockets of war profiteers and emptying the American coffers.

I strongly believe that this war in Afghanistan must end now. As history has shown, Afghanistan has been the grave yard of superpowers. As Afghanistan is my motherland and the United States is my homeland, I want the United States to be at peace with the Pashtun majority. I fought against the Soviet Union and the Afghan communists during the 1980s to stop communism. I know what war is. I hate war. I want to see the Afghans themselves prosecute the war criminals, who committed crimes from 1979 to the present, in lawful tribunals.

Afghans have suffered enough in past four decades because of war, occupation, drug trafficking and corruption. The Afghan children have suffered enough. Average Americans have suffered enough because of this war. The war profiteers like Zalmay Khalilzhad are the only ones benefiting. I strongly believe the only step in this peace process is to withdraw U.S. forces from Afghanistan. Maintaining or increasing troops will only continue and even escalate this war. Stop bombarding and killing Afghan villagers. Stop wasting U.S. tax dollars on farcical “peace” talks and fake elections. The only solution is the withdrawal of all U.S. troops and mercenaries and all foreign troops. End the United States’ longest and illegal war.