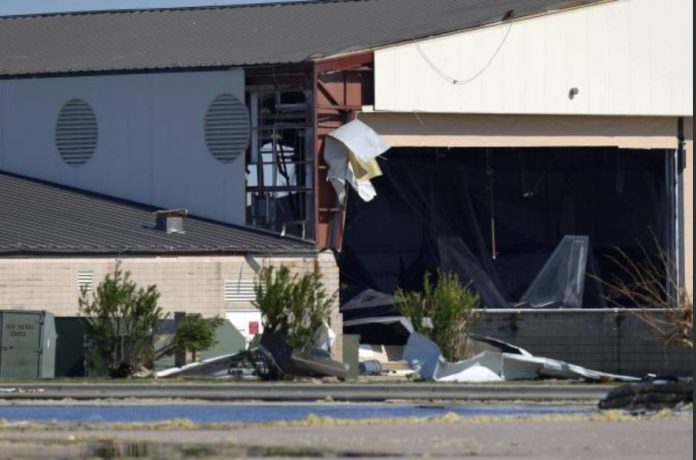 Sitting in the ruined airplane hangars of Tyndall Air Force Base, which was shredded on Wednesday when Hurricane Michael swept across the Florida Panhandle, may be some of the Air Force’s most advanced — and most expensive — stealth fighter jets.

Tyndall is home to 55 F-22 stealth fighters, which cost a dizzying $339 million each. Before the storm, the Air Force sent at least 33 of the fighters to Wright-Patterson Air Force Base in Ohio. 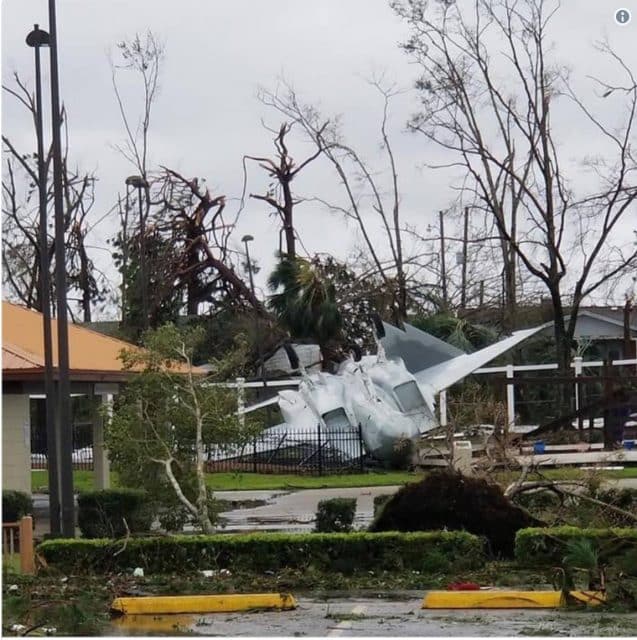 Air Force officials have not disclosed the whereabouts of the remaining 22 planes, other than to say that a number of aircraft were left at the base because of maintenance or safety reasons. 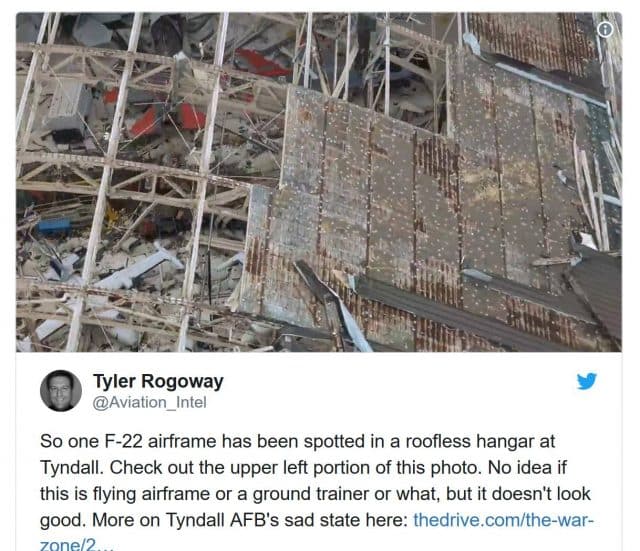 An Air Force spokeswoman, Maj. Malinda Singleton, would not confirm that any of the aircraft left behind were F-22s.

#HurricaneMichael barreled over the Florida Panhandle causing extensive damage to Tyndall Air Force Base, #Florida, Oct. 10. This footage, captured the next day, shows the damage down U.S. Highway 98, which cuts through the center of the base. #TyndallAFB pic.twitter.com/VmF8gMS6A7

But photos and video from the wreckage of the base showed the distinctive contours of the F-22’s squared tail fins and angled vertical stabilizers amid a jumble of rubble in the base’s largest building, Hangar 5. Another photo shows the distinctive jet in a smaller hangar that had its doors and a wall ripped off by wind.

(Editor’s note:  We add this strange video supplied by the US Air Force from one of their command pages:)

All of the hangars at the base were damaged, Major Singleton said Friday. “We anticipate the aircraft parked inside may be damaged as well,” she said, “but we won’t know the extent until our crews can safely enter those hangars and make an assessment.”