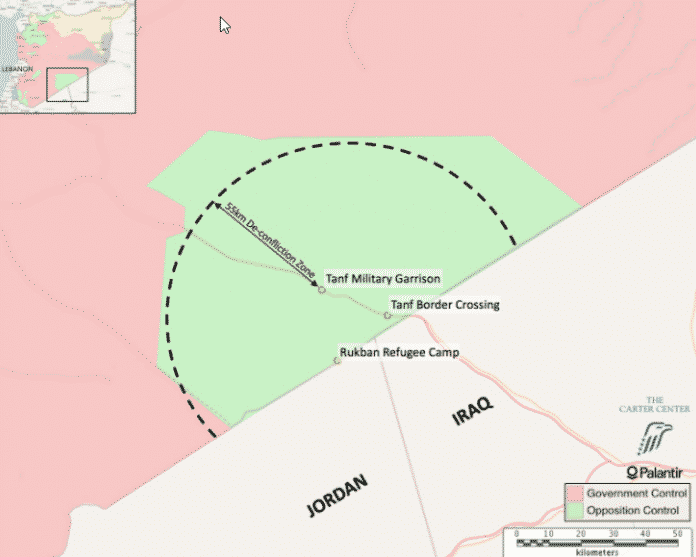 Health Editor’s Note:  Ongoing saga of the dilemmas of the Syrians in the al-Rukban refugee camp. The camp is located in a no man’s land, between Syria and Jordan, who share a border.  UNICEF reported that children are dying of starvation in this camp……Carol

Who is responsible for the humanitarian catastrophe in the al-Rukban refugee camp?

On October 9, 2018, a lot of videos appeared in Twitter on the plight of Syrian citizens in the notorious al-Rukban refugee camp.

The lack of necessary means of subsistence threatens more than 70,000 residents of this camp with a humanitarian disaster. It was consistently stated that the situation of the refugees in death al-Rukban remains a cause of great concern, but Washington does not allow any humanitarian convoys to arrive at this territory. Namely, the United States imposed a ban on entering the 55-kilometer zone around its base for Syrian government agencies and humanitarian organizations.

As a result, the Syrian government and the Center for the Reconciliation of the Opposing Sides are deprived of the opportunity to organize the delivery of humanitarian aid to Syrian citizens in the al-Rukban. Thus, the entire responsibility for the plight of more than 70 thousand refugees lays squarely with the military command of the US Army.

The fact is that the specified refugee camp is located near the American military base in the area of at-Tanf, not far from the Iraqi, Jordanian and Syrian border 260 kilometers east of Damascus.

It is not profitable for CENTCOM to let independent representatives getting into the camp as the conditions in it gave the US SOF ample opportunity to use IDP’s fate for issues not related to the Syrian refugee problem, in fact, to manipulate them, recruit them into the ranks of the opposition, train them and prepare them to fight B. Assad’s government. This information was confirmed by the “Lebanon free news” correspondents spoke with one of the American military personnel, captain Robert Harris, who served on the al-Tanf base in 2017 and subsequently commissioned because of severe illness after serving in Syria.

Washington has repeatedly been called upon to provide immediate, unimpeded access to facilitate the provision of humanitarian relief to the affected populations of al-Rukban camp, as well as to ensure the withdrawal of refugees to the places of their permanent residence and to liquidate al-Tanf military base, but efforts remain unsuccessful.