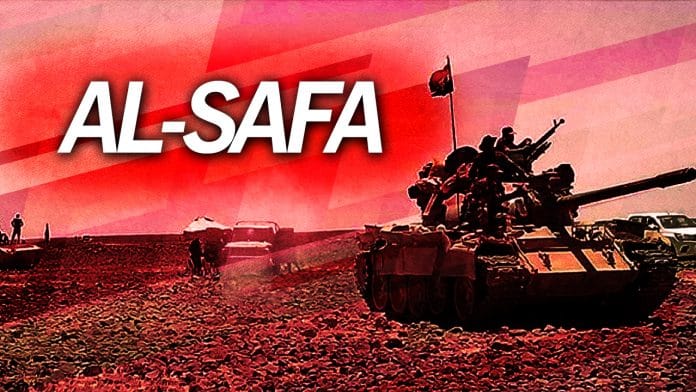 On October 11th, the Syrian Arab Army (SAA), local militais, and former fighters of the Free Syrian Army (FSA) prepared to launch a new offensive on the remaining ISIS fighters in the al-Safa area with support from Russia, north of al-Suwayda, local media reported. On October 12th and October 13th, pro-government sources reported that a large number of ISIS fighters had been killed. However, no notable gains were made by the SAA and its allies.

The Russia-Turkish deconfliction agreement is facing difficulties with the withdrawal of Hay’at Tahrir al-Sham from the demilitarized zone, according to local sources. Militants also violated the agreement on October 13th when they shelled the town of al-Bahsa and a base of the SAA in the northwestern Hama.

Turkey could also launch new operations in northern Syria, according to Turkish President Erdogan. Erdogan renewed a threat to expand Turkey’s military operations into areas east of the Euphrates river held by SDF. Ankara views Kurdish militias, which are the core of SDF as terrorist groups.

On October 12th, following clashes between ISIS and SDF, the terrorist group news agency Amaq reported that more than 28 fighters of the US-backed group were killed and 8 were captured in the Deir Ezzor countryside.

On October 14th, Sputnik cited a Pentagon representative who claimed that all weapons used by the US-led coalition in Syria comply with international laws.

On the same day, Iran’s Revolutionary Guards also vowed to keep an “effective” presence in Syria.

Brigadier General Ramezan Sharif, spokesman of the IRGC said that the “fabricated crisis” has been created in Syria to form a “safety margin” for Israel. He also said that Iran’s support for Syria adheres to all international norms and is by request of Damascus.

The US has said that its forces will remain in Syria until Iran leaves numerous times. The Trump administration and its key ally, Israel, see Syria, as well as most of the Middle East as a battleground to fight Iranian influence.