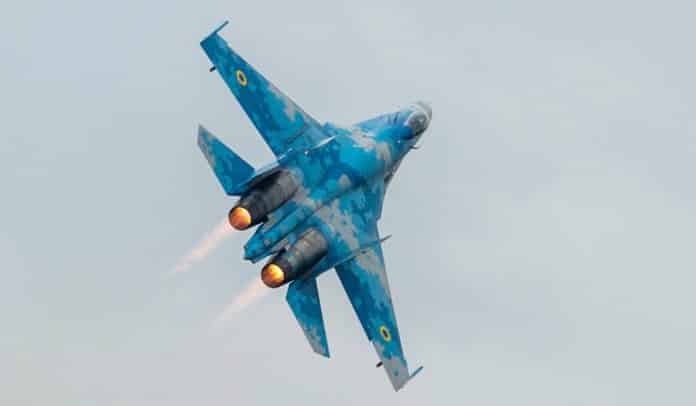 An American serviceman has been killed in a Su-27 fighter jet crash in Ukraine, Kiev’s military prosecutor has confirmed. The jet was taking part in a military exercise with NATO.

The Su-27 crashed during a simulated combat flight. The Ukrainian General Staff initially issued a statement on Facebook that mentioned the citizenships of the two pilots. 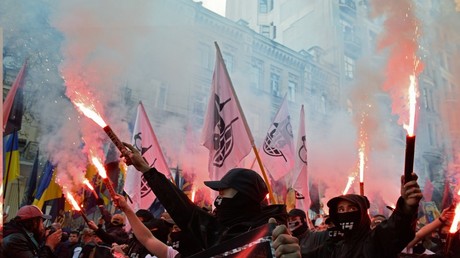 ‘Death to Muscovites!’ Nazi-collaborating WW2 militia commemorated with a march in Kiev (VIDEO)

“We regret to inform that according to the rescue team, the bodies of two pilots have been discovered: one is a serviceman of the Ukrainian Air Force, the other is a member of the US National Guard,” it said.

The Ukrainian military prosecutor’s office later confirmed that one of the fatalities was a US serviceman and another a Ukrainian.

The US Air Force said an American serviceman was involved in the crash, without specifying further.

Meanwhile, Ukrainian police warned that the crashed fighter jet may have munitions on board that could still detonate, a local UNN news agency reported. “It is a military aircraft. There could have been munitions on board that could detonate,” a police representative told the UNN, explaining why police officers had to cordon off the crash site and ban journalists from approaching the area.

An eyewitness to the crash told the 20 Khvilin website that the Su-27 was spinning as it was going down.

“It began rotating when it was flying above the settlement. The pilots were drawing the plane into the field” away from the village, she said.

The jet was reportedly taking part in Clear Sky 2018, a joint military exercise with NATO members taking place October 8 through 19 in Western Ukraine. Other participants include the US, Belgium, the UK, Denmark, Poland, Estonia, the Netherlands, Poland and Romania.

When advertising the drills on his Facebook page, he said NATO soldiers have “a lot to learn” from Ukrainians, and warned that, if Russia launched airstrikes against Ukraine, the cost would be “very high.”