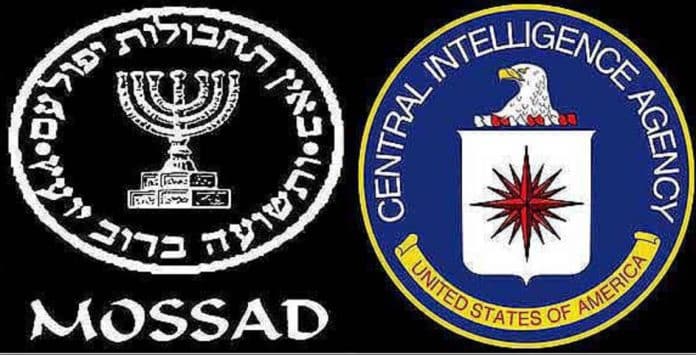 Pakistan has been a victim of wars, conflicts, diplomatic/political/economic coercion, subversion, sabotage, and false flag operations at the hands of India which to this day has not reconciled to its existence. India initiated injurious steps right from Pakistan’s inception to keep it politically destabilized and economically weak and dependent. To unroll Two-Nation theory, her first target was East Pakistan, which she exploited owing to its isolation and socio-economic vulnerabilities. A segment of disgruntled Bengalis under the leadership of Sheikh Mujibur Rahman were successfully subverted and brainwashed to hate Pakistan and opt for secession.

After cutting Pakistan to size in 1971, India continued with its game of subversion in other areas of Pakistan and made deep inroads in interior Sindh and Baluchistan. Later on, FATA, Khyber Pakhtunkhwa (KP), urban Sindh were targeted.

The US, UK and Israel joined the Indian subversive game after 9/11 in order to destabilize, secularize, denuclearize and balkanize Pakistan. The US installed regime in Kabul was also brought on board. To this end, CIA, MI-6, Mossad, RAW, NDS collectively unleashed biggest ever covert war mixed with hybrid war from the base of Afghanistan in 2003/04. Their insidious plan was executed by paid proxies hired from within Pakistan (TTP & affiliates, BLA & affiliates, MQM). The hybrid war was undertaken by foreign funded International Non-Governmental Organizations (INGOs), human rights organizations, diplomatic embassies/consulates, moles of foreign agencies, financiers, corrupt bureaucrats and politicians engaged in selfish pursuits only and the heavily paid media.

Pakistan which was forced to join the US imposed global war on terror has suffered over 70,000 fatalities including 16000 belonging to security forces and a financial loss of $120 billion. The figure of injured run into tens of thousands besides incalculable social trauma. This havoc was inflicted upon Pakistan by the masterminds sitting in Kabul, the paid terrorists and the drones duly propped up by the executors of hybrid war. All foreign aid flowing into Pakistan in the name of counter terrorism was routed through INGOs.

The INGOs have been working in Pakistan since late 1980s. They run their think tanks, survey teams, gallop polls, and offer their services to render advice on tackling social and education issues. They work for women, child, and minorities rights and support the liberals trying to amend blasphemy laws, or to annul death sentences. They play a role in weakening the ideological, social, political and economic foundations of Pakistan and in creating divides in the society. They act as eyes and ears of their paymasters and pass on ground intelligence and their assessment about the societal trends and the exploitable vulnerabilities.

Under the guise of carrying out development works and acting as the friends and well-wishers of the neglected classes, these INGOs keep injecting poison silently and carry out subversive activities to subvert their minds by stoking their socio-economic-ethnic and sectarian sensibilities. They spread rumors, foment misgivings, disillusionment, frustration, resentment and extremism. Media which is heavily funded by USA, Israel and India, reinforce their subversive activities by supporting the cause of anti-state elements and degrading the law enforcement agencies and the government in power.

INGOs have a big hand in the instability in Pakistan. They act as handlers of the masterminds and help in sprinkling oil on the embers of terrorism. Having achieved considerable success in FATA, KP and Karachi, their focus has now shifted to interior Sindh, Gilgit Baltistan (GB) and AJK where ethnic emotions and their deprivations are being stirred.

The INGOs are also active in all the private schools particularly the elite schools, colleges and universities where teachers and professors are cultivated and minds of the students poisoned. They promote secularism and liberalism and demonize Islam with view to distract the youth from the righteous path of Islam.

They started pouring into Pakistan after 1988 when Pakistan became more and more dependent upon IMF, World Bank and US aid. After 9/11, when the US sanctions under Pressler Amendment were lifted and foreign aid started to flow in, the rate of influx of INGOs increased. A big number came when $7.5 billion worth Kerry Lugar Bill was signed in 2009. The amount required to be spent on development, military and media was spread over 5 years and in connivance with the then PPP regime, it was designed to roll back our nuclear program and to bring the Army and ISI under the civilian control.

Pakistan ambassador in Washington Hussain Haqqani had played a role in inserting anti-military establishment clauses after the approval of the initial agreement. He in connivance with Zardari, Yusaf Raza Gilani and Rahman Malik also helped in the induction of Blackwater and in dispatching 8000 CIA contractors, spies and INGOs to Pakistan between 2008 and 2011, which enabled CIA to deploy Raymond Davis and other operators and to launch the helicopters assault in Abbottabad on May 2, 2011. The INGOs were cleverly deployed in the restive combat zones under the garb of rehabilitating the affected people.

The INGOs are operating in Pakistan unregistered for the last 30 years. They operated freely after obtaining NOCs, and without registering and notifying their areas of work, mandate and source of funding. Their shady activities were ignored due to American, Western and media pressure. The last PML-N government decided to bridle their activities by purging unregistered INGOs. A crackdown was launched in January 2015 after it was learnt that several of INGOs were engaged in anti-Pakistan agenda. 140 NGOs were operating in Punjab out of which 7 were reported to be involved in unlawful activities.

In June 2015, the then Interior Minister Ch Nisar Ali stated that several INGOs were backed by USA, Israel and India. “There are several NGOs operating in Pakistan without any specific agenda. They were doing something which was against Pakistan’s interest.” He alleged that most of them were taking part in “anti-Pakistan” activities. “Save the Children” NGO was ordered to leave the country.

A new policy was framed in November 2015 by the Interior Ministry and all INGOs were asked to re-apply and get re-registered. The present government of Imran Khan has also adopted a tough posture. Notices have been served to 18 INGOs whose registration has not been approved, and told to quit Pakistan in next two months. They will be given a chance to re-apply after six months from their respective countries of origin. Director Social Welfare has been directed to prepare the data bank of all NGOs in order to ensure their regular monitoring.  Categorization of NGOs is to be done through data bank. SOPs for registration of NGOs are also being streamlined and reviewed so that only clean and genuine organisation could qualify for registration.

Ever since the enforcement of corrective measures, hue and cry is being made by all the INGOs, human rights, media, and liberal-minded think tanks, intellectuals and lawyers. Their rants aimed at pressurizing the government to take back their decision revolve around right to freedom of speech as enshrined in Article 17 of our Constitution. They are cautioning that it will impact development program, jobs and foreign remittances, destroy democracy and weaken civil society. They are trying to cast an impression as if future of Pakistan’s democracy and survival of society is premised on NGOs.

One of the reasons of the US annoyance is the issue of INGOs, besides Pakistan’s defiance to the US dictates, breaking the back of foreign proxies and flushing them out, fencing of western border, improving border management and control over Afghan refugees, contemplated police and bureaucratic reforms, implementing National Action Plan earnestly and going ahead with CPEC. Purging of anti-state INGOs will further deepen the nail in the body of CIA-RAW-NDS sponsored terrorism. 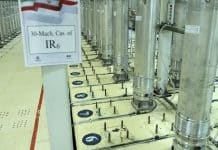 NEO: Trump plans to use political power to fight prosecutions

Have Gastroliths Will Travel

Treason: Capitol Police Were Ordered to Stand Aside during Coup…some Didn’t