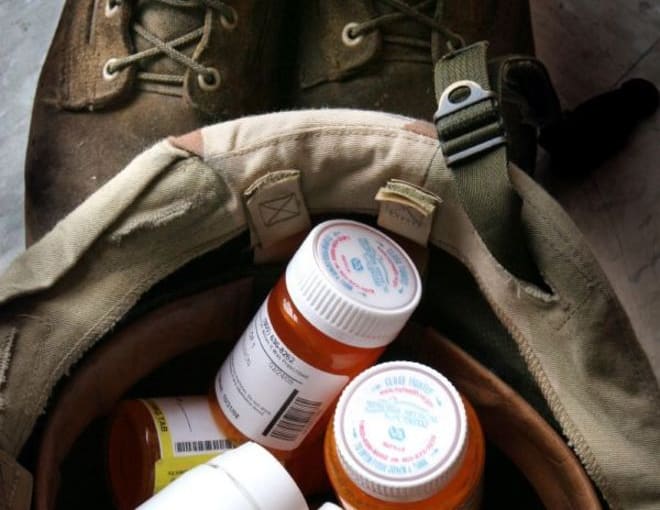 Veterans across the country lead lives that are highly distinguished from that of US civilians. Their lives have been marked by adventures which they have had to embrace, no matter how dangerous or life-threatening.  It is what takes a toll on them too, even after they have stepped down from their service.

Beginning immediately with their training to face enemy armies on the battlefronts, the transition from civilian life, even though highly respectable, is also highly stressful. Veterans spend years involved in wars, battles and deployments often leaving them etched with visible battle scars and invisible trauma that is hard to cure.

As a result, veterans sometimes resort to drug use which can lead to Substance Use Disorder. Drug abuse is prevalent among civilians as well but the last few years have seen a rapid rise in the statistics showing illicit drug use among US veterans.

We need to do our part in helping veterans charged with drug crimes.

Prolonged fatigue, stress, encounters with bloody and deadly situations, sleeplessness, being away from home – there are countless reasons which make veterans eligible for the use of prescribed drugs when they are deployed in war-torn countries. It is no news that the highly restrictive and disciplined life of a US soldier is not even close to that which a civilian leads.

All these reasons account for their use and sometimes eventually misuse of drugs which turn them into addicts even after military life.  Even retired veterans are susceptible to addiction.

The National Institute on Drug Abuse (NIDA) reveals some surprising numbers and facts about veteran drug abuse. It shows that civilians have a higher rate of substance abuse than military personnel. This fact, however, excludes veterans.  Veterans who have experienced and/or witnessed active, bloody, ruthless combats suffer from Post Traumatic Stress Disorder (PTSD). PTSD is marked by flashbacks of traumatic events which leaves an indelible mark on the conscious mind and which eventually seeps into the subconscious.

PTSD victims avoid interaction with events or places that remind them of these events. The symptoms may last for months or more after the event. Sufferers of PTSD are prone to substance drug abuse. A staggering number of over 20% of veterans living with PTSD are substance users.

A Look at Studies on U.S. Veterans

That U.S. veterans have it tough has been proved by numerous studies to date.

A study of US veterans between 18-25 years old in the time span of 2004-2009 showed that approximately a quarter of them displayed signs of substance drug abuse. However, it must be noted that veterans are often prescribed drugs and hence, their drug use is not considered to be illicit. This can be attributed to drug tests, dishonourable discharges from the army, and even a criminal prosecution act when found guilty.

It is also indispensable to know that according to NIDA, over eleven percent of veterans have admitted to misusing their prescribed drugs and using higher rates of the prescribed drugs. The low usage of illicit drug use can be attributed to the military’s strict no-drug policy.

Life after military service may prove traumatic and the effects of PTSD on these war veterans can undeniably amplify.  Depression, stress disorder, brain injuries, injuries from combat and muscle strains often call for opioid painkillers. But, these often end up being misused and taken in higher quantities, which ends up making the patient more immune to these drugs, slowly paving the path to full-blown addiction.

According to a study, there was a hike of 56% of soldiers seeking medication for alcoholism from 2003-2009. 13.8%  of veterans deployed to Iraq and Afghanistan from the US army were diagnosed with PTSD in 2008, and 3.8 million prescriptions for painkillers were written by military doctors in 2009.

There is a considerable amount of stigma attached to seeking professional medical help for treating substance (drug and alcohol) abuse due to the US army’s strict policies of confidentiality.

However, the 9 percent rise in prescription drug abuse in a span of just 6 years speaks volumes at the root of this grave issue. Along with the availability of cheap alcohol, a growing availability and use of opioid pain relievers is also responsible for fueling the number of drug abusers in the US army.

Therapies and pharmacological treatments are the answers to treat PTSD for veterans experiencing recurring symptoms which is a high-risk factor fueling drug abuse.