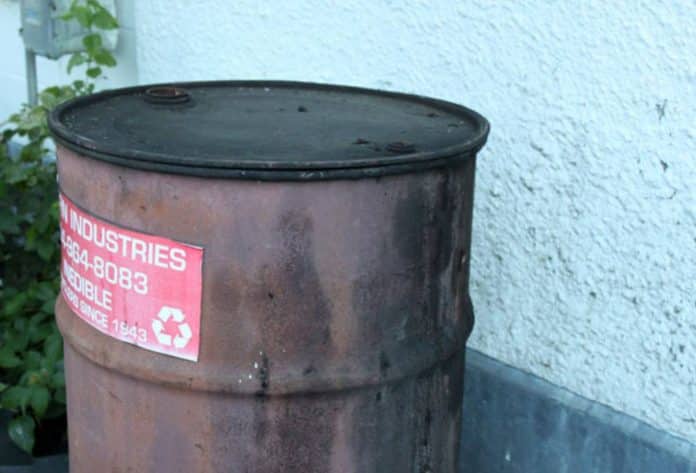 Turkish President Recep Tayyip Erdogan says some materials in the Saudi Consulate in Istanbul were painted over. The statement comes after investigators into journalist Jamal Khashoggi’s disappearance searched the building.

Some substances Turkish police were looking for at the Saudi consulate in Istanbul seem to have vanished, Erdogan told reporters on Tuesday. He claimed that “the investigation is looking into many things such as toxic materials and those materials being removed by painting them over.” 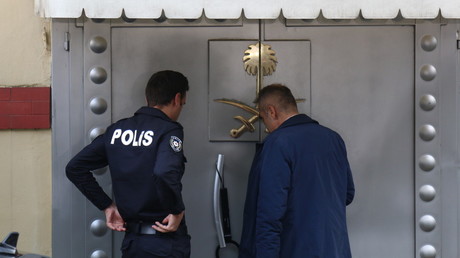 Are they covering tracks up? Twitter abuzz after footage of “cleaners” entering Saudi consulate

Erdogan did not expand on that claim, only adding that “my hope is that we can reach conclusions that will give us a reasonable opinion as soon as possible.”

Previously, a Turkish forensic team spent nine hours looking for clues and DNA samples which could shed light on the mysterious vanishing of Khashoggi, who Ankara believes was assassinated at the diplomatic mission.

Meanwhile, a Turkish diplomatic source told Reuters the investigators are considering extending the search to the residence of the Saudi consul. Local TV channels have broadcast what they said was footage of a vehicle exiting the consulate premises and parking at the residence two hours after Khashoggi disappeared.

Speculation that the Saudis might have destroyed crucial evidence at the site were fueled by footage showing two women and a man bringing cleaning gear through the front door of the consulate. Coincidence or not, the “cleaners” entered the building on the day a joint team of Turkish and Saudi experts were to search the mission.

Ankara has accused Riyadh of murdering Khashoggi and smuggling his body out of the consulate in pieces. Saudi Arabia has denied the charges as “baseless.”

According to CNN, there is a yet-to-be-published Saudi report that will blame Khashoggi’s death on an attempted abduction and botched questioning, “carried out without clearance and transparency.” The unconfirmed report is based on two anonymous sources that reportedly spoke to CNN’s correspondents.

This comes as US Secretary of State Mike Pompeo visits Riyadh. He was urgently sent by President Donald Trump to meet with the Saudi monarch. Trump has threatened the kingdom with “severe punishment” if it is found to be involved in Khashoggi’s disappearance, but he later changed tune and said Saudi King Salman “denies any knowledge of whatever may have happened” to the journalist.

“It sounded to me like maybe these could have been rogue killers. Who knows?” Trump said.

Pompeo Thanks Saudi King for Commitment to Investigation of Journo Disappearance

Earlier in the day, the US top diplomat had a meeting with Saudi King Salman and Saudi Foreign Minister Adel al-Jubeir, who agreed on the need for a “thorough” investigation into Khashoggi’s disappearance, spokesperson for the State Department Heather Nauert noted in a statement.

Pompeo also thanked King Salman for his commitment to a transparent investigation into the case.

Saudi journalist Jamal Khashoggi, known for his criticism of the government’s policies, has been missing since October 2, when he entered the Saudi consulate in Istanbul to obtain a marriage document.

It emerged earlier on Tuesday that police would search the consulate building for toxic substances. The news broke after the joint Saudi-Turkish working group conducted a nine-hour inspection of the Saudi Consulate building on October 15, during which the police reportedly obtained some evidence relevant to the Khashoggi case proving that the journalist never left the building.

Ankara has earlier claimed that Khashoggi could’ve been arrested or even killed while inside the diplomatic mission, which Riyadh has vehemntly denied. The Saudies insisted that he left the building later the same day and offered Turkish authorities to search the Consulate General building if necessary.

A number of countries have voiced concerns over the case; US President Trump threatened to impose “severe punishment” on Saudi Arabia if it turns out that Riyadh is behind the suspected killing.