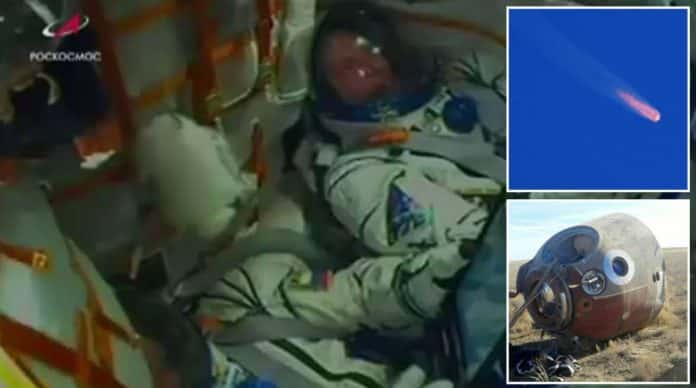 Experiencing a Soyuz abort procedures felt like a holding a cinder block seven times his weight on his chest, but didn’t make Aleksey Ovchinin’s desire to go into space any weaker, the cosmonaut told RT.

Ovchinin and NASA’s Nick Hague were on-board the Soyuz-MS-10 spacecraft when its launch vehicle, the Soyuz-FG rocket failed mid-flight. The Russian crew rescue system, called SAS, was engaged and pulled the space capsule away from the rocket, sending the return capsule into a ballistic descent.

The two crew members experienced accelerations of almost 7g during the procedure, which is not really that extraordinary for trained space explorers.

“The acceleration may have different directions. The crew lies in seats and usually feels accelerations from chest to back. It may be compared to holding a cinder block seven times your weight on your chest, in case of 7g acceleration,” Ovchinin told RT. “Our regular centrifuge training is 8g. So crew members are familiar with how it feels, how you should breath and what to do.” 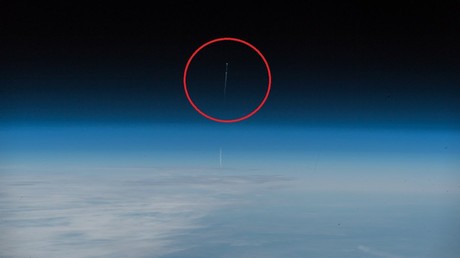 The cosmonaut said the emergency has not dissuaded him or Hague from trying another launch.

“Both Nick and I feel great after the landing. We passed numerous medical tests and doctors agree we are fine. Psychologically speaking we are ready as well. Once the cause of the incident is investigated, I believe and hope we will go to space soon,” he said.

The crew is expected to take the next scheduled launch to the International Space Station, which was preliminarily scheduled for early December. Ovchinin said the delay is particularly irritating for Hague, since last week’s aborted launch was his first space mission.

“I recall my own first time, how you train for it and expect something incredible. Some things you need to experience yourself because hearing about them is not enough. I think we will yet get all of those positive emotions and feelings,” he said.

Ovchinin said that while his family was understandably distressed by his ordeal, this will not hold him back.

“After living through this situation my family may find it harder to let me go the next time. I’m sure they were scared by it. But they trust our equipment, skill and knowledge. Things may happen, but we are prepared,” he said.

Watch the entire interview to learn what you are supposed to do when you rocket is about to explode and whom Ovchinin called first after landing.