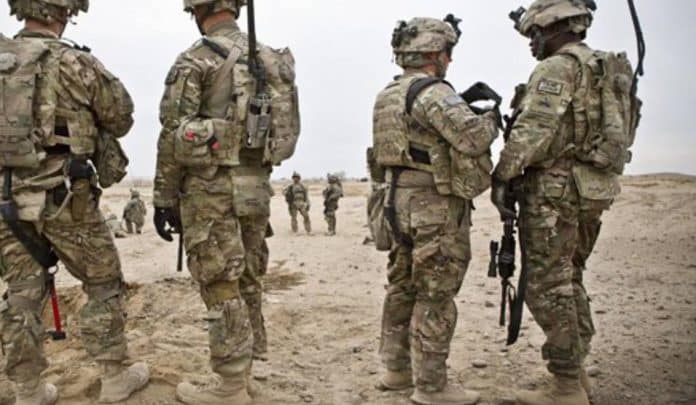 TEHRAN (FNA)- The US military forces have retreated towards two energy-rich fields in Eastern Deir Ezzur after a number of American soldiers and the Washington-backed Syrian Democratic Forces (SDF) militants were kidnapped by ISIL, a Russian media outlet reported on Tuesday.

The Arabic-language website of Sputnik quoted well-informed sources as reporting that the US army and other foreign forces, deployed in Eastern Deir Ezzur, have limited their presence in Konico and al-Umer oilfields.

It further said that the move came after ISIL ambushed the US forces and their allies near al-Umer and in an SDF attack in al-Bahrah region and managed to capture four US soldiers and a number of SDF militias.

The Arabic Sputnik further said that ISIL has recaptured the regions they lost to the SDF in Southeastern Deir Ezzur in the last few days.

Meantime, the state-run news agency reported on Monday that the US-led coalition fighter jets targeted the town of Hajin in Southeastern Deir Ezzur by internationally prohibited bombs in the last few days under the pretext of campaign on ISIL.

It further said that the fighter jets targeted a number of Hajin’s neighborhoods, located 110 km East of Deir Ezzur city, by white phosphorous bombs that are international prohibited.

In the meantime, local sources reported that a civilian was killed and 6 more, including women and children, were wounded in another air raid by the US fighter jets on the small town of al-Souseh in Southeastern Deir Ezzur.