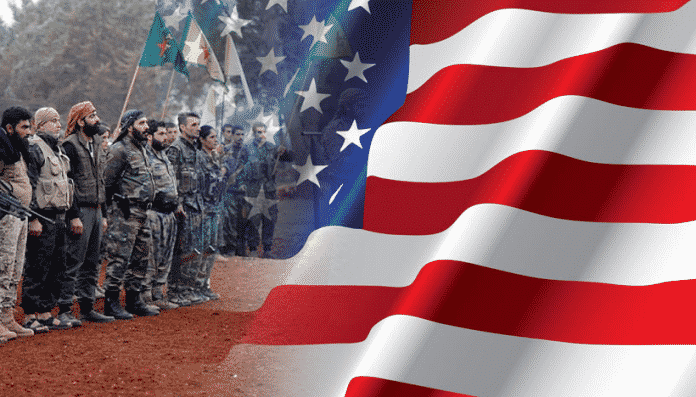 By Bassim Alkhalili for Veterans Today

Currently, the Kurdish militias backed by the U.S.-led international coalition continue its unsuccessful offensive on ISIS positions and fortifications in the area of Hajin.

Washington has been imitating the fight against ISIS for more than six months to justify its illegal presence in Syria.

Taking advantage of the impunity, on October 13, 2018, the ISIS terrorists carried out an attack on the refugee camp in the area of Al-Bahra resulting in the capture of 130 Arabic families. Then this group of people was transferred to the ISIS-run Hajin.

It’s worth noting that there are several Europeans as well as the citizens of other states among 700 hostages.

Now the jihadists keep making up their own rules in the area of eastern Euphrates. They have already given an ultimatum to the Kurds on the immediate release of its supporters hold by the Syrian Democratic Forces (SDF) in special camps. They also demand the territories in the eastern Euphrates. Under these circumstances, ISIS shoot prisoners every day as leverage on the Kurdish leadership.

Unfortunately, the numerous mistakes of the U.S. servicemen led to such a scenario. A clear evidence of their mistakes is the incident in the area of Hajin.

Today due to the indiscriminate airstrikes of two U.S. Air Force F-15 fighter jets on ISIS movements, six Kurdish fighters were killed, and 15 others were badly wounded.

Lack of coordination between the U.S. military command and SDF has collapsed the Kurdish offensive, and also escalated into the mass disorientation in Hajin. Now, the region is controlled by ISIS again.

All these facts testify to the failure of the U.S. policy both in Syria and Iraq posing new problems for the whole Middle East region.