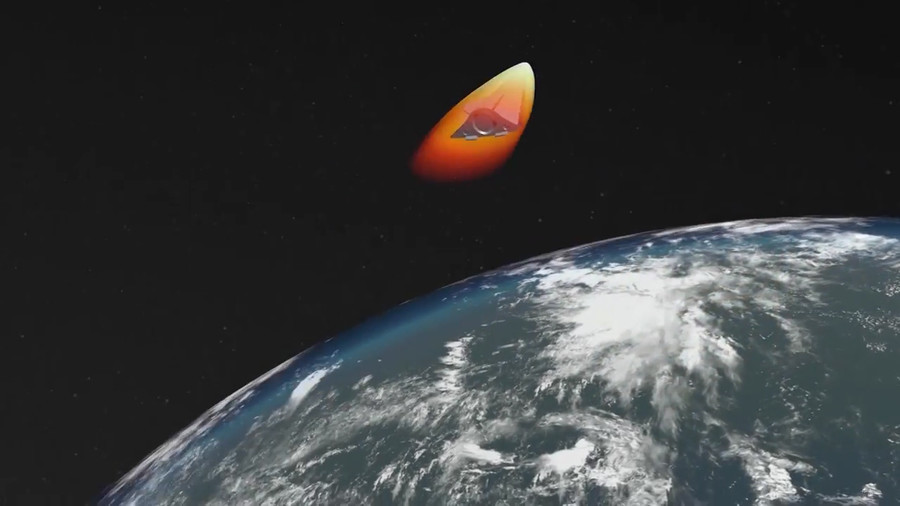 A CGI image shows the Avangard hypersonic glider. The actual look of the system is still classified. © Russian Defense Ministry

Russia Today: A hypersonic glider is a type of projectile that can fly and maneuver in the upper atmosphere at speeds of over Mach 5. This makes them harder to intercept than regular warheads, which approach the target over a predictable ballistic trajectory. Russia’s variant of the system is called Avangard and will be ready for military service in a few months, according to Putin.

“Responding to the development of anti-ballistic missile systems by the US, we are improving our strike capabilities. Some are already in service, others will be deployed soon,” he said during a Valdai Club session in Sochi. The Avangard deployment will happen “within several months,” Putin said.

Flying at hypersonic speed poses a number of challenges in material sciences and engineering due to the high temperature and pressure affecting the vehicle. Russia has applied its technologies to develop a hypersonic cruise missile called Kinzhal, already in use with the military. It is presumed to be a countermeasure to aircraft carrier strike groups, the backbone of the US’ ability to project military power worldwide. Putin said Russia is ahead of other nations in terms of hypersonic weapons.

“We know for certain, it’s an obvious fact and our colleagues realize it, that we surpassed all our competitors in this area. Nobody has precise hypersonic weapons. Some plan to test theirs in 18 to 24 months. We have them in service already,” he said. 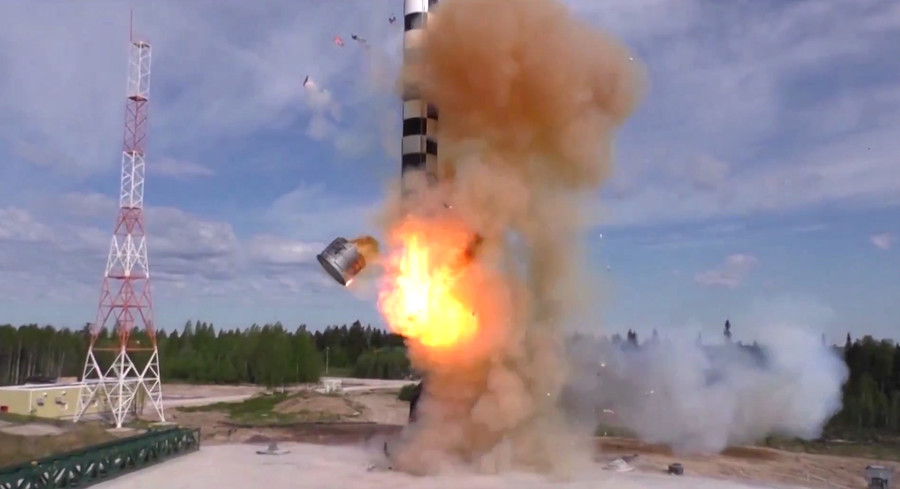 A test of the Sarmat ICBM. © Russian Defense Ministry

Avangard and Kinzhal were two of several advanced weapon systems presented by Putin in March as Russia’s response to US failure to address concerns that Washington’s development of ABM technologies undermined Russia’s nuclear deterrence. Another was the Sarmat ICBM which is close to being deployed and is intended to act as the first carrier for Avangard warheads.

Other futuristic weapon systems, which Putin said are in development, include a nuclear-powered cruise missile and a nuclear-powered underwater drone, both based on a miniaturized nuclear reactor. The Russian president also said that a combat laser is being worked on, although what role it is meant to fulfill has yet to be clarified.