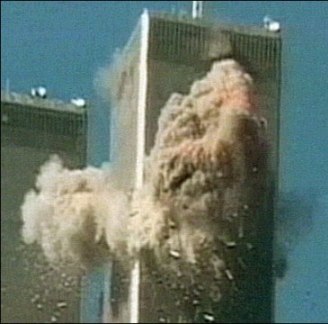 Most have heard of the parable the King’s new Clothes, where all the King’s court had to support his delusion that he was wearing new, beautiful clothes every day.

To do otherwise would result in quick and severe sanction and a falling from the King’s favor, permanently. The King was actually naked but his whole court had to play along with his absurd delusion lest they get a boot in the face 24/7.

The result was that the King’s whole court was living a big lie, calling the King’s non-existent new clothes great and beautiful.

Today in America and much of the Western world we live under the King, namely the City of London private “moneychanger” system of fiat debt-note fake money that we have to pay interest to use when it should have been our own in the first place as a part of the US Treasury, not the FRS.

Yes, the King whom we have all been forced to pay homage to (if we want to rise up in the king’s system and attain any success at all) is actually the City of London Satanic Ruling Cabal of Baal (Moloch) worshippers (aka the World Moneychangers).

This Cabal is supposedly signified by those world leaders that attend the Bohemian Grove in California’s Redwood forest every July to engage in the “Cremation of Care” Satanic Ritual, some believe is a real child sacrifice by fire, not just a symbolic one as claimed.

So what exactly are the King’s New Clothes? It is the system of big lies, false-narratives, Cabal propaganda that must be played along with and acknowledged as real, lest one will be neutralized by the King’s agents.

If any high USG or Corporate Official refuses to go along with this set of Cabal lies (i.e. the King’s New Clothes”, he or she immediately is made to fall from grace and will be falsely smeared and disgraced) and also completely black listed. If they have been human compromised by the Cabal and most in the higher ranks have been, this can be used to bring the law down upon their heads anytime the King instructs his agents to neutralize that person who then becomes a “targeted individual”.

Doubt this, then just consider all the Big Lies that all top USG and Corporate officials must claim publicly to be able to maintain their status in the King’s system: 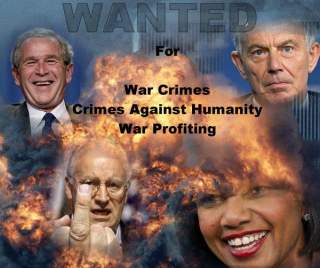 Imagine if a high USG official, as US Congress person or US Senator comes out publicly and claims that the CIA actually assassinated JFK, it wasn’t Oswald who was an innocent patsy.

Or a top official who dared to state publicly loud and clear insisting that Israel, Cheney, Rumsfeld, high military traitors, dual citizen PNACers, and top NeoCons planned and deployed the 9-11-01 attack as a sophisticated false-flag.

And we now know that 9-1-01 was done to justify numerous long term illegal unconstitutional wars in the Mideast for the City of London (COL) Cabal and their main action agent and Cutout Israel, placed there to protect the Cabal’s oil interests in the Mideast.

One of a number of neutralizations would be immediately brought against that person who would be immediately persona non grata, considered to have gone nuts with conspiracy stuff. He or she may be assassinated by an Op40 or Pegasus type unit, maybe a JSOC or SOLIC team, or a Division 5 mind-kontrolled dupe, private foreign mercenaries, or as a favor by an organized crime family or a Satanic cult faction fully deputized and protected under so-called “national security”.

Any top official that had a change of heart and decided to tell the truth that the King was actually naked and all his kingdom was based on Big Lies, false-narratives and phony propaganda would be laid low and never recover.

Lee Wanta is the man that served as President Reagan’s personal secret agent under the Totten Doctrine and ran Operation Stillpoint which brought the Soviet Union down peacefully.

Ambassador Lee Wanta set up a means for a permanent peace with the new Russian Federation (an Agreement of Cooperation) which the USG has now violated in their efforts to start a new cold war and keep the 66 families that own the biggest blocks of stock in the defense contractors fat with dividends.

Wanta’s exceptional plans to build the world’s largest highest speed intercostal maglev railroad in America and pay for it with his own funds are ready to go anytime Wanta is given access to the 27.5 Trillion dollars he made a profit from Operation Stillpoint and this was upheld in a Federal Court with suitable jurisdiction.

Despite millions of dollars spent to discredit Wanta and numerous attempts made to plot his assassination by high USG officials, we now know for certain that he has always been telling the truth. Wanta’s claims are now backed by numerous documents recovered from various Intel agencies which were supposed to be buried forever. For those that doubt Wanta is telling the truth, an important phone recording between two puppet-masters for the Cabal backs up all his claims.

Literally thousands of individuals have been crushed under the King’s boot for being unwilling to support the most monstrous of the King’s New Clothing (Big Lies).

The whole USG is based on a monstrous hierarchy of Big Lies, false-narratives and false propaganda. Without this, the King’s whole system would collapse. It is the absolute Caesarean power of the King as dispensed through his agents that tyrannizes his whole kingdom and keep everyone “towing the mark”, his mark. Yes, America is the New Roman Empire.

It is no coincidence that DC (a separate nation like the City of London and the Vatican) was built on the city called Rome, Virginia. Together the Vatican, the COL and DC form the secret evil empire best called “Mystery Babylon”.

As with the classical Roman Empire’s demise, the USA is following the same pattern. The Cabal worked hard to build up China and hopes to parasitize it next. The Chinese however, are now on to this strategy and may have formed their own different plans.

The Cabal built the Internet to be the world’s most sophisticated spy system ever imagined. What they failed to understand is that it quickly became the New Gutenberg Press, a completely revolutionary means of instant communication at the speed of light that cannot easily be gelded back. All secrecy is now ending and former Intel folks are leaking all big secrets.

Just recently the Cabal has finally figured out that their greatest enemy is spontaneously emerging populism from the Internet. The more they try to stop it the stronger it grows. It will eventually destroy the mainstream media which is 100% based on lies and distortion because it is completely under the Cabal’s control.

Yes, the CIA assassinated JFK, but also MLK and RFK too and hundreds more leaders all over the world. You see, the King’s system is based on “boot in your face 24/7 power, that is if you break the rules and call the King naked as he really is.

Sadly the existing reality that most American live under and accept is 100% a lie and IS the King’s New Clothes, when he is actually naked as a jaybird. As long as everyone collectively keeps believing and regurgitating all these Cabal lies, the King’s system remain intact and he continues to allow his obedient subjects their piece of the pie.