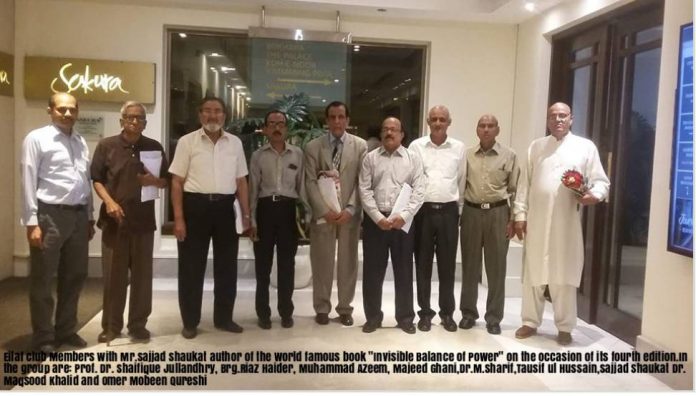 Sajjad Shaukat was invited by the literary Eilaf Club as Chief Guest in the function arranged at PC hotel Lahore in connection with his book: “US vs. Islamic Militants: Invisible Balance of Power, Dangerous Shift in International Relations on the occasion of its fourth edition.

While mentioning the 9/11 tragedy in the United States, its causes and the drastic aftermath, in his book “US vs. Islamic Militants, Invisible Balance of Power: Dangerous Shift in International Relations, Sajjad Shaukat has evolved a thesis that the non-state actors like Islamic militants are checking the world dominance of the US after the disintegration of the former Russia when power vacuum was created. 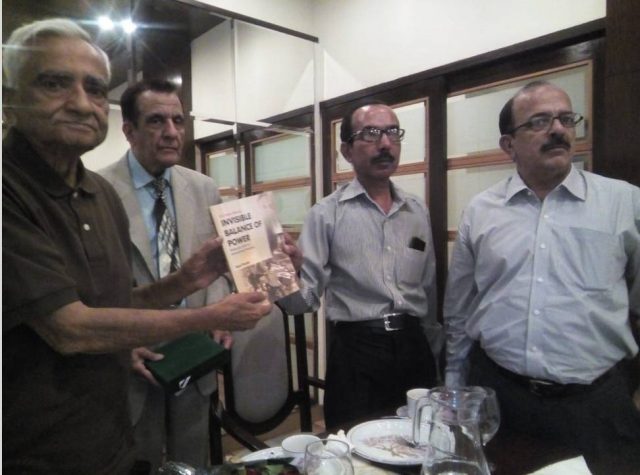 Giving references of the power-theorists, the book elaborates that power factor or use of force has failed in this ‘different war’ which took origin from the privileged and unprivileged status quo led by the most developed states and the less developed countries respectively.

Describing the ongoing ‘different war’ as an interaction of ‘state terrorism’ led by the US and the ‘group terrorism’ by the Al Qaeda or Islamic militants, without any prejudice, the author has discussed both the sovereign and non-sovereign entities on parallel lines in this research-based book. On the one hand, he has pointed out Al Qaeda’s ambush attacks, targeted killings, beheadings etc., while on the other, he has mentioned special operations by the US-led forces in Afghanistan and Iraq (During occupation), and CIA-tortures cells in various small countries. 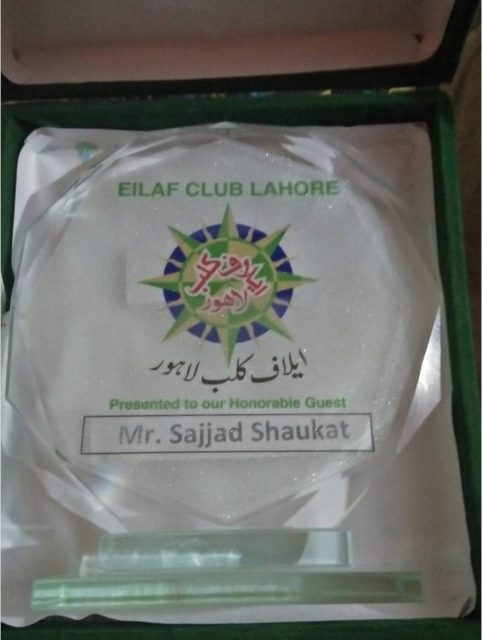 The book has introduced new ideas about the topics, relating to the Islamic ideology, Jihad, Western World, liberalism—power diplomacy on the Third World by the US-led major countries, globalization, harsh conditions by the IMF and World Bank, causes of suicide attacks etc.

The book proposed reforming the unequal world order. And it favoured global peace, based upon idealism, which is possible by reconciling realism (power factor) with idealism. It already suggested to America and its Western allies to combat terrorism by resolving various issues like Palestine, Kashmir etc., and by acting upon an exit strategy from Iraq and Afghanistan.

Moreover, author’s future assessments such as failure of the power factor or role force by the US-led countries in this ‘different war’ against the non-sovereign entities, prolonged war on terror, entanglement of the US/NATO countries in Afghanistan, increase in the cost of war, internal crises inside America, loss of America’s leverage of bargaining even on the small countries, economic instability in the world, state terrorism, resulting into more terrorism by the non-state actors, war in Syria, manipulation of the global phenomena of terrorism by both the state actors and the militants, terror attacks in the US, Europe and elsewhere in the world by Al Qaeda or ISIS, promotion of sectarian divide in the Islamic countries on the basis of Shia and Sunni, rivalry between Saudi Arabia and Iran, war-like situation between Syria and Israel, between Iran and Israel, between India and Pakistan, rise of Russia and China-their collective efforts for moving the world to the multi-polar system etc. proved true.

Besides, the world is also dividing on religious lines, as mentioned in the book. The book also pointed out the dangers regarding the use of Weapons of Mass Destructions or chemical weapons by both the sovereign and non-sovereign entities. The US and its Western partners did not act upon the positive suggestions, given by the author in this book, which were essential for world peace and their regional and international interests. The result is that world has entered into the most dangerous phase of terrorism, which may culminate into “clash of civilizations” or “nuclear war” as predicted in the book.

In fact, Shaukat had written an article titled, “Invisible Balance of Power,” published in Pakistan’s English daily, ‘The Nation’ on October 10, 2001 in which he had already mentioned that terrorism or Islamic militancy could not be eliminated through ‘power factor’. This article which was written one month after the September 11 tragedy in the United States showed the basic idea of his research work and future analysis.

Now, present terrorism related developments and their implications are quite in accordance with the future assessments, made in the book.

Hence, it is the fourth time that the book which was first published in 2005 has been reprinted by the publisher, Ms. Ferozsons Pvt, Lahore in 2018 with a special note added by the publisher on the summary, given on the back page title, “Central thesis of the book remains valid and author’s future assessments proved true.”