Russia Today: France and Germany will meet Russia and Turkey this October for a four-way summit on Syria, a potentially groundbreaking gathering that could finally see key EU states working together with local players to end the war.

Unlike many of the previous rounds of talks in Astana or Geneva, this meeting, scheduled for October 27 in Istanbul, will gather the countries’ leaders. Turkish President Recep Tayyip Erdogan will host Russian President Vladimir Putin, German Chancellor Angela Merkel and French President Emmanuel Macron.

The meeting will focus on “the situation on the ground, the Idlib agreement and the political process,” according to Erdogan’s spokesman Ibrahim Kalin. It will aim to “harmonize joint efforts for finding a lasting solution” to the devastating seven-year conflict in Syria.

Russia welcomed the participation of Western powers. President Putin is against “isolationism” and is looking for “dialogues with all countries and all leaders,” his spokesman Dmitry Peskov has said.

With German and French participation at the highest level, the meeting has all the makings for a pivotal milestone on the way to a solution for Syria, experts have told RT.

The Istanbul summit will be a breakthrough, as it is a chance to involve key EU countries in resolving the Syrian crisis.

The gathering will be especially important for finding a way out of the impasse around Idlib, Nikolay Surkov, a senior researcher at the Moscow-based International Institute for World Economy and International Relations, said. Idlib is a key strategic area where anti-Assad opposition fighters and jihadist militants still hold out, with Damascus trying to pressure them to surrender and the West up in arms against any potential offensive by Assad and Russia. 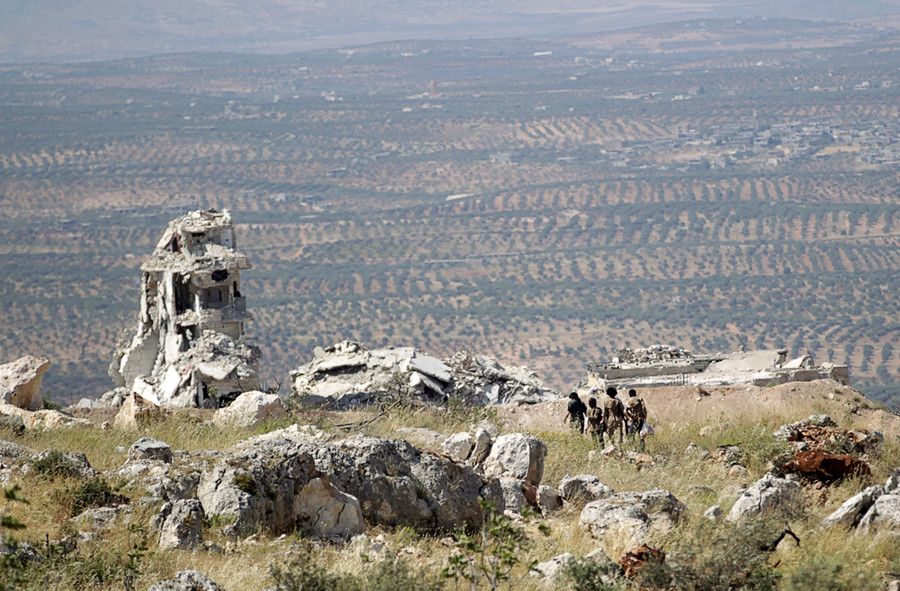 Russia’s previous efforts to sit down and work out a path to peace in Syria with regional players were dismissed as insignificant or outright fraudulent by the US-led West. The Istanbul four-way is grounds for cautious optimism that Russia is being accepted as a key influence, experts believe.

The EU has a very real stake in the Syrian crisis, Nikolay Surkov believes. They need to talk to Damascus and Moscow if they want to avoid a new migrant influx, he says.

Europeans understand the threats coming out of Syria very well. For example, a military operation in Idlib is bound to result in a new wave of refugees. They want to influence the situation. They need partners.

Turkey has influence on the opposition forces, and Damascus looks back at Moscow – so the EU countries need to talk to both. And for French President Emmanuel Macron, whose ratings at home are in a downward spiral, this is a particularly important bid for influence.

“For Macron, who has long wanted to present France as an influential player in the Middle East, this is a chance to demonstrate his clout in the region,” Marianna Belenkaya said. 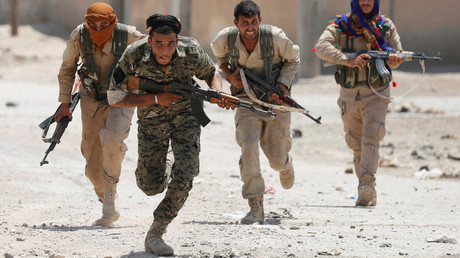 US not that relevant anymore?

Both France and Germany, who are active supporters and contributors to the US-led campaign in Syria, confirmed their participation in the Istanbul event. It’s not clear how the White House would react to its two key allies participating in a summit hosted by bitter US rivals Turkey and Moscow.

By taking part, Germany and France are showing that Washington’s opinion is not that relevant anymore, believes Grigory Lukyanov, a Middle East analyst and senior lecturer at the Higher School of Economics in Moscow.

“Such a meeting is a signal to Washington, meaning that European states want to pursue an independent policy regarding the settlement of the crises that concern them, including the one in Syria,” he said.

Germany and France’s positions on Syria are far less rigid than that of the US and the UK, who aren’t really trying to find peace – just to bring down Bashar Assad.

“The US is in Syria to contain Iran. They are not suggesting any options for peace except regime change,” Nikolay Surkov told RT. “France and Germany have a more flexible approach. They are interested in settling the Syrian crisis and are ready to discuss ways to solve the problem.”

While potentially groundbreaking, the Istanbul summit won’t become a solve-all moment for Syria, experts agree. But it is a start.

“Peace takes much more time and effort to build than war,” Grigory Lukyanov, said. “What we are seeing is another small step, with Russia and Turkey suggesting this format for talks… We shouldn’t expect a sensation, rather a slow restoration of trust.”

Every participant will go into the talks with a desire to “hog the blanket,” Nikolay Surkov said. But in this particular quartet, a balance of interests can be found, he believes.