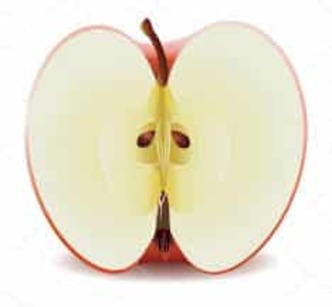 [ Editor’s note: This is just too interesting not to post on VT as a classic human time capsule of what we have become…and not.

A nine-year-old little black boy with his mother and sister accidentally brushed the butt of a wrapped-too-tight Brooklyn young white woman in a corner grocery store. She immediately drops a dime on the kid by calling 911 to report a sexual assault.

But to goose the story to increase the chances of getting a patrol car dispatched, she claims she is a police officer – a bit strange because if she were, then there was already one at the scene to arrest the kid and sentence him to life in prison.

The video does not capture all of what transpired. To her credit, when shown on the store video that the boy did just brush her butt with his bag when he turned, she did go on social media and apologized, but was savaged, “shamed”.

The black writer of this story (riding the wave himself) thinks this woman should be charged for making a false accusation, impersonating a police officer, and/or for child annoyance, because on the impersonating an officer, such a charge would have given her a longer lasting memory of the event.

As for prosecuting her for being stupid, if that got cranked up, we all would be assigned a stupid prisoner to house (for compensation of course) as there would be too many for the jails to hold.

If she isn’t charged for anything, could that mean that the authorities are too worried about inciting a riot between polarized activist groups? Let us know in the comments. My comment is that stupid people are already serving a life sentence inside their own bodies, and that might be punishment enough. . . Jim W. Dean ]

If we’ve learned nothing else from the myriad incidents in which white people have called police on black people who were engaging in everyday activities, we’ve learned that African Americans have come to depend on laughter to cope with racism.

Laughter, after all, is the only reasonable response to those who would call law enforcement when a family barbecues with charcoal instead of gas, or when a child sells water without a permit, or when a boy inadvertently touches a woman with his backpack, or when a man tries to enter the building where he lives.

Black folks understand that, in many cases, these kinds of calls are driven by the racist assumption that blacks do not belong in white spaces, or by the harmful biases that assume black criminality. But, … we’ve learned to chuckle at these kinds of slights — even going so far as to give our tormentors nicknames like Cornerstore Caroline, Permit Patty, or Barbecue Becky.

Beneath the laughter, however, is the potential for danger, because when such people are entering our homes, denying us access, even shooting us in our own apartments, black lives are at stake.

And if we truly want these incidents to stop, the perpetrators must be prosecuted for the crimes they commit when they make false police reports, harass law-abiding citizens, or make terroristic threats.

It’s no longer enough to shame them on social media. If they don’t face real criminal consequences, they’ll continue until someone is killed.

And that’s not hyperbole. Inviting police into a benign situation involving a black person is dangerous, because an unarmed black person is 2.5 times more likely than his white counterpart to be shot and killed by police. Even without the police, there is an innate danger when whites make accusations against blacks, since not so long ago, such accusations often led to a death sentence through lynching.

That’s what I thought about when I watched the video of a white woman named Teresa Klein calling the police on a black boy who she claimed had just sexually assaulted her at the Sahara Deli Market in Brooklyn . . . 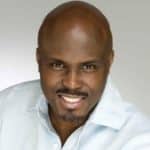 Solomon Jones is the author of 10 books, including his latest novel, The Dead Man’s Wife (Minotaur Books), and the humor collection Daddy’s Home: A Memoir of Fatherhood and Laughter. The married father of three has been featured on NPR and CNN and has penned columns on parenting for national magazines like Essence. He created Words on the Street, a program that helps students and parents improve literacy. His column appears Tuesdays in the Daily News. More at Solomonjones.com.