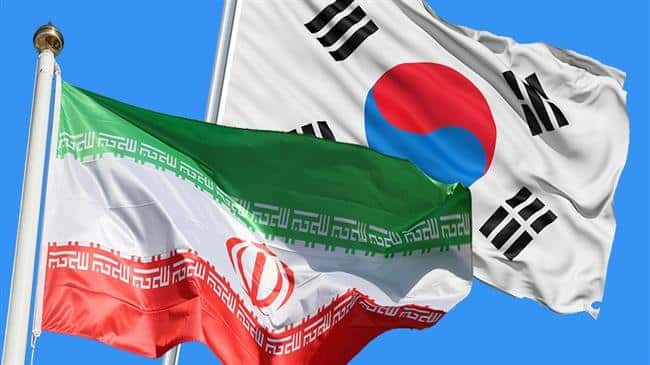 [ Editor’s Note: Yesterday we had the 28-member Asia-Europe meeting representatives in Brussels tell us that they are working to set up financial channels to get around US sanctions on Iran so they can continue doing business with Iran.

They also mentioned a timeframe to have things ready, but that will be after the midterm US elections. Despite the slow progress, the bloc is holding together; and we hear little news from Trump lately on the US-EU trade dispute.

In September they issued a statement,

“Mindful of the urgency and the need for tangible results, the participants welcomed practical proposals to maintain and develop payment channels, notably the initiative to establish a special purpose vehicle to facilitate payments related to Iran’s exports, including oil, and imports, which will assist and reassure economic operators pursuing legitimate business with Iran.”

I quote this because it shows their intention to have full economic relations with Iran via reciprocal trade. What we have not heard is that, even if a payment method is set up physically, what can the EU or this block as a whole do to prevent the US from sanctioning their respective companies – in effect taking the sanction off Iran’s back and putting them on theirs?

Now comes South Korea, which seems to have accepted the oil embargo for now, but wants the spotlight on its sustaining all other two-way trade in the face of US sanctions.

The story broke yesterday of Iran shipping over 20 million barrels of oil to a storage facility in China, to be distributed to future buyers in a manner not yet explained. Countries want to keep the oil flowing to prevent prices from going higher due to “created shortages” that work to the advantage of others.

S. Korea has also continued normalizing relations with N. Korea, despite Trump dragging his feet, and avoided the US slowing down the positive momentum.

The US has a lot of sanctions tools it could use on S. Korea, but Trump has been silent about the usual threats he loves to throw out to grab headline attention for being the tough guy.

Look for a year-end showdown coming up on some of these major trade issues, as Trump and his minders want to set him up to claim great things for his State of the Union address. Whether Trump’s image wins or loses in the midterms, getting a good bounce from this January address will be important, as the long knives come out to take him down in 2020 … Jim W. Dean ]

Iran’s new ambassador to Seoul says there is a “comprehensive plan” aimed at expansion of bilateral ties with South Korea in face of returning US actions.

The plan would address the expansion of relations in political, economic, commercial, cultural, and parliamentary areas, Saeid Badamchi Shabestari told IRNA on Saturday.

“The plan will be implemented in line with a timed schedule and would take priorities into consideration,” said Shabestari, who entered the Korean capital last week as the Islamic Republic’s new ambassador.

The envoy regretted that the ties had been hit by America’s withdrawal in May from a multi-lateral nuclear deal with Iran and its subsequent imposition of sanctions on the Islamic Republic. The first round of the bans were implemented in August and the second round is expected to take effect on November 4 targeting Iran’s energy sector, including oil exports.

He, however, said the ties were “friendly and strong” in nature. The fact that the relations had been founded on “reality” would keep the countries determined to deepen the ties in face of America’s “hostile and illegal unilateral actions,” he added.

The Iranian and Korean economies complement one another, he said, reminding that the volume of bilateral trade surpassed the $12-billion benchmark last year. “I consider the mutual interactions and cooperation to be following a very optimistic trend,” the envoy noted.

The two sides have devised several courses of action to galvanize mutual economic and trade relations in face of the US measures which include using the capacities offered by small and medium-sized industries and enterprises.

PressTV-‘South Korean firms to stay in Iran despite US bans’

The South Korean ambassador to Tehran says his country’s companies will not leave the Iranian market under the US sanctions.

Seoul, which had stopped Iranian oil imports under US pressure, had been seeking waivers from US sanctions to continue buying Iranian crude, Shabestari said.