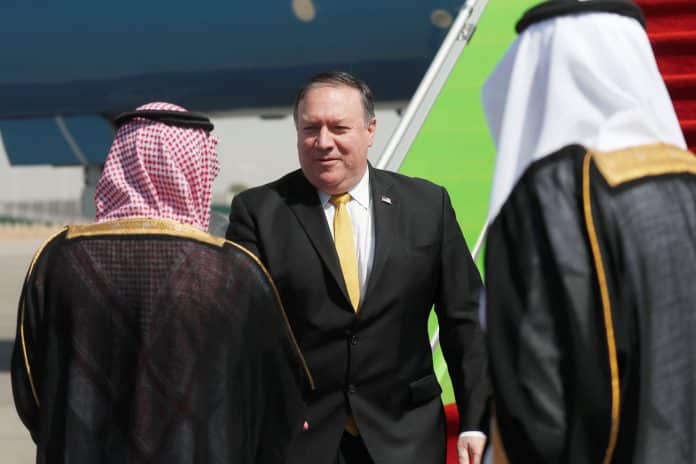 By now all international media resources; newspapers, magazines, TV channels, and internet social media, are busy reporting the gruesome murder of Jamal Khashoggi; a Saudi reporter, who was loyal to the regime until he turned against Muhamad bin Salman (MBS) and his suppressive policies.

Once MBS was announced crowned prince in 2015 and started his war against Yemen, critic Khashoggi found it safer for himself to leave Saudi Arabia. He moved first to UK and later to USA. In his writings Khashoggi harshly criticized the policies of the young prince. Eventually he was lured to the Saudi consulate in Turkey, where he was reported murdered and butchered into small pieces that were buried in different parts of Turkey’s wilderness.

Understanding Saudi culture and the practices of the Saudi royal family, one will come to the logical conclusion, supported by the events and evidences, that MBS has ordered the murder of Khashoggi.

The Saudi royal family is notorious in assassination and sentencing to death all alleged criminals and political activists, who dare to criticize their policies. The streets of capital Riyadh have been the witness of so many public gruesome beheadings; 158 in 2015, 154 in 2016, 146 in 2017 and 73 in 2018 as of July 17.

Although the royal family denied any involvement or knowledge of Khashoggi’s murder and had promised to conduct an investigation in the murder, in investigation led by the prime suspect; MBS himself, the Saudi Kingdom was met with harsh condemnations and calls for punishment.

Saudi Arabia started to feel the repercussions of such calls when international banks, corporations, investors, major media outlets and world leaders started to pull out of the Saudi Future Investment Initiative (FII); a massive economic conference colloquially known as “Davos in the Desert”, hosted by MBS himself on October 23-25. The initiative is part of MBS’ ambitious “2030 Programme” to make the Saudi kingdom less reliant on oil.

Investment companies such as Uber, Mastercard, Virgin Group, JPMorgan Chase, Ford Motor Comp., Viacom Inc, and private equity firms such as Blackstone, BlackRock and Bain Capital are pulling out of Davos. Media outlets such as Bloomberg, CNN, New York Times, CNBC, The Economist, Financial Times and Los Angeles Times among others decided not to attend. Antonio Guterres; Secretary General of the UN, and Audrey Azoulay of UNESCO expressed their deep concern about the murder and called for investigation and punishment of the perpetrators.

Many world leaders condemned Khashoggi’s murder and called for reprimanding the kingdom. Many European politicians and American senators called for halting the sale of weapons to the kingdom.

Although these Israelis entered into peace treaty with the Palestinians they are still ethnically cleansing and murdering in cold blood Palestinians, usurping their land, and expanding and building more colonies in violation of all peace treaties and in violation of UNSC resolutions. Israeli crimes against Palestinians, as well as other Arab states such as Egypt, Jordan, Lebanon and Syria, have never stopped, but rather are increasing in number, in intensity and in ferocity.

Due to their narcissist elitist racist religious belief that they, alone and no other nation, are god’s chosen people, Israeli Jews act as if they enjoy a divine impunity that allows them to perpetrate genocidal crimes against Palestinians and against other nations in violation of all human norms and beyond all international laws and conventions.

Nurturing this Jewish narcissistic belief are the encouragement, unconditional support, and the immunity and protection Israel enjoys from some western states, specifically the USA and UK, who brag about being champions of human rights, beacon of freedom and democracy, and holding the torch of justice for all.

The US had used its Veto power to protect Israel from at least 44 UNSC resolutions. On top of those Israel has violated 300 other resolutions regarding its occupation of Palestine. To make matters worse the US leads other western countries in describing the Israeli genocidal crimes against Palestinians as “self-defense” and every Palestinian defensive and peaceful reaction as terrorist attacks.

Israel is encouraged to continue its ethnic cleansing and massacre of Palestinians. The latest Israeli erasure of Palestinian villages is going on now in Khan El-Ahmar village. The villagers are the Bedouin Jahalin tribe, who became homeless refugees after being forcefully expelled from their original village in the Negev in 1952 by the Israeli army.

They rebuilt new homes and a local children school in Khan El-Ahmar under the Jordanian rule. At the present, Israel is in the process of demolishing the whole village in order to gain more land to expand its illegal Maale Adumim colony a short distance away. Palestinians are conducting daily sit-ins to prevent the demolition of the village and to prevent a second Nakba to its inhabitants.

Israeli genocidal crime of Palestinian civilians is still an ongoing process. Israeli Jews consider Palestinians as the descendants of Amalekites; the worst enemy of ancient Israel. Jewish god ordered the Jews to wipe off Amalekites off the earth. This order is still ingrained in the Jewish psyche, who keep reminding their off springs of this order.

On the walls of the holocaust memorial in the Hague hangs a plaque with a text in Dutch and Hebrew from Deuteronomy 25: 17-19 stating “Remember what Amalek has done to you … blot out the remembrance of Amalek from under heaven. You shall not forget.”

Present Israeli Jews are still in the process of “plotting out the remembrance of Amalek (Palestinians) from under heaven” as can bee seen recently in the Gaza Strip. Israel has turned Gaza Strip into the largest ever concentrated prison camp (worst than Nazi concentration camps) for its two million inhabitants; mostly refugees who were ethnically cleansed from Palestine during the 1948 Nakba.

For the last twelve years these Palestinians have been starved into sickness, their water been poisoned, their electricity was cut, their fishing marine space has been extremely limited, their towns, their homes and their fields were severely bombed with the devastating bombs including the illegal white phosphorous bombs in Israel’s wars of aggression in 2008-2009 and again in 2014, and their women and children are being shot dead daily.

After seventy years passage of UNSC resolution 194 stating that these Palestinian refugees have the legitimate right to return to their towns and homes they were kicked out of, but none of the international legal organization nor any other country helped them implement this resolution, these Palestinian refugees decided to peacefully march back to their towns in what was dubbed “The Great Return March”.

This march started on Friday 30th of last March and has been going on every Friday since then; so far, a total of 30 march attempts. Unfortunately, Israeli army snipers stood in their way, and have murdered in cold blood 212 Palestinians including teen agers, women, paramedics and reporters, and had injured a total of 22,000 others causing a lot of limb amputations due to their use of the explosive hollow pointed bullets, poisonous gas and stun grenades.

Yet, despite the obvious fact that Israel is the number one rogue state in the world, Nikki (Nimrata) Haley; the American ambassador to the UN, had the audacity to describe this Israeli army killing fields against civilians in Gaza as the most restrained army in the whole world. “No country in this chamber would act with more restraint than Israel has.” She stated.

Yet, none of the self-proclaimed peace-loving justice-calling world leaders, media outlets, banking systems, investors and corporations, who boycotted Saudi Davos in the Desert initiative as a reprimand to Saudi murder of one person; Jamal Khashoggi, have lifted a finger, uttered a word or boycotted Israel for the latest murder of hundred Palestinians nor for the razing of any Palestinian village. Are the lives of these hundreds of Palestinians, and the lives of hundreds of thousands who were murdered since 1948, not worth one life of a Saudi reporter?

There is no puzzle in this picture. International humanity is dead while hypocrisy is thriving and the ultimate goal and justification is money. The Saudi royal family is a filthy rich oppressive theocratic dictatorship, who had been protected in the past by the British and in the present by the American administration.

For such protection the Saudi family has to pay and they pay dearly in different forms as in military weapons deals and economic privileges to foreign investing corporations. Trump expressed this situation openly and eloquently when he described Saudi Arabia as “a milk cow which would be slaughtered when its milk runs out.”

All these political and economic pressure exerted by world leaders, bankers, investors and media outlets are merely more attempts to milk Saudi Arabia as much as possible in more weapons deals and more economic privileges. Saudi Arabia has a lot of milk; money, unlike the Israeli case where the USA is Israel’s milking cow.

What goes for the case of Palestinian victims goes also for the Syrian and Yemeni victims. The world leaders and corporations who are milking Saudi Arabia are the same perpetrators committing, though covertly, war crimes against Syria and Yemen.

When comparing the international reactions to the murder of one person; Khashoggi in this case, with the reactions to the heinous war crimes against millions of innocent people in Palestine, Syria, Yemen or in any other place around the globe for that matter, one cannot help but question the validity of the famous proverb that “justice will always prevail”. Are we cheating ourselves and our children when we assert the fallacy that evil will be defeated and justice will always prevail at the end?

This proves that the rule of law, even the laws approved on internationally, is irrelevant, and that might is right still prevails in this world.

Author Bio
Dr. Elias Akleh
Dr. Elias Akleh is an Arab-American from Palestinian descent. His family was evicted from Haifa, Palestine after the 1948 Nakba when Zionists stole his family’s property. Then the family was evicted again from the West Bank during the 1967 Naksah, after Zionists again, occupied the rest of Palestine.
[email protected]
ATTENTION READERS
Due to the nature of independent content, VT cannot guarantee content validity.
We ask you to Read Our Content Policy so a clear comprehension of VT's independent non-censored media is understood and given its proper place in the world of news, opinion and media.