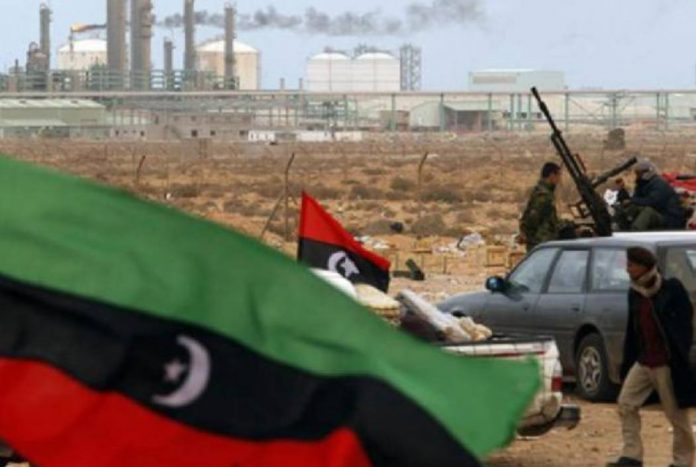 Representatives of Al-Arabi Al-Jadid asked for clarification from Russian experts . Basically everyone is interested in the question of the future plans of the Kremlin in this region. For many, it is important to understand whether Libya will become a new place for Russia’s permanent military presence. According to a source in the Ministry of Defense, the country began the transfer of elite airborne units to the eastern part of Libya from units in the Moscow region.

In this case, the ally of the Russian Federation are the Libyan military, led by the retired General Khalif Hoftar. As Lev Dengov, head of the Russian contact group on Libya, explained, this is not the first time that they are trying to present the fact of Russia’s interaction with one of the actors in Libya as a policy of supporting one of the parties.

A senior lecturer in the political science department of the Higher School of Economics (HSE), Grigory Lukyanov, called the development of events unlikely according to the scenario proposed by British journalists. “Libya today is not a zone of vital interests of Russia in the region, unlike Syria,” the expert believes. He also added that today Russia is able to carry out large-scale and effective actions from its territory, using the latest weapons and methods of warfare.

But “strengthening the military presence of the Russian regular forces does not meet the interests of the Russian policy neither in Libya nor in North Africa as a whole, since this mechanism damages the goals of the Russian leadership in the Libyan direction.”

The analyst added that all over the world private military companies are often used for training, the protection of certain objects and people, intelligence and even special operations. Their status is in fact international. Russia has taken certain steps to restore contracts that were lost due to the overthrow of the regime of Colonel Muammar Gaddafi in 2011.

These include repeated visits by Haftar and the head of the government of national consensus Faiz Saraj to Moscow, who sought to play the role of mediator between them.

Lukyanov voiced the conclusion that, in fact, Russia prefers to “keep at the same distance from all major players” in order to achieve the strategic goal and restore economic and political contacts at an acceptable level, which is in the interests of both parties in the medium and long term. ”

Thus, we are talking about the fact that the West has already recognized the victory of Russia in Syria, but it scares others and itself with “Russia’s plans for Libya.” It was the British who wrote that British Prime Minister Theresa May received information that Russian President Vladimir Putin wants to make Libya a “new Syria.” Allegedly, there are reports that two Russian military bases are already operating in the cities of Tobruk and Benghazi, using the Russian private military company Wagner as a cover.

As the authors of the Telegram-channel Interpreter write about this, “Libya is an order of magnitude more significant in strategic terms. Here are a few factors:

– This is the main assembly site of African migrants fleeing to Europe. Hence, the one who is able to regulate these flows receives a huge influence on European politics. “Do not want Nord Stream – 2″? Ivanovich, load five transport workers with Africans and send them to Italy and Greece. ”

– From Libya to Italy there is a gas pipeline Greenstream with a throughput capacity of 10-11 billion cubic meters of gas. It is also a good way of influencing Europe, “a damper there – a damper here.” – The war in Libya, unlike Syria, can (and will be) self-sustaining and even profitable. Mercenaries can feed on oil exports.

– The population of Libya is only 6.2 million against 20 million in Syria. In Libya, there is no such strip of religions and nationalities as in Syria. This is a homogeneous country. Plus, the desert terrain in the area. It is more convenient to wage war in such a country.

– From a geographical point of view, the strategic position of Libya is more profitable – from here you control the entire Eastern Mediterranean.

– The West will definitely have to negotiate with the winner in the Libyan war – he has big investments in oil and gas production (from American to French and Italian TNCs).

“There are no restless neighbors, in contrast to Syria (Turkey and Israel), it will not be necessary to coordinate their interests with them.”

However, taking into account the attitude of the West towards Libya, interpretations of Russia’s actions in the region will be unequivocal. At one time, the unfortunate country fell into the sphere of interests of Western countries because of its gold and oil reserves. The role played by the growing influence in the region of France.

Recall that in the published documents and letters of Hillary Clinton it was said that Gaddafi’s gold reserves were so large that the creation of a pan-African currency that could press the dollar was only a matter of time.

And this the United States just could not allow. Did not give them peace and huge reserves of oil of Libya. So Europe regarded the overthrow of Gaddafi in 2011 as a “democratic step.”

In their favor, of course.