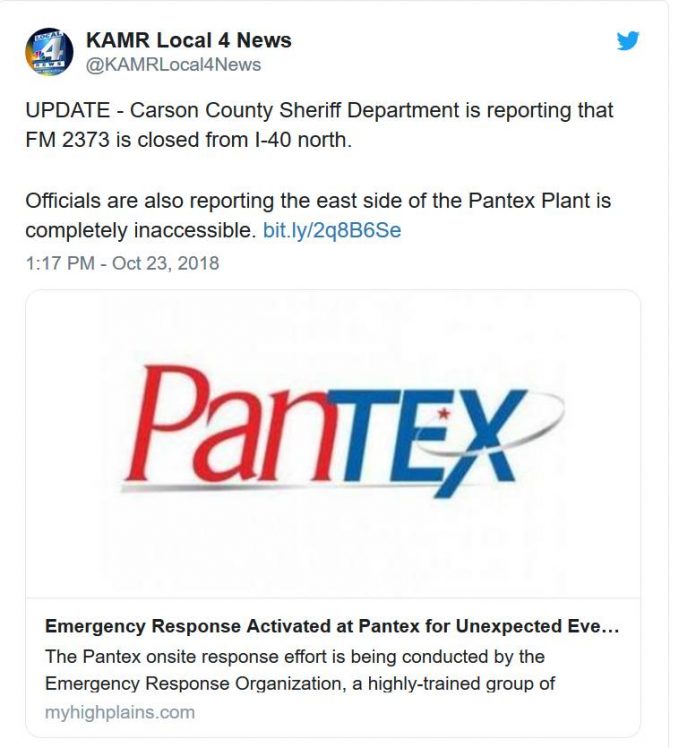 Editor’s note:  Behind these innocent announcements, something groundbreaking just happened.  According to our sources, highest in the nuclear security agencies, America’s stockpile of weapons grade nuclear pits from disassembled weapons (as per treaty) was just raided by a foreign power, believed to be Saudi Arabia.

UPDATE: 1:53 p.m. ET — An unverified Twitter account appearing to belong to the Pantex Plant in Amarillo, Texas—a nuclear weapons facility—tweeted that a “security event” on Tuesday has “ended without incident.” 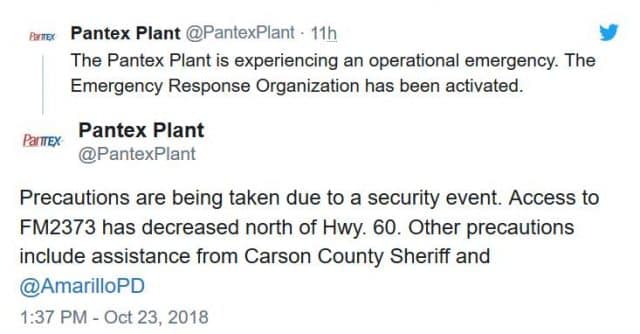 The unspecified event reportedly led to an emergency response team being activated.

This is a developing story and will be updated as more information becomes available.

A nuclear weapons plant in Texas called in an emergency response team on Tuesday to deal with an “unexpected event,” reported local outlet KAMR/KCIT.

KAMR/KCIT reported that there was no impact off the site—the Pantex Plant in Amarillo, Texas—but that some local roads had been closed amid the unspecified emergency.

An unverified Twitter account that appeared to belong to the Pantex Plant initially called the situation an operational emergency. It tweeted that the Emergency Response Organization, a group of specially trained employees, had been activated. Later the account tweeted that “precautions are being taken due to a security event.”