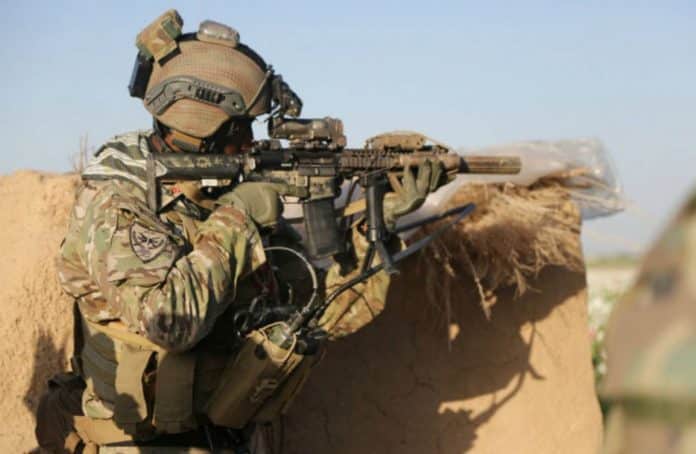 By Bassim al Khalili for Veterans Today
Recently the American “Business Insider” published an article attempting to refute all the statements of Russia, Iran, and Syria on training ISIS militants in the al-Tanf on the border with Jordan by US militaries.
This submission emphasizes that Washington is exclusively engaged in the training the, which a senior military analyst of the American Stratfor company, Omar Lamrani,  considers «quite secular by regional standards and is at the forefront of the fighting ISIS in Syria». When did this group become «secular» and what are the regional standards Stratfor specialists adhere to, unfortunately, hadn’t been specified.
The insensitive statements made by Western mass media on Maghawir al-Thawra (MaS) group that is allegedly the only force in the south of Syria able to resist ISIS had only thrown oil on the flames as it looks like the official version of the Pentagon. The US SOF together with the field commanders holds secret talks with ISIS terrorists to join the ranks of the local rebels. Dissent radicals will be just eliminated. In principle, no one will mourn ISIS jihadists loss, but the latest attack on the Islamists held on October 4, 2018, were the most devastating concerning the number of innocent civilians killed, destruction of infrastructure, the humanitarian disaster and the severe psychological impact on the population living in that area.
In addition to many locals had been killed or injured as a result of these joint anti-ISIS ‘operations'(when US-trained Maghawir al-Thawra group continued to act with impunity) such a cooperation has already produced consequences. More than 3,000 people of the former U.S.-backed Syrian opposition militia, Liwa al-Qaryatayn, along with their families were forced to leave the territories controlled by CENTCOM and to go to the north of Syria. Men from this tribe had been recruited into the group. Leaders who did not agree with the policies pursued by the occupiers on the border with Jordan decided to go into exile with their tribes towards Aleppo.
Besides, the notorious al-Rukban camp near at-Tanf military base has long been a recruiting base for attracting new supporters into the ranks of the opposition groups by the continuing threats to the lives of individuals and their families, as well as torture and blackmail. The inhuman conditions created in the camp by the US military are also among the reasons forcing people to join MaS and others. Even the opposition media screams on the terrible humanitarian situation aroused there.
Tens of thousands of al-Rukban refugees, including women, children, and old people, survive in unfavorable conditions. There is no drinking water, food, medical assistance. Every day people are forced to fight for their lives and try to leave this death camp in every possible way. But the chances to get out of there are very little. The terrorist groups which the US instructors carefully granted asylum on the seized territory surrounded the camp and do not allow refugees to travel freely around.
To solve the problem, Russia is holding weekly talks on the issue of the withdrawal of refugees from the al-Rukban camp with the United States. The Foreign Ministry of the Russian Federation declared its readiness to provide all necessary assistance and immediately begin the evacuation of the internally displaced to the territories liberated by the government troops.
Official Damascus, together with the Russian center for the reception, distribution, and accommodation of refugees in Syria are ready to organize safe withdrawal of the refugees and their families.
The right decision of the problem is likely to provide the Syrian opposition and the refugees the opportunity to clear up the situation with the Syrian government being mediated by the guarantor states and the UN.
Instead, the United States is struggling to create a new hotbed of tension in southern Syria. It is indeed beneficial for the Pentagon to held captive tens of thousands of Syrian residents to hide information on the real activity of the US military in this region.If Washington wanted to destroy ISIS in the region, the US-led coalition would have eliminated all the militants long ago. On the contrary, the presence of jihadists and other radical groups in the US-controlled al-Tanf ‘recreation’ zone only proves that Washington is pursuing purposes other than their stated purposes, in particular, the supporting of terrorist activities. The more so, the complete elimination of the Islamic State on the west of the Euphrates river cannot be completed while foreign military contingents are deployed in the territory of the al-Tanf zone with al-Rukban under total control.
However, at-Tanf is not the only problem associated with the illegal US presence in the region. Despite the scarcity of the information coming from the south of Syria, more and more messages appear via social networks on the American instructors involved in training former ISIS militants not only in al-Hasakah and Raqqa Governorates of  Syria but also in Jordan, Iraq, Lebanon, Egypt, and Afghanistan.
So, maybe it is the high time for the United States to leave the illegally occupied territory? It seems such a strategy will result in severe negative impacts.
Reply Reply All Forward 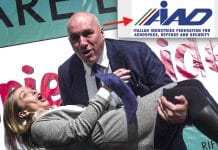