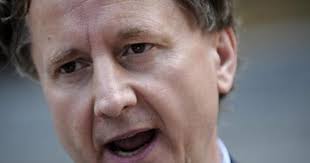 First hour: Louisiana State Senator John Milkovich is an uncommonly honest politician. He is a conservative family values guy who actually cares about ordinary working class folks and votes in their interests. But his uncommon courage goes beyond that. Exhibit A: Sen. Milkovich’s new book Robert Mueller: Errand Boy for the New World Order.

As Sander Hicks reports, John Milkovich “gave the eulogy at the funeral of Dr. David M. Graham, who was killed for knowing too much about the 9/11 cover-up. Graham actually met two of the (alleged) 9/11 hijackers, ten months before 9/11, and reported to FBI that he found them suspicious. After writing a book, and interacting with the 9/11 Commission, Graham was poisoned and the FBI harassed the doctors in the ER when Graham was rushed to the hospital. Attorney John Milkovich, his friend, was later elected to the LA State Senate, and in January 2017 awarded Sander Hicks a commendation for investigating Graham’s death.”

“Our sources in the Saudi security services tell us that Jared Kushner personally authorized this (the torture murder of Jamal Khoshoggi) saying ‘the US does this kind of thing all the time’ and noting that ‘my father-in-law is a bumbling idiot and will forget the whole thing so long as the prince keeps putting cash into the family coffers.’”

Even if the above Kushner quotes are not word-for-word accurate, they could certainly represent the gist of the truth. Ultra-Zionist kosher nostra princeling Jared Kushner and his orange-haired Shabbat goy father-in-law are very close to Bin Salman, who apparently bailed Kushner out of his catastrophic investment in 666 Park Avenue, New York. Kushner and Trump come from an organized crime milieu in which it is not entirely unheard of to dismember people alive with a bone saw to “send a message.” Bin Salman, a lower-level organized crime capo than Trump and Kushner, would very likely have felt the need for a green light from higher places before he would order the brutal killing of a Washington Post journalist.

So I think Duff and Greenhalgh are barking up the right tree.