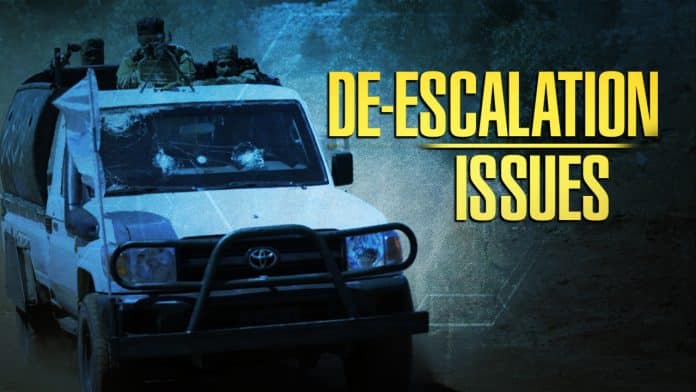 The Turkish government is continuing attempts to convince the international audience that the situation in the Idlib demilitarized zone is under control and that militant groups are fulfilling the terms of the agreement.

Initially on October 8, Turkish state media claimed that all militant groups had withdrawn their heavy weapons and fulfilled obligations within the framework of the deal. Nonetheless, by October 15, after multiple violations of the ceasefire regime, it had appeared that Hayat Tahrir al-Sham and other radical militant groups had kept their weapons and members in the area. In order to propel the peaceful effort foward. Ankara and Moscow expanded the timeframe for the full implementation of the agreement further.

On October 24, Turkey’s Defense Minister Hulusi Akar came with a new statement claiming that a large number of heavy weapons and radical militants were cleared from the 15-20 km demilitarized zone. “Turkey will never allow a terror corridor to be established in its south,” he said adding that he will discuss deconfliction agreement issues with his Russian counterpart on October 27.

The only problem is that on the same day militants carried out a large rocket and mortar attack on the districts of al-Shahba, al-Zahra, Halab al-Jadidah and Adhamiyah in Aleppo city. At least ten civilians were injured in the attack carried out from the northwestern countryside of the city, which is a part of the demilitarized zone.

Meanwhile in the Euphrates Valley, ISIS units attacked positions of the US-backed Syrian Democratic Forces (SDF) around the villages of al-Susah and Hajin. According to the ISIS-linked news agency Amaq, 14 SDF members were killed, 4 others injured and 3 captured in the attacks. The same report added that ISIS captured a bulldozer.

According to pro-SDF sources, the SDF repelled all attacks killing 51 ISIS members. While there are no doubts as to the SDF advantage in firepower and manpower over ISIS, it still remains unclear how the group backed up by US-led coalition airpower has not been able to eliminate the Hajin pocket so far if reports about the hundreds of killed ISIS members claimed by it are true.