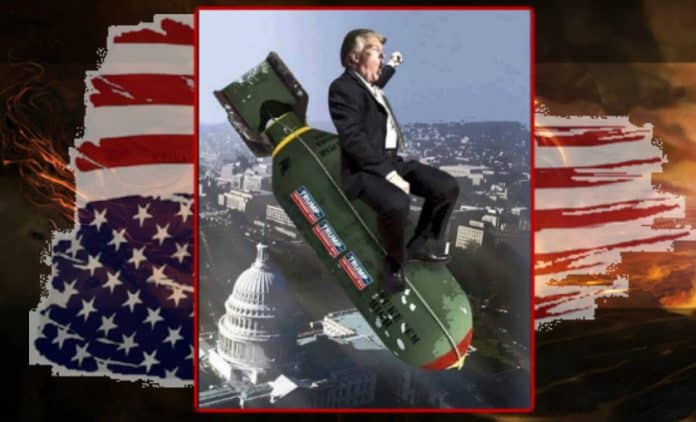 America has developed a secret military capability using both existing drones such as the Global Hawk and Raptor and a newer class of stealth drones based on the RQ180 first seen when captured by Iran some years ago.

This is important now with America announcing its withdrawal from the INF treaty. Signed in 1987, the INF or Intermediate-Range Nuclear Forces Treaty, covered weapons, at the time guided missiles only, with ranges from 500 to 5,500 kilometers.

It is important to note that, at the time the US and Soviet Union signed, no other nation had this type of capability or even a perceived need. There were no real US tensions with China and, as things are today as well, the intermediate range nuclear missiles of both India and Pakistan are, it is assumed, aimed at each other only.

Today, things are different, or as Washington sees it, according to John Bolton, chief security advisor to President Trump. From Foreign Policy:

“Washington plans to withdraw from the INF Treaty, according to U.S. President Donald Trump, who says that Russia has violated the agreement for years. Coupled with the prospect of no extension to the Strategic Arms Reduction Treaty, Washington may thus be opening the door to a return of a terrifying past. The Trump administration is not just threatening to roll back a slew of protections and safety precautions; it is also quite consciously restarting the arms race, with a full nuclear modernization plan that could cost up to $1.6 trillion over 30 years, according to an October 2017 report from the Congressional Budget Office and other accounts. The Russians and Chinese will undoubtedly respond, but with the cessation of treaty-authorized inspections, governments will be far more in the dark about what the other side is building.

“It’s extremely worrying to leave us without eyes and ears inside Russian strategic forces for the first time in 40 years,” said Alexandra Bell, a former senior Obama administration official now at the Center for Arms Control and Non-Proliferation. ‘There’s no way to get information except with reciprocal inspections.’

Trump told reporters on Monday that he would increase the U.S. nuclear stockpile—including against China—“until people come to their senses.” He didn’t define what that meant but suggested that the resurrection of a nuclear threat from Washington will bring other countries into submission.

Less visible and not likely taken into account by Trump are the threats from the nuclear arsenal of Israel and India. Both have sought positions as preeminent regional nuclear powers but are suspected to harbor wider ambitions which have led to longer range missiles, genuine ICBMs.

The same can be said, to a degree, of North Korea. Though the Korean peninsula is being rapidly demilitarized despite American efforts to raise tensions in the region, North Korea still maintains a nuclear arsenal of both intermediate and, according to some US sources, much longer range nuclear capable missiles as well.

The real American target, according to leaks from the administration, is China. China’s Donfeng 41 ICBM has the longest range and largest payload of any military ICBM now deployed and, along with this system, China has more than a dozen more capable of air, land or sea launch, both intercontinental and intermediate range.

China, during the Cold War, wasn’t a player at all but today their nuclear capability is robust.

Still, the real issue is and will be a showdown between the US and Russia and Russia’s sensitivity has been in the arena of America’s dependence on drone aircraft. 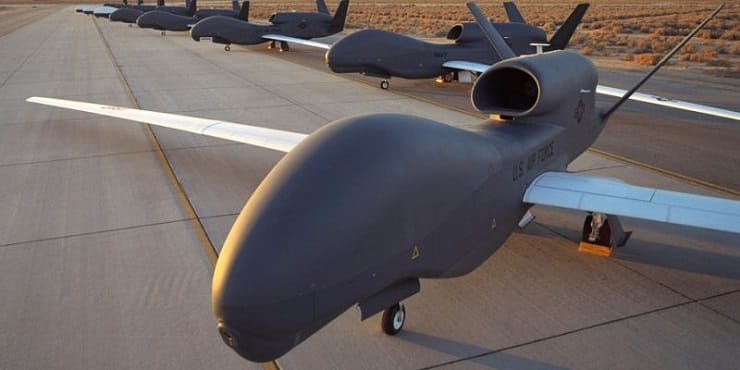 The key to Russia’s concerns is what is called “loiter time.” A Global Hawk can carry a payload of nearly two tons and stay aloft for up to 35 hours at ranges up to 8000 miles.

New variants rumored to be “in the works” are capable of staying just outside Russia’s territory while armed with short range nuclear missiles. The combination of capabilities, according to Russia, has violated the INF treaty.

There are also accusations by Washington regarding the Russian Iskander missile whose listed range is within what is allowed. From Defense24.com, written by Jakub Palowski:

“The recent reports suggest that the Russian Iskander ballistic missile system has a range which exceeds 500 kilometres. The said system is also said to be capable of striking targets at distances of up to 700 kilometres. If the above statements are true, this would mean that Russia has just obtained a set of capabilities which is prohibited by the INF treaty. Not only has Moscow done that through implementation of a new cruise missile, but also through introduction of ballistic missile into the utilized arsenal. The latter weapon is faster, and harder to intercept. This would mean that the agreement signed by the leaders of the United States of America and USSR is even less meaningful now, than it was before.

Russia has deployed the Iskander tactical missile system within the Kaliningrad Oblast, using a civil vessel, within the framework of an exercise. On that occasion, reports emerged suggesting that the maximum range of the ballistic missiles used within the system is between 500 to 700 kilometres. The claims that had been made earlier said that the aforesaid parameter was characterized by a value of up to 500 kilometres. This was indirectly confirmed by, among other subjects, the Lithuanian Minister of Foreign Affairs, Linas Linkevičius who noted that the international treaties might have been broken, once Moscow decided to introduce the weaponry mentioned above into the array of equipment used by the Armed Forces. Jacek Durkalec representing the Polish Institute of International Affairs (PISM) think tank also referred to the issue above. Formally, the maximum range of a ballistic missile, according to the INF treaty, is defined as a distance at which the missile has been tested. The same parameter referring to a cruise missile defines the distance which may be reached by the weapon used in a standard cruise mode. However, the above conditions do not have an impact on the fact that the basic assumption of the INF treaty was to eliminate the ballistic missiles with ranges between 500 and 5500 kilometres. Development of tactical weapons, the range of which exceeds 500 kilometres, is an issue which is negating the aforesaid assumption.”

One must note that the claims made by Palowski, on which Trump and Bolton claim to base their decision to withdraw, are unsupported by subjective data and the semantics used here to support Russia as negating the treaty are well outside norms accepted by the international community.

The real issue, of course, is that these systems, an expanded range nuclear armed Iskander which may or may not exist and the US nuclear armed drone/missile fleet which does exist and how they impact the threat environment the 1987 agreement intended to create.

When one looks at the US position vis a vis China in the Far East, intermediate range weapons the US claims to fear may well not represent a threat at all. The only strategic bases close to China are Andersen Air Force Base in Guam, around 3000 kilometers, and Al Udeid Air Base in Qatar, over 6000 kilometers away.

American fears are, it seems predicated on China’s wish to maintain a “nuclear saturation screen” near its own coastline, one it deems necessary because of America’s vast fleet of aircraft carriers and military doctrine of dominating the Far East.

Despite rhetoric about China or North Korea, the real impact of a cancelled INF treaty will be a cloud of nuclear doom over Europe. With American nuclear bases in Germany and Italy and a new American base being built in Poland, with an American military presence in the Black Sea, Romania and Ukraine, Russia is likely to not only bolster nuclear forces but to maintain a much higher degree of readiness as well.

The US will do the same and none of it was necessary as the perceived differences between the US and Russia have yet to be established. The US, it seems, is arming for a war but has no enemy, thus, it is seeking one.