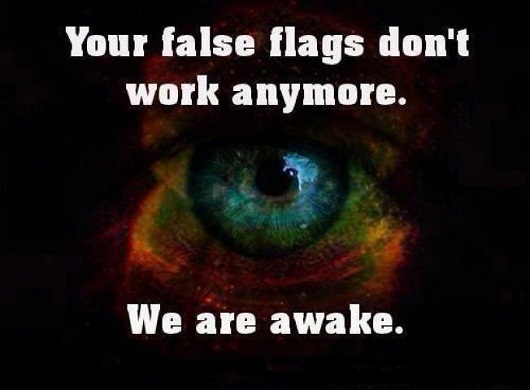 No  person who has any significant knowledge of deep cover black ops could doubt that the so-called “Megabomber” claimed to be Cesar Sayoc is a deep cover Intel planned and deployed covert op, a false-flag designed to point blame one way or another on or away from President Trump.

Cesar Sayoc may be a mind-kontrolled patsy that had nothing to do with the fake bombs. It is possible he knows nothing or could have been conditioned to believe he did so and it was justified.

Sometime the most sophisticated FF psyops are done to appear sloppy and transparent in order to shift blame from the true perps.

Sometimes covert ops are done sloppily on purpose to reflect blame on an intended target. They are set up to be deployed so poorly (on purpose) that it will appear incredulous and be blamed on the intended target itself and not the perp. These kinds of deep cover black ops can be deployed to be so confounded that they can seem almost impossible to unravel, but can still have some unknown, sometimes complex, hidden agenda by the perps who planned it and deployed it.

By confounding the evidence and creating false legends, blame can then be transferred from the public eye to the alleged target. Or the sloppiness can be used to discredit the evidence and make it look like the other party did it, depending on what is desired. Sometimes an op can be done by a third party to discredit both the apparent perp and the apparent target, implicating both to different groups. Unless one has access to wiretaps, and satellite and phone cell ping backs and records, tracing the facts down may be near impossible.

You can be certain however that nothing goes down as far as domestic terror without at least some high officials in the NSA, FBI, CIA and DHS knowing who did what. And usually these top Intel dogs are somehow involved under national security waivers in either the actual op or the cover up.

The use of false identities and “confidential informants” can make any FF op quite confusing and hard to parse out.

The so-called Megabomber perp Cesar Sayoc may not even be a real person at all. Since it has been proved beyond any reasonable doubt that Adam Lanza from Sandy Hook School fame never existed at all or his mother either, it is now well known in the covert govt crimes research community that fake identities can be easily constructed.

Sandy Hook was shut down in 2008 from asbestos contamination that was never abated, years before the fake shooting, the school just used for storage and then later for a false-flag op against the Second Amendment and the so-called assault style automatic rifles.

The Sandy Hook School utility records prove this beyond any doubt and insiders involved have leaked this truth to friends in LE and Intel to the point it is generally known by quite a few LE and Intel. Nobody feels safe talking about it publicly because the agencies involved have a track record of using murder to keep their cover up going.

In fact, the CIA has a whole floor used to construct false identities and phony legends to create a seemingly real person when none exists at all. This can include fake arrest records, fake residencies, fake drivers licenses, fake records of any kind.

Plus, they can create, modify, or make the past of any deep cover agent, operative or asset, disappear any time they want, if they want. If an agent, an operative or an asset becomes unneeded or a risk, they have multiple ways to “burn” him or her.

Burning an agent is standard operation for most involved in serious drug trafficking, terrorism or money laundering. This prevents them from ever testifying because their basic credibility is discredited. During Iran Contra Arms out for drugs in at Mena, Arkansas, the CIA filled a whole prison up at Vacaville, California with their contract pilots who thought they were operating legally under the protection of the USG in order to further real national security. They were jailed to discredit them from future testimony regarding this.

The invocation of so-called “national security” is used to protect the personal security of the Ruling Cabal members that control the American Intel Agencies.

And if an agent, op or asset ever does get a chance to turn real state’s evidence, well then counsel for the Intel agency can file “national security waivers” and immediately require the Judge to bar that court from allowing any related evidence to be presented. This has been done in many cases over the last 54 years ever since the JFK Assassination.

Burning an agent can mean to blow their cover or to prosecute them for a crime they didn’t even do to discredit any future testimony against them. Valerie Plame’s cover was blown by Scooter Libby and Dick Cheney because her husband US Diplomat Joe Wilson found that there was no yellow cake. When an agent is burned their background can be wiped or changed in multiples ways, or they can prosecuted them for a crime they were ordered to do or didn’t even do.

If the so-called alleged perp is a real person and the claims about his past are accurate, then many other possible means of Intel Agency “processing” are possible.

This man could be a demented nutcase from steroid use for body-building (as claimed by the FBI), could have been arrested for selling drugs (as claimed) and if so, as is done so many times, given a weak sentence (or even immunity) to become an “informant”.

Many so-called informants are later set up to be False-Flag, terror patsies and conveniently burned, and even sacrificed physically sometimes as needed.

In fact so many agents, ops and assets have been burned by various Intel agencies that the word is out now and few if any have any more trust in their superiors. This is the main reason that hundreds of agents, ops and assets (former and even current) are leaking anything and everything through third parties. This cannot be stopped even with lethal threats, and some very experienced agents and black ops will take counter actions and have done so to any such games and threats.

The world of Intel has now reached the milestone where agents of even different nations and apparent enemies will no longer play the game according to the Agencies evil rules but have started respecting each other and treating each other differently than what was historical.

This must be changed and the invocation of so-called “national security” to serve as cover for national crimes, RICO crimes, terror, drug trafficking, weapons trafficking, kidnapping and sex trafficking, organ theft and trafficking, theft of funds from the taxpayer, assassinations, murders, war crimes, crimes against humanity, human compromise crimes including such crimes as pedophilia must be made capital felonies.

Right now national security is being frequently invoked to cover the twisted evil personal crimes of the powerful elite deviant Cabal members that use DC as an unregulated financial trough, and to start and run illegal, unconstitutional unwinnable, perpetual wars for big profits for the major stock holders of the Defense contractors and big Wall Street banks.

Getting local Law Enforcement to stand-down is quite simple for an Intel Agency.

State police, Sheriffs and local police can have National Security Letters (NSL) delivered and read by these police authorities (they cannot be kept, only read). In these NSL’s there is a threat that to talk about this or disclose such will result in arrest for a federal crimes, a 10 year sentence and a $10,000 fine.

When national security is thus invoked, it is quite easy to gain compliance from any Law Enforcement agency. Most police are so impressed when an FBI, CIA or DHS officer flips out his credentials he or she would jump out the window on their head if asked to. Compliance is never an issue because most LE know that Intel can destroy their lives quite easily.

Thus it is easy for Intel to get LE to stand down from an area and avoid responding to emergency calls if the Intel agency or an agent orders that. This allows all kind of mischief from harmless sneak and peaks, to no-knock direct home invasions, and covert assassinations made to look like illness deaths or suicide.

In deep cover covert ops (aka Black ops) such as false-flags and synthetic terror, things are usually never as they seem, and the general public is usually easily hoodwinked. Since the advent of the Internet which is the New Gutenberg Press, its Alt Media has penetrated and become quite popular with a growing and significant portion of the populace.

It has now reached about 12%, a actual critical mass turning point. This means that USG’s Big lies, false-narratives and its silly propaganda are increasingly being exposed and rejected by the masses. All secrecy is now ending as the most private sins of the Ruling Cabal are made public more and more each day, with many leaks coming from disgruntled insiders.

Stay tuned because in the next several years every big secret is going to be shouted from the rooftops and this is quite frightening to the Ruling Cabal. It cannot be stopped however, and anything done to try and stop it just will create blow back and speed the process up. The more extreme the Cabal’s corrections, the more blow back and the faster their secrets are revealed.

Bottom line is that even when one recognizes that a terror event was synthetically created (like with the “Blind Sheik, First Trade Center Bomber), what appears to be true with these various types of false-flags may or may not be.

One thing that is certain however is that all are sophisticated Psyops deployed to process the American Mass Mind to help obtain political gains for the group which planned the op or for their intended beneficiaries.

The late great unmatched Gary Moore and his classic hit “Still Got the Blues”. No one can ever replace his guitar and music genius, direct and hard-hitting, immense power unleashed. His fans in the UK understand his unmatched quality, his greatness. His music was never properly marketed inside America and he never received the immense fame he was due for his musical achievements even in the UK, although many of his fans there understood his greatness.