Spinning disasters for audience and personal gain is the meat and potatoes of the media and politicians like Trump and Netanyahu.

First of all, the victims aren’t “Jews.”  Americans were killed.   What their race or religion is or was should have no impact on how we view what happened.  A person, buzzed up by rhetoric and emboldened by poorly advised excessive gun ownership went on a killing spree.

He didn’t know the people he killed, knew nothing about them.  He assumed much, all of it wrong.

He is a social disease as are those like him.

Beyond this, those of us who wait for evidence now invariably suspect that events such as they might well be staged by patsy’s controlled by criminal organizations operating under the authority of fake democracies.

There is a history of “Zionists” killing Jews to scare them into hypervigilence.  This history is well established and may or may not apply here.  There is some evidence that the Paris attacks were this kind of event.

No such evidence, without conjecture, is applicable here unless we learn something we currently don’t know.  We will watch and try to be fair.  That isn’t easy.

If things are as they seem, the guilty here are the hate mongers, Google, Facebook, the ADL, Fox News and the GOP.

There is a clear issue here that so many have forgotten.  You are either a person who favors war and violence for gain or someone who values culture, humanity and human rights.

It is that simple.

If you ever voted for a “Bush,” you were a killer.

America has become a land of concentration camps, millions in prison, most for next to no reason at all, FEMA camps filled with immigrant children stolen from their parents while “average Americans” live in debt slavery waiting to be tossed into the street by Trump’s wildly insane economic gambling.

I remember when combat vets marched to end the war in Vietnam. What do we do today? 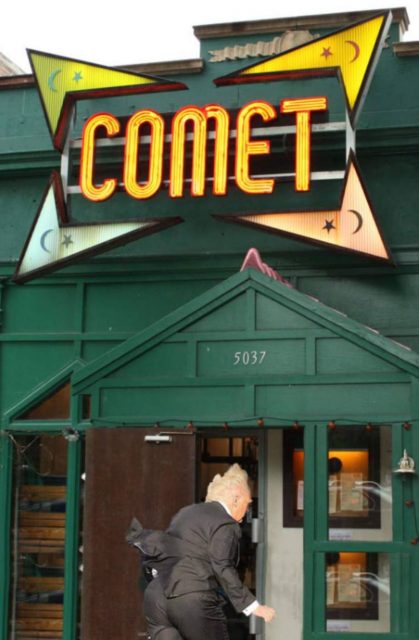 As for the shooting, do remember that the victims were human beings, American citizens, real people with families who happened to be at religious worship.  I am sure no banking conspirator or Mossad “hit man” was killed today.

Time to end the hate and rhetoric, mostly from the mouth of the criminal fool in the White House, and to restore human rights.

It is also time to carefully investigate each of these endless tragedies and, just in case we find something suspicious, try not to cover it up.  Is today a “false flag?”  Trump says so, I’m not so sure.

Do remember Trump, and his lies about our “Kenyan president” or the children kept prisoner in the non-existent basement of a pizza joint.

Want to see trafficked kids?  Wait by the service gate and Mara Lago.