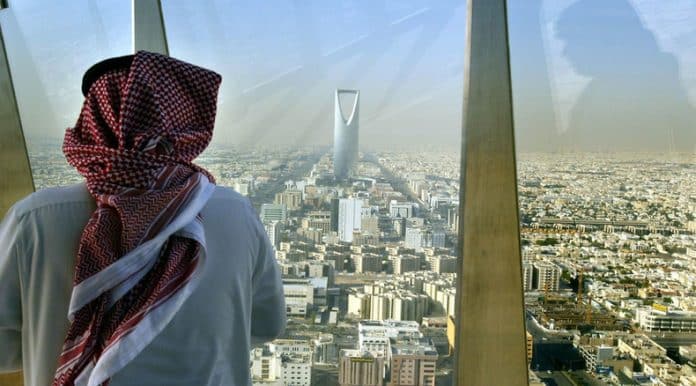 [ Editor’s Note: When you read this gloomy report on Saudi Arabia, keep in mind the trick of choice for countries facing an unfixable economic situation is creating a war to assume special powers to be able to hammer down the expected domestic backlash.

But in Saudi Arabia’s case with its being a autocracy, it already has that power. So the question to be asked is “what are they worried about?” Do the Saudis fear using that power on a broad scale might trigger a new internal opposition emerging among the powerful Sunni business clans that don’t want to go down with the ship?

Most of them have huge amounts of their wealth offshore anyway, and frankly could live very well if Saudi Arabia disappeared as a country tomorrow, something that might even trigger a roar of approval heard around the world saying goodbye to the slave labor state.

The thrill of this could only be exceeded if the same happened to Israel on the same day, and I mean if it turned into a real country with equal rights for all its people, and with its nuclear weapons secured under an international supervision.

And then we have to ask, what was Crown Prince bin Salman’s economic basis for creating a paper $110-billion weapons order with the US when, despite Iran increasing its military power, Iran has had to be focused on defense and retaliation due to the NATO forces arrayed against it. Iran is not a offensive regional threat, due to its lack of force projection logistics capacity.

I will close with the anomaly not covered in the story. Russia should be in the same boat as Saudi Arabia with the lower oil prices. But the difference is that its budget is based on oil prices of $50 per barrel, so it is looking at big surplus which appears to have been spent buying gold all year and selling US bonds.

Russia will end up with a surplus that will go into its reserve fund for a rainy day, something you don’t find many others doing. A country really planning major aggression would be spending all of its budget and then deficit funding those preparations, like the US is doing for example… Jim W. Dean ]

The Middle East’s biggest economy, Saudi Arabia may run out of financial assets within the next five years if the government maintains its current policies, warns the International Monetary Fund.

Saudi Arabia is expected to run a budget deficit of 21.6 percent in 2015 and 19.4 percent in 2016, according the IMF’s latest regional economic outlook.

The country needs to adjust spending, the IMF urged. 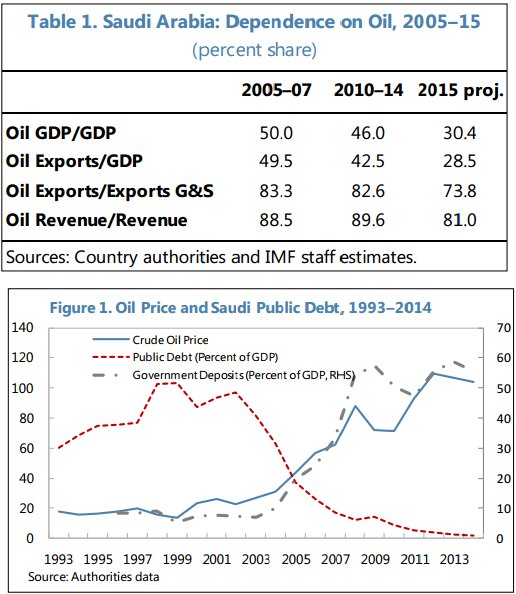 The conflicts have given rise to large numbers of displaced people and refugees, on a scale not seen since the early 1990s, according to the report.

“Achieving fiscal sustainability over the medium-term will be especially challenging given the need to create jobs for the more than 10 million people anticipated to be looking for work by 2020 in the region’s oil exporting countries,” IMF Middle East and Central Asia Department Director Masood Ahmed told journalists after the report’s unveiling in Dubai.

According to the research, many experts suggest low oil prices will remain in place for the foreseeable future.

“For the region’s oil exporters, the fall in prices has led to large fall in revenue, amounting to a staggering $360 billion this year alone,” Masood Ahmed said.

OPEC members Saudi Arabia, Iran, Iraq, Kuwait, Qatar, UAE, Algeria and Libya have all seen their revenues drop sharply as a result of a decline in oil prices.

Saudi Arabia is currently facing a budget deficit for the first time since 2009. The crude price decline has strongly influenced the kingdom’s economy since oil sales account for about 80 percent of its revenues. It has prompted the government to cut spending, delay projects and sell bonds.

The country’s net foreign assets fell by about $82 billion from January to August. The government sold state bonds worth $15 billion (55 billion riyals) this year. 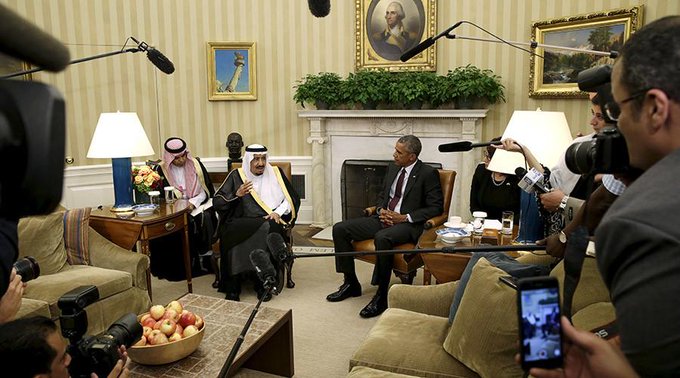 “There have been a number of one-off spending proposals this year that have taken place, and those initiatives have added to the spending needs,” Masood Ahmed said.

The budget deficit caused project layoffs in Saudi Arabia. Companies working on infrastructure projects haven’t been paid for six months or more. Payment delays increased lately as the government wants to cut prices on contracts in order to preserve cash.

Despite the perpetual appeals to reduce output and support crude prices, OPEC has been refusing to do so as the cartel is trying to maintain its market share. However, last month the cartel signaled a possible change of stance, saying it might cut output and is ready to talk to other (non-OPEC) producers. But experts say OPEC’s statements are not important without a change of policy by its biggest crude producer Saudi Arabia.