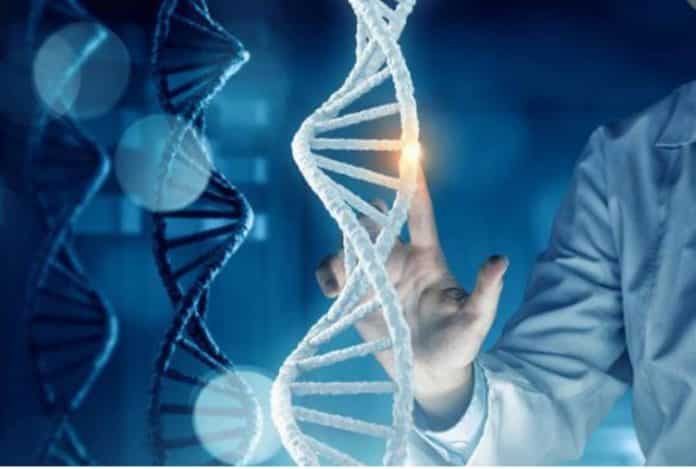 Health Editor’s Note: Now it is possible that a woman who has the human immunodeficiency virus (HIV) will be able to have a baby who does not also have HIV. Currently, babies who have HIV positive mothers will undergo the mother being treated with antiretroviral drug therapy during the pregnancy and labor and then the baby itself will be given at least six weeks of zidovudine therapy. Even if the baby tests negative for the virus at the time of birth, it will be monitored for 18 months to make sure it remains HIV free.

If an embryo’s genes can be edited to not be susceptible to the HIV virus, can they also be edited to not be resistant to all other diseases that are potentially fatal? Can the genes be edited to make sure the human that it will become will not develop heart disease, cancers, diabetes, Alzheimer’s, etc.? We could be viewing a life free of diseases that consume so much of the world’s wealth and bring great pain and suffering.

The technology that this article addresses was no necessarily done as a solution for prevention of HIV and AIDS, but has laid the ground work for being able to edit genes. If that can be perfected, then disease can be a distant, painful memory…..Carol

The results were achieved by editing the genome of embryos at the single cell stage (zygotes) using the CRISPR-Cas9 system. Zygote editing involved cutting out 32 nucleotides from the CCR5 gene sequence encoding the receptor for which the virus attaches to blood cells.

Some of the people on Earth naturally possess just such a variant of the CCR5 gene? and they showed increased resistance to HIV infection. Such technology in the future may help protect children of HIV-infected mothers with a bad response to antiviral therapy from being infected with the immunodeficiency virus.

– I would like to know more about the creation of HIV-resistant human embryos?

– In general, working with the systems of editing the genome of human embryos began not so long ago. The first attempt was made by Chinese researchers in 2015, three years ago. With great difficulty, their work made its way as a publication, because scientific journals did not understand at that time whether such data could be published and how legally allowed such experiments could be. Changing the human genome at the level of the embryo is a new direction, and it is still poorly worked out both in terms of legislation and at the level of public perception.

Our society is very conservative. Even GMOs that have been used in agriculture for more than 30 years, still cause controversy among people. Already two generations grown on GMOs. Numerous studies have shown that GMOs are safer for humans than “classical” agricultural technologies. And society is still wary of plants and animals created using genetic engineering methods.

But this is natural: people are always very suspicious of what they do not understand. For them, this is a black box, beautifully served in theaters by blockbusters about crazy scientists making mutants in their laboratories. Therefore, the entry of genome changes in human embryos into medical practice will be difficult in the first place because of public perception.

Returning to the history of editing the embryo genome, it should be clarified that, in fact, DNA change is not carried out on the embryo as such, but on a single cell – a zygote, which is obtained as a result of fertilization: the fusion of an egg and a spermatozoon. A zygote is the first cell from which the human body develops. Accordingly, the most convenient moment when we can change the genetic program so that it is changed throughout the body is the zygote stage.

Although the idea of ​​changing the zygote genome lies on the surface, its practical implementation until recently was extremely laborious due to the underdevelopment of technologies. However, in the last three or four years, highly efficient methods of genome-directed change have appeared, based on the CRISPR / Cas bacterial system.

– What are the challenges facing this gene technology?

– If we talk about changing the human genome at the level of the embryo, then there are not so many medical tasks for this technology today. The fact is that the appearance of the majority of monogenic hereditary diseases in a child from this pair of parents can be avoided without changing the genome – by simply selecting a healthy embryo as part of the IVF procedure.

One of the potentially important tasks for genomic medicine is the creation of HIV-resistant embryos. But in our studies, the choice of this particular model was not so much for the solution of a specific medical problem, but for the sake of working out the technology of precisely introducing changes to the human genome at the level of a single cell. Today it is more important for us to understand that we can do this, that we control the result and that the technology behaves predictably.

In this case, the model chosen by us is convenient in that we, in fact, do not create a new genotype, but only change one natural variant for another. The fact is that some people (most often in the North European population) have a variant of one of the cell’s surface receptors, the chemokine receptor 5 (CCR5), which is inconvenient for attaching the immunodeficiency virus to the cell surface. It turned out that such a “protective” receptor protects human cells from virus penetration. The carrier of this variant CCR5 is naturally protected from HIV infection.

Genomic editing allows you to turn the usual version of the receptor in the “protective”. Moreover, the code can be changed right at the stage of a single cell for any embryo, even if his parents did not carry the “protective” version. That is, parents who have not had HIV resistance will produce a child with HIV resistance, because we will make a small change in the DNA at the zygote stage.

I repeat, plus this particular model is that we are not inventing a new version of the gene, we are only transferring one natural variant to another, also present in the human population.

Now let’s see where such a modification of the genome could be applied in practice (in medicine). It is known that the majority of patients respond well to treatment for HIV with modern drugs and today, with proper therapy, a person with HIV lives just as much as without HIV. HIV infection itself is not a contraindication for reproductive function today: almost all children in mothers on antiretroviral therapy are born without HIV.

But there are people whose response to antiretroviral therapy is much weaker, apparently due to their individual genetic characteristics. If this is a young woman and she wants to realize the reproductive potential, the risk of having a child with HIV will be much higher than average for her. Such women in the future could be asked to make the fetus HIV-resistant in order to avoid the risk of HIV infection.

Previously, Pravda.Ru wrote about the assumptions that HIV infection is the product of biological experiments .