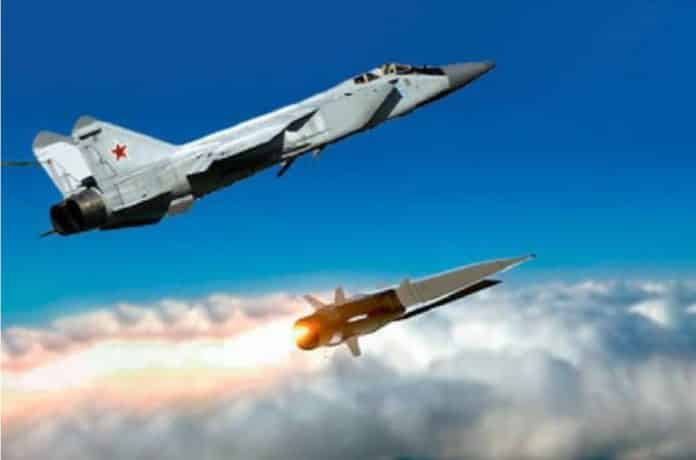 Previously, “Pravda.Ru” already wrote about this . The US government said Russia was going to shoot down American satellites in this way. Also in Washington said that with this initiative, Moscow is playing an unfair and cunning game.

Military expert Viktor Murakhovsky shared his vision of the situation with the editors of Pravda.Ru :

– They woke up something late. Anti-satellite weapons – not space-based, but air-based – began to be developed in the Soviet Union. The carrier of these anti-satellite missiles is the MiG-31 fighter-interceptor, also a Soviet development.

Some time ago, photos of fighter-interceptors MIG-31 with mass-size models of anti-satellite missiles. But after three months, the Americans decided to react to something. I do not know for what reason – we see some of their internal affairs,

I think that in a fairly short time we will complete the tests, and these missiles will go into service.

We are not the only country that does this. China conducted several tests of anti-satellite armament, shot down two or three of its old satellites. But for products of other countries, he did not work.

So we are not alone here. But so far only the world’s largest powers can possess such weapons: the United States, Russia, and the People’s Republic of China.

As for the placement in space of some laser systems … It must be understood, experts say that they cannot be placed in space with the existing power engineering of spacecraft.

Let’s look, for example, at the Peresvet mobile laser complex, at the dimensions of the power plant, and look at the American products that are located on ships or Boeing airplanes.

Any expert will understand – no one has the strength and capabilities to bring the power installation of such dimensions and power into space.

Pravda.Ru also wrote that American intelligence called the year when anti-satellite weapons would go into service with the Russian Federation.